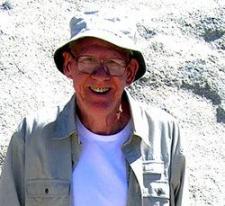 The American historian John Rogers Commons (1862-1945) pioneered the study of labor movements in the United States.

John Commons was born on Oct. 13, 1862, in Richmond, Ind. He was educated at Oberlin College and at Johns Hopkins, where he studied under Richard T. Ely. He sat in the same seminars with another fledgling historian, Frederick Jackson Turner. In 1890 Commons married and became an instructor at Wesleyan University. He returned to Oberlin in 1891 and taught at the University of Indiana the next year. He did not complete his doctorate.

Commons's first book, Distribution of Wealth (1894), was based on a Turnerian framework. Commons claimed that a turning point had been reached in the economic affairs of the United States because of the disappearance of easily available land. In 1896 Commons went to Syracuse University to fill a chair in sociology, and the following year he published Proportional Representation. This work reflected his belief in a democratic, voluntary society and in a system where balance was attained as a result of conflicting pressures.

In 1899 Commons lost his chair in sociology at Syracuse and worked for several nonacademic groups before going to the University of Wisconsin in 1904. The atmosphere was congenial there, as Commons shared faith in adult education and in the "Wisconsin idea"; that is, the state government would utilize the expertise of university professors in reforming and running this same government. His interest at this time had moved toward the study of labor movements. This culminated in two important books: Trade Unions and Labor Unions (1905) and his best-known work, History of Labor in the United States (4 vols., 1918-1935). The latter was written in collaboration with his students. In his study of labor unions, Commons concluded that they had resulted as a reaction to industrial concentration and reflected an American attitude of job rather than class orientation.

Commons's ideas found expression in other books, the most important of which are Legal Foundations of Capitalism (1924) and Institutional Economics (1934). The former portrayed the law as a necessary link to hold society together; the latter held that unemployment was the greatest hazard of capitalism but that collective action could eliminate it. Historical development, Commons believed, came from the bottom up, and the function of scholars was to aid in the reconstruction of society in a classic, progressive way.

Commons died on May 11, 1945. He was acknowledged as the most significant labor historian of his day, and his ideas were perpetuated by his students, the best-known of whom was Selig Perlman at Columbia.

Commons's autobiography, Myself (1934), while pessimistic, catches much of the flavor of the midwestern progressive's character. A discussion of economic ideas may be found in Allen G. Gruchy, Modern Economic Thought: The American Contribution (1947), and in volume 3 of Joseph Dorfman, The Economic Mind in American Civilization (1949). Commons's Institutional Economics: Its Place in Political Economy (1934) presents his mature economic views and contains a complete bibliography of his books and articles published after 1893. □