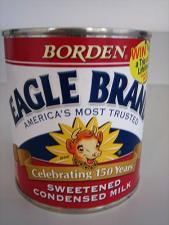 A pioneer in Texas, Gail Borden (1801-1874) became an inventor whose most notable contributions lay in condensing and preserving foods, particularly milk.

Gail Borden was born in Norwich, N.Y., on Nov. 9, 1801. His family moved to Kentucky in 1814. Taught surveying by his father, he helped lay out the city of Covington. The family soon moved to Indiana Territory; Gail, Jr., served briefly as Jefferson County surveyor and taught school. In 1821 he moved to southwestern Mississippi for health reasons. He taught school and worked as a deputy U.S. surveyor for 7 years.

Still searching for a better climate, Borden moved to Texas in 1829. After farming and raising cattle briefly, he returned to surveying. As Stephen Austin's superintendent of official surveys, Borden prepared the first topographical map of Texas. He headed the Texas land office from 1833 until the Mexican invasion. With his brother, Thomas, in 1835 he founded the first permanent Texas newspaper, the Telegraph and Texas Land Register, in San Felipe. The paper was soon moved to the new city of Houston, which Borden surveyed in 1836.

After Texas separated from Mexico in 1836, Borden helped write its constitution. In 1837 he was appointed the first Texas collector of customs by President Sam Houston. Borden surveyed and planned the city of Galveston, continuing as customs collector.

After his wife and children died in 1844 and 1845, Borden decided to alleviate the hardships of pioneers by making concentrated food that would not spoil. His first marketed product was a biscuit of dehydrated meat. At the first world's fair, the London Crystal Palace Exposition (1851), Borden's meat biscuit won him a membership in the London Society of Arts and a gold Council Medal, one of five awarded to Americans. The biscuit, tested by food specialists, retained nutrition and succulence indefinitely. The British saw in it a great, new American enterprise. Borden's biscuits were used by explorers and sailors, but his company failed in 1853 because competing suppliers of meat caused cancellations of army orders for the biscuits.

Visiting the Shaker community at New Lebanon, N.Y., in 1851, Borden observed sugar making with airtight pans and decided that milk could be condensed and could remain wholesome indefinitely. In 1853 he applied for a patent on a process for extracting 75 percent of the water from milk and adding sugar to the residue. The patent was denied on the grounds that the process was not new. Three years later, after demonstrating that the use of vacuum pans was novel and essential to the process, he received the patent.

The New York Condensed Milk Company (much later, the Borden Company) was formed in 1856, financed by Jeremiah Milbank. Several factories were established in Connecticut, New York, and Maine by 1861 and many more in the 1860s. Four more patents on condensed milk were awarded Borden in the 1860s. Early in the Civil War this milk was found to be of great value to the Union Army, and the output of Borden's plants was commandeered. Its use spread rapidly, especially after soldiers introduced it to civilians. Indeed, the Civil War era witnessed a vast increase in all canned-food consumption.

Next Borden patented a process for condensing fruit and berry juices. (It had not been known that spoilage is caused by bacteria, which can be heat-killed, until Pasteur's germ theory in 1864.) The U.S. Sanitary Commission bought Borden's condensed juices to serve to wounded soldiers. Borden also patented processes for making beef extracts and for concentrating tea, coffee, and cocoa.

Returning to Texas, Borden educated dairymen in sanitation, engaged in philanthropy, organized schools for African Americans and whites, built six churches, and supported poorly paid ministers, teachers, and students. He died in Borden, Tex., on Jan. 11, 1874, and was buried in White Plains, N.Y.

The only good biography of Borden, a highly sympathetic one, is Joe B. Frantz, Gail Borden: Dairyman to a Nation (1951). It is illustrated and contains much personal detail. □