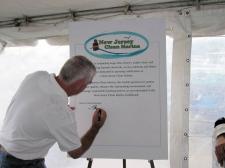 oxford
views updated
Beaton, David (c.1494–1546). Cardinal. Beaton was the nephew of Archbishop Beaton or Bethune of Glasgow and St Andrews, whom he succeeded as archbishop in 1539. He already held a French bishopric, was a cardinal, and had been much employed in James V's French matrimonial negotiations. After James's death in 1542 Mary of Guise relied upon him greatly and he was chancellor [S] 1543–6. He strongly resisted the proposed marriage between the infant Mary, queen of Scots, and Prince Edward of England (later Edward VI). His life-style was magnificent and his behaviour profligate. In March 1546 Beaton was instrumental in the burning of George Wishart, a reformer. Two months later, friends of Wishart burst into the castle of St Andrews and murdered the archbishop. His nephew, James Beaton, was the last catholic archbishop of Glasgow, serving from 1552 until 1560, when he retired to France.