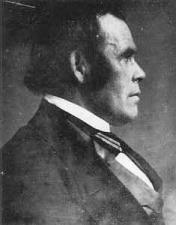 oxford
views updated
Wren, Sir Christopher (1632–1723). One of the greatest English architects. His father was the High Church Rector of Knoyle, Wilts., and he was well connected, but he was also exposed to a spirit of enquiry, and became a pioneer of experimental learning. While at Oxford, he assisted Dr Charles Scarburgh (1616–94), the physician, mathematician, and anatomist, and himself developed an interest in anatomy and astronomy. He invented a model (the Panorganum Astronomicum) to demonstrate various periodical positions of the earth, sun, and moon, and became a skilled maker of models and diagrams. Made a Fellow of All Souls, Oxford, in 1653, in 1657 he was appointed Professor of Astronomy at Gresham College, London. In 1661 he returned to Oxford as Savilian Professor of Astronomy, and, although only 28, was highly regarded by his peers. By that time he was becoming interested in architectural matters, and in 1663 his advice was sought by the Commission appointed to repair St Paul's Cathedral in London. In the same year he designed the new Chapel for Pembroke College, Cambridge, a pleasant, if unstartling Classical building. This was followed by the Sheldonian Theatre, Oxford (1664–9), based on Antique exemplars noted in Italian architectural publications. To roof the considerable span, Wren evolved a timber truss which gained him approbation as an architect, although the Baroque façade opposite the medieval Divinity Schools is some-what hesitant, and clumsy in the sum of its parts. In 1665 he made an important visit to Paris to see ‘esteem'd Fabricks’, which influenced his future work.

After the Great Fire of London (1666) he prepared a plan for rebuilding the City that was not adopted, but he was appointed (with Pratt and May) as one of the Commissioners to survey and determine how best to proceed with the work. He was also appointed (with Hooke and Woodroffe) to rebuild the City churches, and for this task Wren had overall control, although claims that he personally designed each building are exaggerated, and in nearly all cases the furnishings and architectural details were designed by craftsmen, Wren and his colleagues acting in supervisory roles. Designs for the 50 or so City churches either originated in or were vetted by his office, and in most cases accorded with Wren's idea of how ecclesiastical designs should be adapted for Protestant worship. The inventive towers, however, including that of St Dunstan-in-the-East (1697–9—Gothic), all seem to have originated in, or were modified by, Wren's office. Plans were also varied and interesting, notably the domed St Stephen, Walbrook (1672–9), and St Mary Abchurch (1681–6), a single-volume domed space. The galleried auditory church was ideally suited to Protestant worship, and the type was perfected at St Peter's, Cornhill (1675–81), St Clement Danes (from 1680), and St James, Piccadilly (1676–84). Wren's greatest achievement was the new St Paul's Cathedral (begun 1675), although he himself wanted a centrally planned church on the lines of the ‘great model’ of 1673. As built, St Paul's was essentially a medieval plan, adapted with a drum and dome over the crossing, and with western towers owing much to Roman Baroque prototypes. The western façade, with its coupled columns, echoes the east front of the Louvre, Paris, and the great drum and dome were a triumphant affirmation of Wren's intellect, invention, and ability. The design of the Cathedral's exterior includes features such as aedicules with windows below in the pedestals, and a screening upper storey on the sides that serves to hide the nave buttresses, both of which have been the subject of adverse criticism for their alleged ‘falseness’.

In 1668/9 Wren became Surveyor-General of the King's Works, succeeded May as Comptroller at Windsor in 1684, was appointed Surveyor at Greenwich Palace in 1696, and was Architect in charge of the building of the Military Hospital at Chelsea. The last, with its bold and severe Roman Doric Order (1682–9), was suggested by the Invalides in Paris, and also by Webb's plan for the Palace at Greenwich. When Wren prepared designs for the completion of Greenwich Palace as a Naval Hospital, the need to retain Inigo Jones's Queen's House led to the solution of building two tall cupolas on either side of the central axis (from 1696) and the making of the grandest Baroque composition in England, including the handsome Hall (1698), decorated by Sir James Thornhill (1675–1734), 1708–27. He prepared major schemes for the Palaces of Whitehall (destroyed 1698), Winchester (destroyed 1894), and Hampton Court (south and east ranges (1689–94)) and interior of the King's apartments (completed by Talman (1699)).

Other works include the Garden Quadrangle, Trinity College, Oxford (1668–1728—much altered), the Gothic Tom Tower, Christ Church, Oxford (1681–2), and the very grand Library at Trinity College, Cambridge (1676–84), one of the noblest buildings of its time. He designed Marlborough House, St James's, London (1709–11—later altered on numerous occasions), in which work he was assisted by his son, Christopher (1675–1747), who collected the papers that led to Parentalia, or Memoirs of the Family of the Wrens, published by Christopher jun.'s son, Stephen, in 1750. Sir Christopher Wren's work was influenced by French architecture, notably that of Mansart and Le Vau, and by Netherlands Classicism and Roman Baroque. He in turn influenced Vanbrugh, Christopher Kempster (1627–1715—the master-mason who built the City Churches of St Stephen, Walbrook, St James, Garlickhythe (1764–87), and St Mary Abchurch, and who was responsible for the Town Hall, Abingdon, Berks. (1678–80)), and Hawksmoor, who was his assistant and pupil.

William Of Wynford , Wynford, William of (fl. 1360–d. 1405). English master-mason. In 1360 he was working at Windsor Castle, Berks., under Sponlee and William of Wykeham… Nicholas Hawksmoor , Hawksmoor, Nicholas Hawksmoor, Nicholas (1661–1736). One of the two most imaginative English Baroque architects (the other was Vanbrugh), he worked w… Sir Edwin Landseer Lutyens , Lutyens, Sir Edwin Landseer (1869–1944). English architect held by some as the greatest since Wren. He began his career in the office of George and P… Sir Robert Smirke , Smirke, Sir Robert (1780–1867). English architect. He trained briefly with Soane (with whom he quarrelled) and the younger Dance before travelling in… Giacomo Della Porta , Giacomo della Porta Giacomo della Porta The Italian architect Giacomo della Porta (ca. 1537-1602) was the leading Roman architect in the last quarter… William Butterfield , Butterfield, William (1814–1900). One of the most prolific and original English Gothic Revivalists, he was born in London, for a while worked with th…