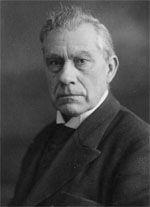 Beijerinck was the youngest of four children of Derk Beijerinck, a tobacco dealer, and Jeannette Henriëtte van Slogteren, After going bankrupt when Martinus was two, the father became a railway clerk, which necessitated moving his family several times. When Beijerinck graduated from secondary school at Haarlem in 1869, he had decided upon botany as a career but could not afford a university education. With financial assistance from an uncle, he settled upon a three-year course at the Polytechnical School in Delft. He received a diploma in chemical engineering in July 1872, and in October enrolled in the doctoral program in botany at the University of Leiden. Beijerinck supported himself by teaching at the Agricultural School in Warffum and later at a secondary school in Utrecht. In 1876 he was appointed to the Agricultural School in Wageningen, where he taught and did botanical research. A year later he received the doctorate for his dissertation on the morphology of plant galls. Beijerinck was elected to the Royal Netherlands Academy of Sciences in 1884. In the same year he accepted a position as bacteriologist at the Dutch Yeast and Spirit Factory in Delft, although he had no experience in that field. In 1895 he became professor of microbiology at the Polytechnical School in Delft, where he founded the Laboratory for Microbiology. Beijerinck, who never married, remained at Delft for the next twenty-six years, leading a solitary life devoted to scientific pursuits.

Beijerinck received many honors, including the Order of the Dutch Lion (1903) and the Leeuwenhoek Medal of the Royal Netherlands Academy of Sciences (1905), as well as several awards from abroad, and was a member of several foreign scientific and medical societies. On his seventieth birthday in 1921, Beijerinck was presented with five volumes of his scientific papers, a publication financed through contributions from friends, former students, and the Dutch government. He reluctantly retired a few months later to the town of Gorssel, in eastern Holland, where he lived with his two sisters. He died of cancer at the age of seventy-nine.

Beijerinck wrote over 140 papers on botany, microbiology, chemistry, and genetics. His earliest research was on gall formation. A paper of 1882, in which he described and illustrated the biology of gall wasps and the development and structure of galls, still serves as a basic reference in cecidiolo-gy. In a paper of 1896 he compared gall formation with normal ontogeny and made the precocious suggestion that both processes are controlled by enzymes. Thus led to the subject of ontogeny, he concluded in 1917 that the development of higher plants and animals is determined by a series of “growth enzymes” that become active in fixed succession. Some of the many other botanical problems that he investigated were phyllotaxy, regeneration, and the genesis of adventitious organs.

Beijerinck’s first major achievement in microbiology was the cultivation and isolation in 1888 of Rhizobium leguminosarum, a bacillus that fixes free nitrogen and causes the formation of nodules on the roots of Leguminosae, In 1889 he published a paper on auxanography, a method for culturing microorganisms that is based on the diffusion of nutrients through a solid gel. He also investigated luminous bacteria; obtained the first pure cultures of green algae, Zoochlorellae, and the gonidia of lichens: and made thorough studies of several yeasts and of the butyric acid and butyl alcohol bacteria.

One of Beijerinck’s greatest accomplishments was the development, simultaneously with Winogradsky, of the technique of enrichment culture. Beijerinck had observed that most microorganisms occur in most natural materials, but in numbers too small to be studied. By transferring these materials to an artificial medium adapted to the specific nutritional requirements of the microorganism under study, he could accumulate the microorganism to the extent that it could be isolated in pure culture. Using enrichment cultures, Beijerinck was able to isolate numerous highly specialized microorganisms, many for the first time: sulfate-reducing bacteria, urea bacteria, oligonitrophilous microorganisms, denitrifying bacteria, lactic and acetic acid bacteria. Of note is his characterization of a new group of nitrogen-fixing bacteria, Azotobacter, which Winogradsky had previously isolated but had failed to recognize as nitrogen-fixing. In addition Beijerinck named a new genus, Aerobacter, of which he distinguished four different species, and also wrote several papers on microbial variation.

Intermittently from 1885 to 1900 Beijerinck did research on tobacco mosaic disease. This disease, which today is known to be caused by a virus, at that period was assumed, like all infectious diseases, to be microbial in origin. By 1898, however. Beijerinck had been led by several observations to conclude that he was dealing with a unique type of pathogen. First, he found that sap from plants infected with tobacco mosaic disease did not lose infectivity after passage through a filter impervious to microorganisms. Furthermore, the agent could be precipitated by alcohol, a property not normally associated with living organisms. Second, he observed that a filtered extract from infected plants could diffuse in a solid agar medium. To Beijerinck this meant that the agent had to be “fluid” or non-particulate, since the capacity to diffuse was then believed to be a means of distinguishing molecular substances from larger, supposedly nondiffusing particles and cells. Third, he noted that the pathogen was unable to reproduce outside the host and seemed to multiply only in parts of the plant undergoing rapid cell division. Reluctant to accept the idea of an actively self-reproducing molecule, he suggested that replication might occur passively by incorporation of the pathogen into the reproductive machinery of the host cell. On the basis of these observations, Beijerinck concluded that tobacco mosaic disease was caused by a contagium vivum fluidum. a term coined to convey his concept of a living infectious agent in fluid (noncellular) form. This was a revolutionary idea at a time when life, as evidenced by reproduction, and cellularity were thought to be inextricably interconnected.

Both Ivanovsky, a Russian botanist, and Beijerinck have been credited with the ’discovery’ of the virus. There is no doubt that in 1892 Ivanovsky was first to report the filterability of an infectious agent now recognized to be a virus, yet he continued to believe that it had to be a type of bacterium. Beijerinck, in contrast, recognized the causal agent of tobacco mosaic disease as a completely new type of infectious agent, and suggested that other diseases might be caused by similar entities. His concept of the contagium vivum fluidum was virtually forgotten until 1935, when Stanley’s crystallization of the tobacco mosaic virus revived interest in Beijerinck’s self-reproducing, noncellular, infectious fluid.

Taciturn and somewhat acerbic, Beijerinck was nonetheless respected for the breadth of his scientific knowledge, his exceptional observational powers, and the originality of his research. His insatiable scientific curiosity often induced him to abandon a research problem once he had answered the major questions, leaving the exploration of finer details to others. Perhaps Beijerinck’s most lasting achievement was to establish, with Wino-gradsky, the importance of microorganisms in the cycles of matter, and to demonstrate how each is specialized to perform a particular kind of chemical transformation.

I. Original Works. Beijerinek’s scientific papers are reproduced in Verzamelde geschriften van M. W. Beijerinck, G. van Iterson, Jr., L. E. den Dooren de Jong, and A. J. Kluyver, eds., 5 vols. (The Hague, 1921). The papers are arranged chronologically by date of original publication and appear in the language in which they were first published: Dutch, German, English, or French. Vol VI (The Hague, 1940) contains papers by Beijerinck that appeared after 1921, indexes to all 6 vols., and biographical material.

Born in Amsterdam, Martinus Willem Beijerinck was the son of a tobacco dealer who went bankrupt. In response to his father's misfortune, Beijerinck would devote most of his scientific career to the tobacco mosaic virus , a pathogen causing an economically devastating disease that dwarfs tobacco plants and mottles their leaves.

Beijerinck, who graduated from the Delft Polytechnic School, began his research under the assumption that the tobacco mosaic disease was caused by an unidentified bacterium or a parasite. Attempting to isolate the causative agent, Beijerinck filtered the sap of an infected plant to remove all known bacteria ; however, the resulting liquid was still infective. In addition, the filtered substance was capable of infecting another plant, which could infect another, demonstrating that the substance had the ability to multiply and grow. The Russian botanist Dmitri Ivanovsky had come up against the same type of agent, but had failed to report its existence, assuming instead that his research was flawed.

In 1898 Beijerinck published his work, which maintained that tobacco mosaic disease was caused not by bacteria, but by a living liquid virus that infected only growing plant organs where cellular division allowed it to multiply. This new agent he called a filterable virus, from Latin meaning filterable poison. Louis Pasteur had speculated about the existence of germs that were smaller than bacteria, but did not conduct research into this phenomenon. Beijerinck asserted that the virus was liquid, but this theory was later disproved by Wendell Stanley, who demonstrated the particulate nature of viruses . Beijerinck, nevertheless, set the stage for twentieth-century virologists to uncover the secrets of viral pathogens now known to cause a wide range of plant and animal (including human) diseases.

Wendell Meredith Stanley , Stanley, Wendell Meredith STANLEY, WENDELL MEREDITH chemistry, virology, education. In 1935 Wendell Stanley crystallized tobacco mosaic virus, an ach… Stanley Ben Prusiner , Stanley Ben Prusiner Stanley Ben Prusiner Stanley Prusiner (born 1942) won the Nobel Prize in Physiology for Medicine in 1997 for his discovery of th… Eduard Buchner , Buchner, Eduard Buchner, Eduard chemistry. Buchner came from an old Bavarian family of scholars. His father, Ernst, was professor of forensic medicin… Bacteria , Bacteria are a group of one-celled organisms so small they can only be seen with a microscope. As the most abundant form of life on Earth, they live… Louis Pasteur , PASTEUR, LOUIS (b. Dole, Jura, France, 27 December 1822; d. Chateau Villeneuve-l’Ètang, near Paris, France, 28 September 1895) crystallography, chemi… Oswald Theodore Avery , Oswald Theodore Avery Avery (1877?-1955) was one of the founding fathers of immunochemistry and a major contributor to the scientific evolution of mi…