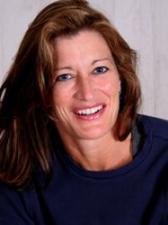 Rising steadily in the ranks of news broadcasting from regional reporter to anchor for nationally shown television programs, Rolonda Watts parlayed her growing reputation into the upper ranks of television stardom by becoming host of her own talk show in 1994. When Rolonda first went on the air, Watts was one of the few talk-show hosts with a background in journalism. “First and foremost, I’m a journalist,” she said in the press kit for her show. “And I bring my experience as a journalist to the table. The result is that I can take a TV talk show and make it television again, instead of just radio on television.”

Journalism was not the first choice of career for Watts, when she was growing up in Winston-Salem, North Carolina. She wanted to become an actress, but her parents were somewhat leery of her ambition. They convinced Watts to go to graduate school first before committing herself to an acting career. At the Columbia School of Journalism Watts discovered the immense impact of the media and was hooked. She recognized the ability of a journalist to cause change, and her dream of becoming an actress was redirected toward a career in news broadcasting.

Part of that dream was a desire to work in New York City, a yearning that had been nurtured since a family trip to the city when she was a child. She had kept a subway token from the trip as a souvenir, and the token became somewhat of an amulet for Watts. “I wore it [the token] around my neck,” she said in the Rolonda press kit. “I remember that printed on it were the words, ‘Good For One Fare,’ and I knew that with that little token I could go anywhere I wanted in New York City. It opened up endless possibilities for me. I felt that if I dedicated myself and made an all-out commitment, I could make my career and life dreams come true.”

Watts began her journalism career as a general assignment reporter for WFMY-TV, the CBS affiliate in Greensboro, North Carolina. From there she went on to become the anchor for New Jersey Nightly News, for New Jersey’s public television stations. She finally made it to the Big Apple with her subsequent tenures as a street reporter for WNBC-TV and WABC-TV in New York City.

Watts’s visibility on the air increased when she became a moderator for WABC-TV’s weekly political forum, Eyewitness News Conference. She also served as a weekend anchor and reporter for WNBC-TV in New York, and

During her rise up the broadcasting ladder, Watts spoke out actively on behalf of women’s presence in the media. She discussed the topic before such groups as the Harlem Young Women’s Christian Association (YWCA) and the Parent Media Watch Organization. Her efforts helped build her reputation, and she was named a “person to watch” on the cover of Jersey Monthly Magazine.

Watts’s performance on the now-defunct Attitudes was pivotal in establishing her skills at handling the talk-show format. It also gave her exposure that paved the way for hosting her own nationally syndicated show. An especially important admirer of Watts was Roger King of King World Productions, the company that has syndicated such blockbuster programs as Oprah, Jeopardy, and Wheel of Fortune. Watts had met King in 1989, and the meeting would have a major impact on her career. “He [King] told me that I had too much personality to be in the news and should consider becoming a talk-show host,” Watts told Essence.

While she was co-hosting Attitudes in 1992, Watts was asked by King to join the staff of the top-rated Inside Edition, a nationally syndicated television news magazine. King considered the offer a “test run” to see how the national public would respond to Watts. While serving the show as senior correspondent for the weekday show and weekend anchor, Watts covered topics ranging from teenage alcoholism in Iceland to black cowboys in Seattle.

When her appeal to mass audiences proved to be highly favorable, King gave Watts the chance to host her own talk show. The hour-long show was named Rolonda and was syndicated nationwide. It was to air discussions of substantive and controversial issues of the day, with frequent appearances by experts and celebrity guests. Watts also became a supervising producer of the show.

Rolonda was filmed in New York City and was to premiere on January 17, 1994, but it was blacked out almost everywhere due to continuing news coverage of the earthquake in Los Angeles. But once it began airing, the show soon established itself as a mainstay of the daily television schedule. From the start Watts emphasized that her program would never resort to the sleazy or titillating topics that have become the staple of some talk shows. “I take the high road when it comes to subject matter,” she told Upscale. “I’m not giving up my integrity just because it’s a talk show.” She also told Upscale that her background as a broadcaster gave her “the ability to go out in the field and enhance the subject matter.”

“We want to take this show to a different level,” claimed Watts in her press kit. “People want to make changes in their lives. They want to resolve their problems. What we’re trying to do is empower them by examining issues that are relevant, thought-provoking, and passionate. We may not be able to find solutions every day, but, in some way we may be able to have a profound effect on their lives and the lives of our viewers by focusing on such issues.”

During its first year on the air, Rolonda targeted a variety of major news developments and social issues, including gun control; day-care disasters; teen sex, violence, and drinking; welfare fraud; adult drug and sex abuse; serial killers; gambling addiction; gay rights; and AIDS in the workplace. When the murder of former football star O. J. Simpson’s wife became headline news in the summer of 1994, the show telecast six live broadcasts from Los Angeles, where it presented an open forum on what the nation was feeling and saying about the case.

As Watts stated in the show’s press kit, “I can ask the questions that need to be asked and I’m confident that, because of my background, there’s virtually nothing that a guest or audience member can toss at me that I can’t handle.” Numerous high-profile guests have appeared on the show, including provocative figures such as ice skater Tonya Harding who was accused of engineering an attack on fellow skater Nancy Kerrigan; John Wayne Bobbitt, whose wife severed his member after an alleged rape; and Gennifer Flowers, who claimed U.S. President Bill Clinton sexually harassed her while he was still governor of Arkansas. Among the “firsts” on Rolonda was the show entitled “Teens Talk About Sex: Adolescent Sexuality in the ’90s,”— the first completed report on teenage sexuality in nearly five years.

When asked by Deborah Gregory of Essence what she liked most about the show, Watts replied, “The chance to make people feel something, and I hope compel them enough to take positive actions.” She has denied that her race played any part in her being chosen to host her own show. As she told Upscale, “Our shows belong to anybody, and they shouldn’t be targeted. When we talk about the welfare of our children, it doesn’t have a color.”

Watts became the owner of her own production company, Watts Works Productions, Inc. She has also maintained an active presence in the community with her support of social reform and has been in constant demand as a speaker for groups such as the Girl Scouts of America. She has served as spokesperson for the United Negro College Fund, Stopping AIDS Together, the National Glaucoma Trust Fund, and other professional and businesswomen’s associations. Her work with inmates at Rahway State Penitentiary in New Jersey earned her a special recognition award, and she was bestowed with a “Hero” accolade for her work at the Mill Bank Children’s Center.

Despite entering a crowded field of more than 20 daytime talk shows, Rolonda Watts has made her mark as a host with her enthusiastic personality and her show’s combination of information, controversy, and entertainment. The show made her one of the most highly visible and popular female television personalities in the United States.

Additional information for this profile was obtained from the press kit for the Rolonda show, produced and syndicated by King World Productions.

Jane the marriage counselor, "Guess Who's Not Coming to Counseling," The Steve Harvey Show, The WB, 2000.

Herself, "Election," The Proud Family (animated), The Disney Channel, 2003.

Appeared as Dorothy Dandridge in the short film Defying the Stars.