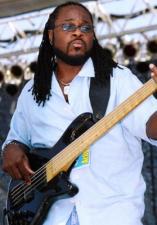 Forced to Wangle the Exhale Audition

Lela Rochon won critical acclaim and the hearts of moviegoers for her role in the film version of Terry McMillan’s bestselling novel Waiting to Exhale, but she was no novice to show business. Rochon worked as a model and dancer for over a decade, appeared in numerous television commercials, and won small film parts. Yet the determined, levelheaded actress saw her years of obscurity part of a master plan: “I’m glad in a way that my success took a while,” Rochon told Essence’s Martha Southgate. “If this had happened overnight, I’m not sure I would have been ready for it. I might have been a spoiled brat or something,” she added.

Rochon was born Lela Rochon Staples to Samuel and Zelma Staples of Torrance, California. Though she had an older half-brother, Rochon grew up in an only-child household. Her father owned a graphic-arts business, and her mother was a nurse practitioner. His daughter, Samuel Staples told People in 1996, “was intensely competitive” by the time of her formative years. Rochon was a star athlete at Cerritos High School, excelling in track and basketball; she also found time to perform in school productions. “It served her well in going into show business,” her father noted. After graduation, Rochon enrolled at the Dominguez Hills campus of California State University, where she majored in communications, and contemplated going to law school after her undergraduate degree.

But Rochon’s genetic combination of brains and beauty were inadvertently leading her down another path. “In Los Angeles, people stop you on the street and say, ’Do you want to model? It pays two hundred dollars an hour!’” she told Cosmopolitan’s Tom Green. Rochon found it a difficult offer to pass up, and the money helped pay for college tuition and books. She was even able to buy her own place after she appeared in over two dozen “Spuds MacKenzie” commercials for Bud Light beer in the late 1980s. But Rochon found commercial and modeling work spiritually dissatisfying. “Maybe I’ve always been too intellectual for it,” Rochon told Aldore Collier in Ebony. “It was nothing I could see myself doing for the rest of my life,” she continued.

Rochon had, however, discovered that her personality

Awards: Nominated for Cable/ACE award for Best Actress for her performance as Mildred Bean Loving in the Showtime movie Mr. and Mrs. Loving.

“clicked” with the camera, and began seeking wider opportunities on-screen. First, she danced in videos—she appeared in both Lionel Ritchie and Luther Van-dross projects—and in 1985, while still at Cal State, won a part in the made-for-television movie A Bunny’s Tale, based on feminist Gloria Steinem’s infiltration of the Playboy Club as an undercover “Bunny” during the 1960s. Rochon also appeared on The Cosby Show, playing a pregnant friend of Lisa Bonet’s character; the episode was nominated for an Emmy. Other credits on Rochon’s resume from the late 1980s and early 1990s include appearances on the television shows “21 Jump Street,” “Roc,” and “The Fresh Prince of Bel-Air.”

Rochon’s first big break came when she won a small but pivotal role in the 1989 Eddie Murphy film Harlem Nights. She spent only ten minutes on screen as a dressed-to-the-nines hooker, but it was a sassy performance that earned notice. Three years later, Murphy cast her in a small role in Boomerang, and Rochon again stole the moment—her scenes turned out so well they were used to promote the film. Yet it was still difficult for Rochon to find steady, challenging work, given the dearth of parts for African American actresses. She did many television show pilots that were never picked up for the fall season, and as she neared thirty, grew somewhat discouraged.

But the competitive streak that Rochon’s father noticed remained a strong element in her personality. She grew more determined to succeed, and started picking and choosing her work more carefully. “I wasn’t going to do sitcoms or guest-star as everybody’s girlfriend, because I was getting no respect,” Rochon told People. She continued taking acting classes, and began seeking out more serious roles herself—instead of waiting for them to come along. Meanwhile, she took a recurring role in the cast of “The Wayans Brothers,” a comedy program. The Wayans siblings were a respected comedy duo in the entertainment industry, and she was at least happy to find steady work.

Forced to Wangle the Exhale Audition

When Rochon read Terry McMillan’s 1992 bestseller Waiting to Exhale, a novel centered around the romantic travails in the lives of a quartet of successful, intelligent African American women, Rochon felt a connection. “I knew that Robin was my part,” she told Collier in Ebony when she heard it was being made into a film. “I was like, ‘Oh please, my name is written all over this.’ The fact that I was passed over and not even considered for it just fueled me even more,” she added. Rochon had not even been able to wangle an audition with director Forest Whitaker—but she came up with an alternate plan. She knew that the hairdresser on “The Wayans Show” also knew McMillan, and Rochon managed to get a meeting with the writer. McMillan, in turn, recommended that Whitaker meet with her, and Rochon was allowed to read for the part—though Whitaker had already made up his mind and cast another actress.

Yet Rochon won the role of Robin as a result of her tenacity, or, as she put it to Cosmopolitan’s Green, “my desire was born entirely of desperation.” Feeling she had “nothing to lose,” Rochon dazzled Whitaker at her reading by whipping off a wig and ad-libbing a few lines. “You don’t get great movies without taking big chances. I’ve always gone after the things I want, but never with such a vengeance,” Rochon told the journalist, and her strategy worked. Waiting to Exhale’s studio, Warner Brothers, did make Rochon sign a six-year contract in return for the plum role, and that binding agreement appeared as if it might lock Rochon into the roles the studio wanted for her. Because of this, some friends and colleagues advised her against the part, but Rochon remained committed.

The success of the film made Rochon a household name: by early 1996, Waiting to Exhale had become a box-office phenomenon that was taking in millions of dollars weekly, and Rochon was a star. “Although Exhale is an ensemble effort, it is Rochon who most surprised fans with her versatile acting effort,” wrote Ebony’s Collier. Female moviegoers identified with Rochon’s realistic portrayal of Robin. The career-making role was not that great of a stretch: her character is bright, dynamic, successful—and unlucky in love. “I relate to Robin’s pain,” Rochon told People. “Some people never take the time to know that I have a college degree, that I’m independent, that I’m an intelligent young African-American,” she continued.

Rochon was next cast as an attorney in The Chamber, a John Grisham thriller released in late 1996. She starred opposite Gene Hackman and Chris O’Donnell. “I think the fact that I’m getting roles written for White actresses is a huge improvement for everyone,” Rochon told Essence’s Southgate. Rochon also won praise for her role as Mildred Loving in the 1996 Showtime movie “Mr. and Mrs. Loving.” The film depicted the true story of an interracial couple whose letter to Attorney General Robert Kennedy sparked a legal battle that went all the way to the U.S. Supreme Court. In 1960, the real-life Lovings (Timothy Hutton played Rochon’s on-screen husband) were arrested and jailed on their wedding night because of anti-miscegenation statutes (laws barring interracial marriage). They were banished from the state of Virginia for 25 years and ostracized; the 1967 Supreme Court decision ruled that such state laws were unconstitutional. “It blew my mind to be offered such a substantial role so quickly after Waiting to Exhale,” Rochon told Deborah Gregory in Essence. “It was an honor to play a person of such depth,” she added.

Rochon also made a film with Tupac Shakur and Jim Belushi called Gang Related, in which she played an exotic dancer. Shakur was murdered shortly after the film was finished. After his death, Rochon found a note the rapper/actor had stashed in her purse with an invitation to call him if she wanted to talk. “Then his death really hit home,” Rochon told People. The actress remains philosophical about the path her own career has taken. After years of winning roles for her good looks, Rochon had at one time grown discouraged of ever attaining the difficult and challenging work she so desired. “I think my looks hurt me along the way in trying to be taken seriously,” she told Collier in Ebony. “And now they’re finally benefiting me,” she continued.


Career: Actress. Fred Amsel and Associates, Inc., worked as a model; also worked as a dancer. Appeared in commercials, including as a Spudette in Spud Mckenzie commercials for Bud Lite beer, 1984–86.

Appeared in a recurring role on Generations, NBC.

(As Lela Rochon Staples) Exquisite woman, Into the Homeland, HBO, 1987.

Also appeared as Victoria, Out All Night.