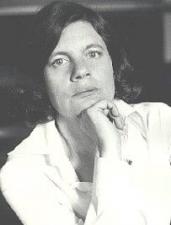 A best-selling novelist, short-story writer, distinguished critic, and winner of many prestigious awards and prizes, A. S. Byatt is one of the most ambitious writers of her generation. Her short stories are of crucial interest in connection with her overall work and with regard to postmodernist developments of the genre. Because of her imaginative wisdom and understanding of contemporary culture, Byatt's short stories significantly enrich the

postmodern literary scene, while she enjoys a high profile in the media and in public life in general.

Works in Biographical and Historical Context

A Gifted Student A. S. Byatt was born Antonia Susan Drabble on August 24, 1936, in Sheffield, England, the eldest daughter of John Frederick Drabble, a courtroom lawyer, and Kathleen Marie (née Bloor), a schoolteacher. She is the sister of writer Margaret Drabble. She was educated at Sheffield High School and the Mount School, York, a Quaker foundation. Antonia took a bachelor of arts degree (with first-class honors) from Newnham College, Cambridge, and pursued postgraduate study at Bryn Mawr College in Pennsylvania (1957– 1958) and Somerville College, Oxford (1958–1959).

Academic and Literary Pursuits From 1962 to 1971, she taught in the Extra-Mural Department of London University and from 1965 to 1969 at the Central School of Art and Design, London. She also published her first two novels, Shadow of a Sun (1964) and The Game (1967), as well as her first study on Iris Murdoch, Degrees of Freedom (1965). In 1969, Byatt married Peter John Duffy, with whom she has two daughters, Isabel and Miranda.

The 1970s were a fruitful decade for Byatt in terms of academic work. In 1970 she published the study Wordsworth and Coleridge in Their Time, which was followed by her second monograph on Murdoch, published in 1976. In 1972 she was appointed a full-time lecturer in English and American literature at University College London. She was appointed a Booker Prize judge for 1974 and a member of the BBC Social Effects of Television Advisory Group (1974–1977) as well as of the Board of Communications and Cultural Studies of the Council for National Academic Awards (1978– 1984). After publishing her third novel, The Virgin in the Garden (1978), she edited, together with Nicholas Warren, George Eliot's The Mill on the Floss (1979) for Penguin Classics.

Major Success in Fiction In 1981 she was promoted to a senior lectureship, and in 1983, when she was elected fellow of the Royal Society of Literature, she retired from academic life to write full-time. In 1985 she published her fourth novel, Still Life, which won the PEN/Macmillan Silver Pen Award for fiction. She served on the Board of Creative and Performing Arts (1985–1987) as well as the Kingman Committee on the Teaching of English (1987–1988), and in 1990 she published George Eliot: Selected Essays, Poems and Other Writings.

Byatt's career as a novelist reached a turning point in 1990, when the publication of Possession: A Romance brought her international fame. She was appointed a Commander of the British Empire (CBE) in addition to winning the Irish Times/Aer Lingus International Fiction

Prize, the Eurasian Regional Award of the Commonwealth Writers Prize, and, most important of all, the Booker Prize for Fiction. By December 1995 Possession had been translated into sixteen languages, and its phenomenal success has often been compared to that of Umberto Eco's The Name of the Rose (1980), or Salman Rushdie's Midnight's Children (1981). Byatt's next novel, Babel Tower (1996), took six years to write and publish.

Currently, Byatt holds several honorary doctorates, lives in London, and contributes regularly to journals and newspapers including The Times Literary Supplement, The Independent, and the Sunday Times, as well as to radio programs and the British Broadcasting Corporation (BBC).

Influences In merging realism and naturalism with fantasy, Byatt has been influenced by an eclectic group of esteemed writers, from George Eliot to Robert Browning. In her midcentury-England novels, she takes inspiration from such writers as D. H. Lawrence. And she references everything from Romantic and Victorian literature to research books on zoology as also informing her intertextual work. But “The novelist I love most,” she asserts, “is Marcel Proust.” “After him, [Honoré de] Balzac, [Charles] Dickens, Eliot, Thomas Mann and [Henry] James, Iris Murdoch, Ford Madox Ford, and Willa Cather. And Leo Tolstoy and Fyodor Dostoevsky.”

High Style A central characteristic of Byatt's handling of stories is the manner in which they are made to refer to their own status as texts and the ways in which different narrative expectations and multiple types of text—letters, diaries, journals, fairy tales—are merged. In this respect, Byatt's entire collection abounds in what are called intertextual references, careful and thorough blends of multiple outside texts into her own. That is, her writing is rich in echoes of her earlier works or works by other authors as well as in self-conscious allusions to the narrative. As one reads Byatt's fiction, one recognizes characters (the academic, the professional storyteller, the woman writer, the painter or craftsman, siblings, daughters, children suspended between life and death, marginalized middleaged women), their interest in art and literature, and their obsessions with words, with truthfulness, with the body, and with the past, as well as recurrent symbols and images, such as snakes, pools, paintings, and glass objects.

In another respect, Byatt refuses to give shape and finality to her characters and the conditions in which they find themselves. This impression of indeterminacy and openness enhances her “fantastic vein.”

High Impact While she agrees she is indebted to multiple influences, Byatt alone catapulted to the front of the queue of contemporary British writers with her fifth novel, Possession: A Romance (1990). The work likewise influenced a great number of new and veteran scholars, prompting a surge in critical studies about her work and a mass of interviews with her both in academic journals and in popular magazines.

Critics have unanimously praised the way in which Byatt weaves intricate fictions out of small details and situations. Although many incidents in her early stories point to her own life, the emphasis is less on their autobiographical dimension than on the phenomenon of how fantasy interacts with real life. Lived experience furnishes the raw data out of which the writer spins her tales. While several of her works prompt studied discussion, a few stand out as especially provocative—among them Possession: A Romance.

Possession: A Romance The novel reflects Byatt's increasing interest in the short story, because it includes, in the work of the character Christabel LaMotte, “wonder tales,” two of which were reprinted as separate stories in Byatt's The Djinn in the Nightingale's Eye: “The Glass Coffin” and “Gode's Story.” While Richard Todd, in his book A. S. Byatt (1997), has argued that these stories read differently divorced from the context of the novel, Jane L. Campbell in “‘The Somehow May Be Thishow’: Fact, Fiction, and Intertextuality in Antonia Byatt's ‘Precipe-Encurled’” (1991) has stressed the experimental, intertextual nature of the stories themselves.

Hilary Rodham Clinton (1947–): First Lady to the forty-second president of the United States and a U.S. senator from New York.

Arundhati Roy (1961–): Indian novelist and activist who has won such awards as the 1997 Booker Prize and the 2002 Lannan Cultural Freedom Prize.

The publication of Possession also led to a reappraisal of Byatt's earlier work, a compilation of which was published in Passions of the Mind: Selected Writings (1991). This selection of earlier writings includes reviews and essays on Robert Browning, Eliot, Vincent van Gogh, Willa Cather, Elizabeth Bowen, Sylvia Plath, Toni Morrison, Barbara Pym, and Monique Wittig. In the introduction to Passions of the Mind, Byatt explains a feature

characteristic of her whole writing career—the link between creative and academic work, the “encounter with other minds,” and the connection with the cultural past.

Byatt's novel Possession intersperses two different story lines with a long poem in a complex narrative. Other books that successfully blend literary genres and plotlines include:

The Blind Assassin (2000), a novel by Margaret Atwood. This prize-winning novel blends two storylines, one set in contemporary Canada and one set in World War II– era Canada, with a pulp science fiction novel.

Pale Fire (1962), a novel by Vladimir Nabokov. The highly unusual structure of this novel has been the subject of much critical attention. Nabokov present a long poem “Pale Fire” as the work of a fictional author. The book also features commentary by a fictional editor.

Lord Byron's Novel: The Evening Land (2005), a novel by John Crowley. Like Possession, this novel centers on an adventure in literary research. The efforts of the research to discover a lost novel by English poet Lord Byron are interspersed with sections of the novel in question.

oxford
views updated
Byatt, A.S. ( Antonia Susan) (1936– ) English novelist and critic, sister of Margaret Drabble. Byatt was primarily an academic literary scholar until the publication of her third novel, The Virgin in the Garden (1978). Possession, a literary mystery story and romance spanning two centuries, won the 1990 Booker Prize. She has written studies of Wordsworth, Coleridge, and Iris Murdoch. Other work includes the novellas Angels and Insects (1993) and The Djinn in the Nightingale's Eye (1994). She received a CBE in 1990.