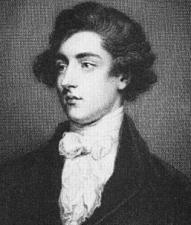 oxford
views updated
Beckford, William (1709–70). Beckford was a new man in the aristocratic world of Hanoverian politics and a link between traditional Toryism and Wilkite radicalism. His great wealth came from Jamaican estates and he was frequently reminded, when tribune of the people, that he was a slave-owner. Sent to England to be educated at Westminster and Oxford, he remained and was elected MP for Shaftesbury in 1747. In 1754 he transferred to London, where he had built up an electoral interest, strengthening his position by bringing two brothers into Parliament. From 1756 onwards he was a supporter of Pitt. Early in the reign of George III he launched a series of attacks upon aristocratic oligarchy and called for a measure of parliamentary reform. He was lord mayor of London in 1762/3 and again in 1769/70 when he presented a Wilkite petition to the king, accompanying it with a well-publicized rebuke, which was subsequently inscribed on his statue in the Guildhall. He died unexpectedly a month later, leaving several illegitimate children, and a 10-year-old son, who became the author of Vathek and the recluse of Fonthill.

Frederick William Iii , Frederick William III FREDERICK WILLIAM III FREDERICK WILLIAM III (1770–1840; r. 1797–1840), king of Prussia. Frederick William III presided over his… William Wilberforce , WILBERFORCE, WILLIAM WILBERFORCE, WILLIAM (1759–1833), British statesman, philanthropist, and religious leader. William Wilberforce led the campaign… Castles , castles. Many man-made structures are called ‘castles’; they are very diverse in character and date, ranging from the Iron Age fortification of Maide… Gordon Riots 1780 , The Gordon Riots occurred in June 1780, beginning as an anti-Catholic demonstration and ending in mob violence that terrorized London for ten days. T… Frederick William , Frederick William (Brandenburg) (1620–1688; Ruled 1640–1688) FREDERICK WILLIAM (BRANDENBURG) (1620–1688; ruled 1640–1688), elector of Brandenburg and… Serfdom , Serfdom is the name of the condition of a peasant who does not enjoy the rights of a free person, but is not a slave. While the slave is an object of…