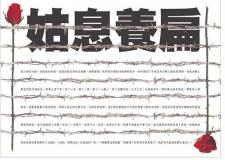 Yanyunji [Misty Clouds and Other Stories]. 1937.

Tianshuhua [Flower from the Barren Tree]. 1945.

Spring Silkworms and Other Stories. 1956.

Chu ci xuanzhu [Annotated Selections from the Songs of Chu]. 1928.

Zhongguo wenxue bianqianshi [History of the Development of Chinese Literature]. 1934.

Jianwen zaji [Miscellaneous Notes on What I See and Hear]. 1945.

Fangsheng weisi zhijian [Between Coming to Life and Death](essays). 1947.

Guanyu lishi he liju [On History and Historical Plays]. n.d.

Mao Dun was one of the few truly exceptional Chinese writers of the post-May Fourth (1919) movement. His massive literary corpus includes all forms of fiction: short stories, novelettes, and novels like Ziye (Midnight), of Tolstoian scope. He published extensively in the magazine Xiaoshuo Yuebao, of which, in his early career, he had served as an editor.

Mao Dun's short fiction is inspired by his attraction to China's leftist causes of the 1920s and his disappointment and pessimism over the human failure to realize those ideals. His heroes, more often heroines, are for the most part educated youngsters eager to take a responsible part in the "New Order," but they typically end up disillusioned, even corrupted, by the realities of their revolution. Whether set in a small town or big city, the stories chronicle a cross-section of contemporary China. This is the hallmark of Mao Dun's writing.

A common focus of critical analysis is Mao Dun's heroine. Typically the woman enters the story as a naive innocent whose inner self is tested against the pressures of the traditional family and the turmoil of rapid social change. Unlike other, iconoclastic writers of the day, Mao Dun does not dwell upon the trials of the feudal wife. Instead his heroine chooses sturdy, Ibsen-like independence in the modern world of new political ideals but collapsing moral values. Her experiences, however, corrupt her innocence and harden her into sophisticated cynicism. She loses her confidence, and from a nadir of despair (one heroine contracts syphilis) she emerges either, in Mao Dun's more nihilistic moods, into negative bitterness or into what has been described as a caricature of positive socialist idealism.

The collection Shi (Eclipse), which includes "Disillusion," "Vacillation," and "Pursuit," pits the idealistic, innocent ingenue against the older, sophisticated but disillusioned woman. Ye qiangwei (The Wild Roses) is a similar collection of short stories exploring the contrasting reactions of five young women to their experience in 1920s China. One story has the heroine abandon her husband, who has fallen behind her own progressive socialist views. By contrast another heroine, the well-to-do Miss Huan, given an unfettered choice, cannot reconcile her traditional morality with her new "revolutionary" lifestyle. Shamed by her unwed pregnancy, she hangs herself (so the title "Suicide"). A third type of reaction is portrayed in "A Girl." This heroine, a proud, self-confident local beauty, becomes embittered against all men when her family falls on hard times and her former suitors reject her.

Mao Dun's menfolk, by and large, serve as antithetical weakness. When the woman relies on the strength of their support, they collapse; when the woman seeks their understanding of her modern views they exemplify feudal tyranny; and when she needs stability in her shifting social environment, they exploit her, vacillate, or plunge her further into profligate decadence. In "Disillusion," for example, the young heroine is repeatedly disappointed by her eventually worthless men friends; in "A Girl" the girl's suitors all desert her when she most needs their approval.

Strong men in Mao Dun's fiction are merely authoritarian. Male family members exhibit obstinate resistance to new freedoms; civil and military officers of the anticommunist nationalist society, like those in Rainbow, beneath their apparent magnanimity, exploit the woman's naivety and misfortune. The alternative, demanded by communist doctrine, is Mao Dun's occasional Byronic superman: the young Communist party activist. Impervious to temptation and corruption, wholly perfect, he is hence incredible and unrealistic. But in his aloof perfection, apart from offering the impossible shining example that plunges the woman equally unrealistically into selfless devotion to the cause, he too is of no personal help to the woman in her despair.

But Mao Dun was capable of portraying a male protagonist sympathetically. The author recognized that "fiction is people," and he wrote at least one, more subtle, character, in the novel Hong (Rainbow), that emerges memorably from the writing of the time. Admittedly, the character plays the "weak husband" role, but his pathetic attempts to regain the affection of his "progressive" wife, particularly the irony of his purchasing for her every publication he could find with the word "new" in the title, portray a human sincerity quite rare in the politicized fiction of Mao Dun's milieu.

The intense, internecine political rivalries among the revolutionary, leftist youth, the established nationalist authority, reactionary local civil and military power-holders, and Japanese invaders that often provide the motivation for Mao Dun's characters are also seen conversely to diminish those characters by the vastness of their scope against which the individual is impotent. In story after story the denouement results, if not deus ex machina, then at least from forces far beyond the protagonist's own determination. In "A Girl," for example, the rejection of the heroine and her eventual misanthropy develop not from her own conceit, but from the decline of her family, that too resulting from circumstances entirely outside the family's ability to remedy. The same is true of the peasant family's bankruptcy in "Spring Silkworms," caused not by shortcomings of character but by irresistible national upheaval. However Mao Dun had portrayed the girl or the silk-raising peasant, their characters would not have affected the outcome. The litterateur Mao Dun intuitively portrays personal psychology with its search for expression and fulfilment, and he paints riotous varieties of the human condition; Mao Dun the socialist-realist, disillusioned by the failures of the Left to realize its aims, pessimistically crushes individual volition beneath the drive, as he sees it, of inevitable social development. Marx's message he makes manifest in fiction if not in fact. Mao Dun's highly literary style of composition on precisely contemporary events, engaging a recognizably European naturalism (notably Émil Zola), was addressed essentially to China's educated middle-class youth, uncertain of their prospects and values in their rapidly changing world. Women faced the greatest challenge, and Mao Dun's stories were most successful, as in Ye qiangwei, in specifically exploring their circumstances and psychology. Typically, Mao Dun was criticized by both sides of the political conflict: on the one side for espousing the revolutionary cause; and conversely for not providing clear-cut model political hero rules or an optimistic vision of a bright socialist future. His accomplishment lies in realistically recording the vast canvas of his times and portraying a credible, complex psychology for his often memorable protagonists.

See the essay on "Spring Silkworms."