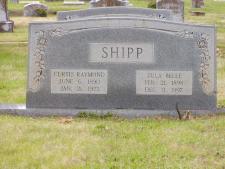 oxford
views updated
Hood, Raymond Mathewson (1881–1934). American architect. Together with John Mead Howells he won the competition in 1922 to design the Chicago Tribune Tower, Chicago, IL. (built 1923–5), a high point of Beaux-Arts eclecticism with a Gothic superstructure (Hood had studied (1905–6 and 1908–10) in Paris). From 1924 he was in partnership with Frederick A. Godley (1886–1961) and Fouilhoux, and from 1931 with Fouilhoux only. The Tribune Building was followed by the American Radiator Company Building, NYC (1923–5— now the Bryant Park hotel, converted by David Chipperfield Architects (1998–2001) ) with a black exterior and gilded pinnacles and trims, and the Masonic Temple, Scranton, PA (1929), again Gothic. With Stanley Gordon Jeeves (c.1888–1964) he designed Ideal (now Palladium) House, at the corner of Argyll and Great Marlborough Streets, London (1929), a building completely clad in black Swedish granite with cast-bronze gilded and enamelled Art Deco detailing. The Daily News Building, NYC (1929–30—with Howells), was devoid of any historical references, and was a skyscraper with vertical window-strips set between continuous vertical solid strips, a design that was to be influential for the next three decades, notably at the Rockefeller Center, NYC (1931–4), for which he and his partner Fouilhoux acted as consultants. The McGraw-Hill Building, NYC (1930–2) (with Fouilhoux and others), combined bold horizontal bands with central vertical strips, paving the way for lighter cladding and the International style in skyscraper design.