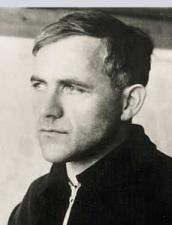 oxford
views updated
Meyer, Hannes (1889–1954). Swiss-born Marxist architect, he began teaching at the Dessau Bauhaus in 1927 and succeeded Gropius as Director (1928–30). Meyer's Collectivist approach alienated many people (he made Marxism and Leninism essential studies), and his insistence that architecture had nothing to do with formal aesthetics caused friction with other teachers. Dismissed in 1930, he went to the Soviet Union where he was heaped with honour and privilege until the Stalinist demand for Classicism made him return to Switzerland (1936–9), after which he spent a decade in Mexico before retiring to Switzerland (1949). His best-known works are the Trade Union School, Bernau, near Berlin (1928–30), and the Toerten Housing, Dessau (1928–30).