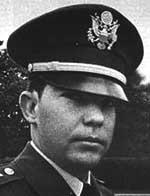 SIGNIFICANCE: The trial of Lt. William Calley for war crimes is unique in American military history. It provides a unique insight into the horrors of combat and the reaction of ordinary people to extraordinary circumstances.

At first light on the morning of March 16, 1968, 105 soldiers of Charlie Company, a unit of the U.S. 11th Light Infantry Brigade, moved unopposed into the Vietnamese hamlet of My Lai. By midday almost 500 inhabitants had been massacred. All of the victims were unarmed civilians, women, babies, and elderly men. By chance, the scenes of carnage were recorded by an Army cameraman, and it was his pictures that revealed the horror of My Lai to the world. An Army inquiry into the incident resulted in charges of murder against several participants, but evidence suggested that the majority of blame for the tragedy could be laid at the door of a single platoon commander: Lieutenant William Calley.

When the court-martial began on November 17, 1970, Calley was charged with murdering 109 "Oriental human beings." It was the prosecution's contention that Calley, in defiance of U.S. Military Rules of Engagement, ordered his men to deliberately murder innocent civilians. In presenting his case, lead military prosecutor Aubrey Daniel was hamstrung by the reluctance of many soldiers to testify against Calley. Some refused point-blank, citing the Fifth Amendment privilege against self-incrimination. Perhaps the strangest of the holdouts was Paul Meadlo. It had been his televised interview, coupled with Ronald Haeberle's photographs, that had largely inflamed public opinion about My Lai. Yet only after having been ordered into custody by Judge Reid Kennedy, who scathingly derided "the nauseous detail" that Meadlo had provided for television, and being granted immunity from prosecution, would Meadlo describe that day's tragic events. He told of standing guard over dozens of villagers when Lieutenant Calley arrived. "He said 'How come they're not dead?' I said, 'I didn't know we were supposed to kill them.' He said, 'I want them dead.' He backed off twenty or thirty feet and started shooting into the people." Meadlo joined him.

"Were you crying?" asked Daniel.

"I imagine I was," replied Meadlo, confirming other testimony that had the enlisted man with tears in his eyes and a rifle in his hands. Between them, Calley and Meadlo mowed down a hundred villagers.

Piece by agonizing piece, Daniel painted an almost unimaginable picture of murder, rape, and wholesale devastation. He described how Calley tossed a baby into a ditch and shot it, before opening fire with an M-16, first killing a monk, then cutting a swathe through dozens of villagers cowering in an irrigation channel.

They were pretty much messed-up. There was a lot of heads had been shot off, pieces of head … fleshy parts of the body.… I seen the recoil of the rifle and the muzzle flashes and as I looked down, I seen a woman try to get up. As she got up I saw Lt. Calley fire and hit the side of her head and blow the side of her head off.

The madness was infectious. One man who had refused to participate in the slaughter, Leonard Gonzalez, told of seeing another soldier herd some women together and order them to strip. When they refused to have sex with him, the enraged soldier fired a single round from his grenade launcher into the group, killing everyone.

Originally it was the defense position that the devastation of My Lai had been caused by helicopters and aerial bombardment. Clearly the prosecution witnesses had proven that premise to be untrue. Calley's only recourse was to fall back on the defense of soldiers since time immemorial: that he was merely acting on orders.

Under the prompting of civilian attorney George Latimer, Calley told his side of the story. He outlined a briefing given one day before the operation by his commanding officer, Captain Ernest Medina, at which, he said, it was made plain that everyone in the village was to be shot. Twenty-one other members of Charlie Company present at the briefing corroborated Calley's story; others denied that any such order was given. Yet more testified that, while unstated, the intent of the order was plain.

Calley: I was ordered to go in there and destroy the enemy. That was my job that day. That was the mission I was given. I did not sit down and think in terms of men, women, and children. They were all classified the same, and that was the classification that we dealt with, just as enemy.… I felt then and I still do that I acted as I was directed, and I carried out the orders that I was given and I do not feel wrong in doing so.

But not everyone at My Lai that day blindly followed such outrageous orders. Robert Maples told of entering the village and seeing Calley and Meadlo firing into a ditch full of civilians. "[Calley] asked me to use my machine gun."

"What did you say?" Daniel inquired.

"I refused," was the reply.

Another soldier who listened to the dictates of his conscience was James Dursi.

"Did Lt. Calley order you to fire?" asked Daniel.

"Because I could not go through with it."

In his final address to the jury, Daniel said, "The defense would ask you to legalize murder," then he invoked the memory of Abraham Lincoln's order to Union troops during the Civil War: "Men who take up arms against one another in public do not cease on this account to be moral human beings, responsible to one another and to God."

On March 29, 1971, after almost 80 hours of deliberation, the six-officer jury—five of whom had served in Vietnam—found Calley guilty of the premeditated murder of 22 villagers at My Lai.

Next came the penalty phase; under military law, Calley faced possible execution by hanging. Latimer pleaded for the life of his client, saying Calley had been a "good boy until he got into that Oriental situation." Latimer reminded the jury of their isolation from the media during the long months of the court-martial. "You'll find there's been no case in the history of military justice that has torn this country apart as this one."

The defendant made an impassioned plea on his own behalf.

I'm not going to stand here and plead for my life or my freedom. I've never known a soldier, nor did I ever myself, wantonly kill a human being.… Yesterday, you stripped me of all my honor. Please, by your actions that you take here today, don't strip future soldiers of their honor—I beg of you.

Daniel was on his feet immediately, reminding the jury, "You did not strip him of his honor. What he did stripped him of his honor. It is not honor, and never can be considered honor, to kill men, women, and children."

The jury mandated that Calley should be sent to prison for life. Three days later he was freed from Fort Leavenworth by President Richard Nixon and returned to Fort Benning where he was held under house arrest pending appeal. On August 20, 1971, the sentence was reduced to 20 years. Calley remained at Fort Benning until February 27, 1974, when he was released on bail. On November 9, 1974, the Army announced that Lieutenant Calley had been paroled.

Following his release, Calley remained in Columbus, Georgia, and as of this writing was a successful jeweler, well-respected in the community.

Four people were tried for war crimes arising out of the My Lai Massacre. Apart from Calley, the most notable was his commanding officer, Captain Ernest Medina. In August 1971 he faced charges of murdering 175 Vietnamese civilians, only to be acquitted after a month-long trial. Calley remains the only man ever convicted for what happened on that morning in Vietnam.

Nothing in its history had prepared the United States for the appalling slaughter at My Lai, and yet the nation's initial revulsion became strangely muted during Calley's protracted trial. Many came to view him as a scapegoat, even a hero, desperately waging the battle against Communism. Time and distance may have dulled the magnitude of his crimes, but not their historical importance.