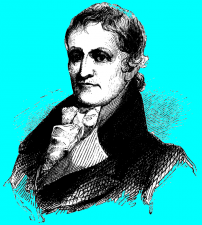 Washington’s Man . Appointed postmaster general by President George Washington in 1795, Joseph Habersham designed the hub-and-spoke system of sorting mail, which transformed the Post Office’s functions. He also advocated home delivery but this policy did not become standard until a half century after his death. An innovative organizer, Habersham was offered the post of U.S. treasurer by President Thomas Jefferson but declined and resigned from the Post Office to return to his native Georgia.

Georgia Leader . Habersham’s father, James Habersham, had arrived in Georgia with evangelist George Whitefield in 1738. Beginning as a teacher of destitute children, James Habersham soon became a merchant trader and by the 1750s was Georgia’s wealthiest and most powerful merchant and a leader in the movement to import slaves into the colony. By the 1770s Habersham’s rice plantation earned him an annual income of $10, 000, and he had served in every important office in the colony, including two years as acting governor. He sent his sons to Princeton College, but in 1768, worried that Joseph was not receiving a proper education, he sent him to England for his schooling.

Revolutionary Politics . Joseph Habersham returned to Georgia in 1771, where his father established him in business. Though the senior Habersham remained fiercely loyal to England and detested the Patriot movement, Joseph and his brothers all became staunch Patriots. Joseph Habersham was a leader of Georgia’s revolutionary movement, helping to capture the royal powder magazine at Savannah, and ultimately served as a colonel in the Continental Army. Georgia sent him as a delegate to the Continental Congress in 1785–1786, and twice he served as speaker of the state’s General Assembly.

Hub-and-Spoke System . A successful businessman and a political and military leader, Habersham turned his energies to the Post Office in February 1795. One of the most vexing problems with the Post Office was the system of transporting mail. Letters were carried in large cases, or portmanteaus, which would be opened at each local post office. The postmaster would sort through the letters, pick out those for his patrons, repack the rest, and send the portmanteau on its way. Opening every portmanteau and sorting all the letters at each post office took a lot of time and also created opportunities for tampering with the mail. Habersham created two different kinds of post offices: distribution centers and depots. Packets of letters would be sent to the distribution centers and sorted there, either to be sent to the depots or sent on to the next distribution center. This system eliminated the need for repeated sorting of mail and, as Habersham explained, would prevent opportunities for tampering. The hub-and-spoke system greatly expanded the U.S. Post Office’s capacity to deliver mail and would remain in place until the Civil War, when the railroad made it possible to sort mail as it traveled.

Country Press . In the Post Office Act of 1792 Congress had allowed all newspaper printers to exchange copies of their papers with other printers free of charge, and had decided to charge only a minimal amount to mail newspapers to subscribers. This was done to help spread information; it had the effect, though, of driving magazines out of business, and it threatened to replace small local papers with papers from large urban centers. Few would want to read a local paper when a paper carrying more recent world news would be just as readily available. Habersham worried about this trend and urged local postmasters to encourage subscribers to purchase the local papers. He feared that if the local printers were driven out of the newspaper business, they would also be driven from the book business, and local interests would be subsumed by national political interests. Habersham placed the Post Office behind the “country press,” encouraging circulation of state and local papers, which began to respond by printing more local news.

Penny Posts v. Pigeonholes . Habersham did not favor the use of post office boxes in urban centers. Rather he hoped to encourage the “penny posts,” or delivery of mail by individual carriers and paid by individual patrons. In Philadelphia nine out of every ten pieces of mail were delivered by these carriers. The alternative to these carriers was a system of post office boxes, or “pigeonholes,” which a local post office could rent out. “Receiving money for pigeonholes,” Habersham wrote to the postmasters of New York, Philadelphia, Boston, and Salem in February 1800, “is … contrary to the spirit of the act for establishing the post office. It deprives the penny posts, who are very useful … of a portion of that compensation which they ought to receive. You are therefore instructed not to keep any such pigeonholes for private individuals and not to receive any pay for keeping such as may be deemed useful to public bodies.” Though Habersham clearly was on the side of the penny posts and against the pigeonholes, after he resigned at the end of 1801 the balance shifted, and local postmasters discouraged the penny posts from actively delivering the mail.

Return to Georgia . President Jefferson hoped to make use of Habersham’s talents in the Treasury Department, but Habersham took Jefferson’s suggestion as an indication that he did not wish him to continue in the Post Office, and he retired from the federal government and returned to Savannah. Appointed president of the Savannah branch of the Bank of the United States in 1802, Habersham devoted himself to his family (he and his wife had ten children) and his business interests. He is credited with exporting the first American crop of cotton. Habersham died on 17 November 1815.

HABERSHAM, JOSEPH. (1751–1815). Patriot leader, U.S. Postmaster General (1795–1801). Georgia. Second son of the prominent James Habersham, Joseph attended Princeton, and, in 1768, was sent to England. After three years with a mercantile firm he returned to Georgia and was set up in business by his father, first with his elder brother James and then, in 1773, with his kinsman, Joseph Clay.

Although his father was president of the Georgia colonial council and a close friend and supporter of Governor James Wright, Joseph emerged as a Patriot leader. He took Governor Wright and his council prisoner on 18 January 1776.

Habersham was made a major of the First Georgia Continental Regiment on 7 January 1776, he became lieutenant colonel on 5 July and colonel on 17 September 1776. He resigned his military commission in the Continental army on 31 March 1778, for he had alienated the radical faction, thus thwarting his military career. His plans to seek election to the state assembly ended with the British re-occupation of Georgia in late 1778. He moved his family first to the Carolinas and then to Virginia. He took part in the temporary rebel government in Augusta during July 1779 and the disastrous Franco-American attack on Savannah during that October.

After the war Habersham served twice as speaker of the Georgia General Assembly, and in 1788 was a member of the convention that ratified the Federal Constitution in Georgia. President George Washington appointed him Postmaster General in February 1795. He served in this post until President Thomas Jefferson's administration. Pressured to resign, he left this post in November 1801. Returning to Savannah, he resumed his commercial career, and is credited by some to have been the first to export American-grown cotton.