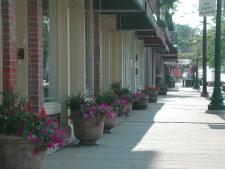 Ypsilanti or Hypsilanti (both: Ĭp´sĬlăn´tē), prominent Greek family of Phanariots (see under Phanar). An early distinguished member, Alexander Ypsilanti, c.1725–c.1807, was dragoman (minister) of the Ottoman emperor and hospodar (governor) of Walachia (1774–82, 1796–97) and of Moldavia (1786–88). Captured (1790) by the Austrians in the Russo-Turkish War of 1787–92, he was imprisoned for two years in the Spielberg at Brno (Brünn). He was executed by the sultan for alleged involvement in the 1807 conspiracy. His son, Constantine Ypsilanti, 1760–1816, was hospodar of Moldavia (1799–1801) and became hospodar of Walachia in 1802. He was deposed in 1806 for his pro-Russian sympathies, but he was restored (1807) to the government of Walachia by the Russians, who had occupied that principality in their war with Turkey. Constantine Ypsilanti encouraged the anti-Turkish rebellion in Serbia and was raising an army to free Greece when the Treaty of Tilsit (1807) between Russia and France cut short his plans. He took refuge in Russia, where he died. His elder son, Alexander Ypsilanti, 1792–1828, accompanied his father into exile and became a general in the Russian army. He accepted the leadership of the Philike Hetairia, a secret organization that sought Greek independence and raised (Feb., 1821) a revolt at Jassy (now Iaşi), the capital of Moldavia, proclaiming the independence of Greece. The Phanariot hospodar of Moldavia and the Greeks in Walachia and Moldavia rallied to him, but the Romanian population, which had suffered long enough under Phanariot rule, refused to support the movement. Russia, on the pressure of the Austrian foreign minister, Prince von Metternich, disavowed Ypsilanti, who was disastrously defeated by the Turks. He sought asylum in Austria, but was imprisoned there until 1827. He died at Vienna. Ypsilanti's uprising marked the end of the rule of Moldavia and Walachia by Greek hospodars, who were replaced by native Romanian princes. At the same time it helped stimulate the Greek rebellion in the Peloponnesus a month later, and it thus marked the beginning of the Greek War of Independence. Alexander's younger brother, Demetrios Ypsilanti, 1793–1832, was to play a prominent role in that war. Like his brother, he had served in the Russian army, and took part in Alexander Ypsilanti's uprising at Jassy in 1821. In the same year he left Moldavia for Morea, as the Peloponnesus was then called, and helped the insurgent Greeks in the capture (1821) of Trípolis (then called Tripolitza), the chief Turkish fortress in Morea. He stubbornly resisted the forces of Ibrahim Pasha in 1825, and in 1828 was made commander of the Greek forces in E Greece. His differences with the Greek president, Count Capo d'Istria, led to his resignation in 1830.

Ypsilanti (ĬpsĬlăn´tē), city (1990 pop. 24,846), Washtenaw co., SE Mich., on the Huron River; inc. 1832. It is a residential, commercial, and farm-trade center. There is also some light industry. Native American trails once crossed this site, and a Native American village and a French trading post (1809–c.1819) were there. Eastern Michigan Univ. is in Ypsilanti.

Greek Americans , ETHNONYMS: Hellenic Americans, Cypriot Americans, Diaspora Greeks, Helleno Amerikanoi Orientation Identification and Location. As the group appellati… Teucer , Teucer in Greek mythology, the legendary ancestor of the Trojan kings through his daughter, the wife of Dardanus. Teucer is also the name of the son… Hermanns Tortoise , Testudo hermanni (Greek tortoise, Hermann's tortoise) See TESTUDINIDAE. Hermann's tortoise (Testudo hermanni) See TESTUDINIDAE. Antenor , Antenor (ăntē´nôr), fl. last half of 6th cent. BC, Greek sculptor who executed the bronze statues of the tyrannicides Harmodius and Aristogiton. In 4… Achilles , Nationality/Culture Pronunciation uh-KILL-eez Alternate Names Appears In Lineage Son of Peleus and the nymph Thetis Character Overview Achilles (pron… Autolycus , Autolycus in Greek mythology, a notable thief who was a son of Hermes, and who stole his neighbours' flocks and concealed them among his own animals.…