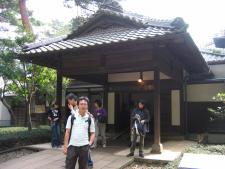 The Japanese statesman Korekiyo Takahashi (1854-1936) was an economically liberal finance minister who resisted military spending. For this he was assassinated in the attempted military coup of 1936.

Korekiyo Takahashi was born on July 27, 1854, in Edo (Tokyo) and temporarily given the name Wakiji by his real father, Shozaemon Kawamura, a master painter attached to the Shogun's court. But because Korekiyo was an illegitimate child, he was adopted by a low-ranking samurai of Sendai Province named Koretaka Kakuji Takahashi. Precociously bright, at 11 Korekiyo studied English with Hepburn; at 13 he was sent to study in the United States. In San Francisco he unwittingly signed a paper indenturing himself to 3 years' labor but soon extricated himself from this plight and hurriedly returned to Japan in December 1868, shortly after the Meiji restoration. Thereafter he taught and translated English and became a Christian.

Takahashi's successful career in the bureaucracy started in 1881 in the newly established Ministry of Agriculture and Commerce, where he made several important contributions to modern business practices, such as developing the registration of patents. In 1889 he was also appointed president of the Tokyo Agricultural College, where he worked out his philosophy of "self-help" for farmers, which he later implemented as finance minister.

Takahashi's successful banking career began in 1893, after a quixotic try at operating a silver mine in Peru. By 1900 he was a vice-governor of the Bank of Japan. For contributing to Japan's war effort against Russia by raising great sums through selling war bonds abroad, he was made a member of the House of Peers in 1905, at the age of 52. The next year he became president of the Shokin Bank. In 1907 he received the first of several decorations from the Emperor. Takahashi was made a baron and later a viscount, and in 1911 he became governor of the Bank of Japan, where he lowered interest rates as an anti-depression measure.

In 1913 Takahashi entered politics by becoming finance minister in Gonnohyoe (Gombei) Yamamoto's Cabinet and joining the Seiyukai. He succeeded to that party's presidency and also to the premiership in 1921 upon Kei Hara's assassination, concurrently maintaining the finance portfolio. But Takahashi's leadership was weak, and his Cabinet fell the following year, contributing to the political instability of the 1920s. He gave up his peerage, was elected to the House of Representatives, and fought for "constitutional government." In 1924 he accepted the post of agriculture minister in Takaakira Kato's coalition Cabinet. In 1927, as Premier Giichi Tanaka's finance minister, he managed the bank moratorium. Taking the finance portfolio for the fourth time in 1931, he succeeded to the premiership upon Tsuyoshi Inukai's assassination in 1932. After this, he became minister of finance two more times, in Makoto Saito's and Keisuke Okada's Cabinets, before being gunned down on Feb. 26, 1936, with many others, by radical young officers who saw him as a representative of the interests of the zaibatsu (industrial combines), thwarting renovation at home and expansion abroad.

Nobusuke Kishi , Nobusuke Kishi (1896-1987) was a Japanese statesman who was imprisoned as a war criminal but released by the Allied Occupation authorities after Worl… Junichiro Koizumi , Born into a family of politicians, Japanese Prime Minister Junichiro Koizumi (born 1942) was regarded as an outsider and a maverick, due to his surpr… Eisaku Sato , Eisaku Sato (1901-1975) was a Japanese political leader who served as prime minister longer than anyone else in Japanese history. Under his leadershi… Nagasaki , The history of Nagasaki, Japan, has been inexorably tied—both positively and negatively—to European expansion and Western colonialism. The founding o… Aritomo Yamagata , Aritomo Yamagata (1838-1922) was a Japanese general and a member of the oligarchy which dominated Meiji Japan. He was instrumental in building a mode… Yasuhiro Nakasone , Yasuhiro Nakasone Nakasone Yasuhiro (born 1918) was a Japanese politician who helped rebuild pride in the nation and in Japan's world role. He was ac…