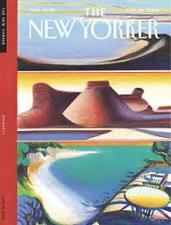 Samuel Eliot Morison was born in Boston on July 9, 1887, into a prominent family with deep roots in the Massachusetts past. He attended Harvard, obtaining his doctorate in 1912. There he derived the precept of history as a literary art. His dissertation, concerning Harrison Gray Otis, an ancestor whose papers were in Morison's attic, was sympathetic to the old Federalist.

In 1915 Morison joined the faculty at Harvard. His Maritime History of Massachusetts, 1783-1860 (1921) earned him considerable fame. The book traced broad social and economic trends in Massachusetts up to the Civil War. While at Harvard he also served on the American Commission to Negotiate Peace between 1918 and 1919 and was one of the key individuals responsible for drafting the Versailles Treaty. Morison became the first Harmsworth professor of American history at Oxford in 1922, a position he held until his return to Harvard in 1925 to become Trumbull professor of American history. He retired from Harvard in 1955.

Morison's interest in textbooks was evident in 1927, when his Oxford History of the United States appeared. This book became part of the base for The Growth of the American Republic, written in collaboration with Henry Steele Commager, which first appeared in 1930. It also served to point the way to The Oxford History of the American People (1964).

In the 1930s Morison's attention moved toward the Puritans. Builders of the Bay Colony (1930), a collection of biographies, depicted the Puritans as human and fallible with primary religious motivation. He continued his defense of Puritanism with The Puritan Pronaos (1936) and in his institutional history of Harvard. In these works Morison claimed that Puritan thought was rich and sophisticated, that the Puritan had strong ties to England, and that Harvard reflected the social values of Puritan society.

Morison retraced Columbus's voyages as commodore of the "Harvard Columbus Expedition" and turned this experience into Admiral of the Ocean Sea (2 vols., 1942). This work won him a Pulitzer Prize. Morison then joined the Navy as historian and with his staff produced the monumental History of the United States Naval Operations in World War II (15 vols., 1947-1962).

After the war Morison wrote biographies of John Paul Jones, which also earned him a Pulitzer Prize, and Commodore Perry, as well as essays in which he attacked historical relativism. His H.G. Otis: Urbane Federalist (1969) marked a return to the subject of his doctoral dissertation. In The European Discovery of America: The Northern Voyages (1971) he describes the voyages up to the early 17th century.

In 1964 Morison received the U.S. Presidential Medal of Freedom and was also elected to the American Academy of Arts and Letters. He remained an active proponent of history until his death in 1976.

Morison's own writings provide insights into his life and professional career. His One Boy's Boston, 1887-1901 (1962) tells as much about Morison as about Boston, and in Vistas of History (1964) he discusses his professional experiences. This work also contains a comprehensive bibliography of Morison's writings to 1964. His historical work is discussed in Michael Kraus, A History of American History (1937) and The Writing of American History (1953). See also John Higham and others, History (1965), and Robert Allen Skotheim, American Intellectual Histories and Historians (1966). □