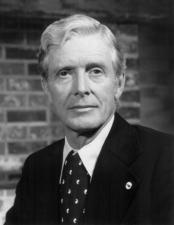 Bruce Barton (1886-1967), American business executive and Congressman, was the most famous advertising man of his day, thanks to his best-selling book The Man Nobody Knows.

Bruce Barton was born on August 5, 1886, in Robbins, Tennessee. Most of his youth, however, was spent in Oak Park, Illinois, where his father was pastor of the town's Congregational church. Young Barton showed an early interest in journalism. While still in high school he was both editor of the school paper and a reporter for the local weekly. He graduated from Amherst College in 1907, after having been voted Phi Beta Kappa, head of the student council, and "man most likely to succeed."

From 1907 to 1911 Barton was editor of two small magazines in Chicago, the Home Herald and Housekeeper, neither of which prospered. In 1912 he moved to New York City to become assistant sales manager in the publishing house of P. F. Collier and Son. It was there that Barton first revealed a talent for advertising. In 1913 he was assigned the task of writing the advertisements for the firm's Harvard Classics series of reprints. His eye-catching headlines and compelling texts helped sell over 400, 000 copies. From 1914 to 1918 he tried his hand at journalism again, this time as editor of Every Week magazine. When that magazine failed he managed publicity for the United War Work Campaign, a fund drive for charitable organizations aiding the troops in World War I.

In 1919 Barton joined with fellow workers from the campaign to form the advertising agency that would later become known as Batten, Barton, Durstine, and Osborne. Barton was the chief copywriter and main creative force within the new agency. Barton could craft memorable lines for virtually any product or service—whether it be a correspondence school ("A wonderful two years' trip at full pay—but only men with imagination can take it") or electrical appliances ("Any woman who is doing any household task that a little electric motor can do is working for three cents an hour; human life is too precious to be sold at a price of three cents an hour").

United States Steel, seeking to improve its image after a damaging strike in 1919, was an early client. It was soon joined by such corporate giants as General Electric and General Motors. For General Mills, Barton created the character of "Betty Crocker, " one of the most enduring symbols in American advertising.

Yet it was not his business skills that won Barton his widest fame. The average American knew him best as the author of countless magazine articles and newspaper columns on the themes of optimism and success. So popular was his message that his writings were collected in books with such titles as More Power to You (1919), Better Days (1924), and On the Up and Up (1929). But by far his greatest success as a writer was The Man Nobody Knows, published in 1925. In it Barton attempted to rectify what he considered the "sissified" image of Jesus presented in the Sunday schools. In Barton's retelling of the gospel story, Jesus was a go-getting young executive who "picked up twelve men from the bottom ranks of business and forged them into an organization that conquered the world." There were some who felt that Barton's portrayal of Jesus made religion seem too much a business, or business too much a religion. But the critics were a small minority. The Man Nobody Knows topped best-seller lists for two years. It was soon followed on the lists by The Book Nobody Knows (1926), Barton's reflections on the Bible.

When not directing his growing business or writing best-sellers, Barton was actively involved in politics. He was an early backer of his fellow Amherst alumnus, Calvin Coolidge, and from 1919 onwards he was a respected advisor to the national Republican party. In 1937 he ran for office himself, winning a seat in the U.S. Congress left vacant by the death of the incumbent.

During the two terms he represented his Manhattan district Barton emerged as one of the most effective opponents of President Franklin D. Roosevelt's New Deal. In 1940 he helped secure the Republican presidential nomination for dark-horse candidate Wendell Wilkie. Barton, meanwhile, attempted to unseat James Mead, the Democratic senator from New York. But in the end the master ad man fell victim to a clever slogan. President Roosevelt's sarcastic reference to his Congressional adversaries as "Martin, Barton, and Fish (linking Barton to Joseph Martin, the House minority leader, and Hamilton Fish, an isolationist congressman) became a catch phrase of that campaign year and helped ensure Barton's defeat.

Barton never again sought public office. After the election he returned to the active management of his advertising agency. In its early years the agency was primarily known for institutional advertising designed to enhance the public image of large corporations. But after World War II, and particularly after the hiring of Ben Duffy as president in 1946, the firm moved aggressively into the advertising of consumer goods. Companies such as Lever Brothers, Campbell Soup, and Revlon were added to the agency's growing list of clients. When Barton retired as chairman of the board in 1961, Batten, Barton, Durstine, and Osborne was the fourth-largest advertising firm in the United States.

During his retirement Barton maintained an office on Madison Avenue and continued to write for the popular press. Bruce Barton died in New York City on July 5, 1967. He had married the former Esther Randall in 1913. She died in 1951. The couple had three children.