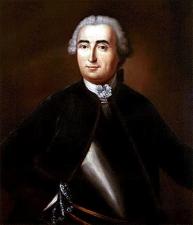 oxford
views updated
Montcalm, Louis-Joseph de Montcalm-Gozon, Marquis de (1712–59) French general in North America. Commander in chief of the French army in Canada (1756–59), he won several victories against the British, including the Battle of Fort Ticonderoga (1758). In 1759, he held Québec against a British siege for several months, but when the British, under James Wolfe, climbed the cliffs from the St Lawrence River to the Plains of Abraham, he was taken by surprise. Both he and Wolfe were killed in the battle.