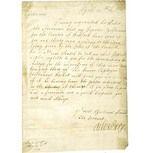 oxford
views updated
Westmorland, Ralph Neville, 1st earl of (c.1364–1425). Son of the 3rd Baron Neville, he succeeded to the title and great northern estates in 1388. He supported Richard II and was created earl in 1397. But he joined Henry Bolingbroke, his brother-in-law, in 1399 and was made marshal for life. He stayed loyal to Henry IV and was given the Garter in 1403. Neville profited considerably from the defeat of the Percies in 1403, taking many of their estates, and was primarily responsible in 1405 for crushing the rising of Nottingham, Archbishop Scrope, and Northumberland, it was said by treachery. His children by two marriages numbered 23: Warwick the Kingmaker was his grandson.