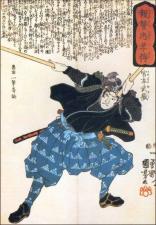 oxford
views updated
Japanese literature Earliest extant works are the Kojiki (712) and the Nihongi (720), which are histories written in Chinese characters used phonetically. The earliest recorded Japanese poetry is in the Manyoshu (760), which contains poems dating to the 4th century. The Heian Period (794–1185) is noted for the Kokinshu (905), an anthology of poetry commissioned by the emperor, which provided a pattern for tanka (short poems). Classical prose developed during this period and accounts of court life flourished. The most significant work was Murasaki Shikibu's Genji Monogatari (c.1010), the first true novel. During the Middle Ages (1185–1603) No drama was refined, and ‘war tales’, such as Heike Monogatari, were developed. In the Tokugawa Period (1603–1868) literature, once the preserve of the aristocracy, became the field of the commoners. Haiku became popular; Matsuo Basho (1644–94) was the greatest poet of this form. In the Modern Period, foreign contacts and Western literature had a major influence. Poetry flourished, and major figures, such as Yosano Akiko (1878–1942), Ishikawa Takuboku (1885–1912) and Hagiwara Sakutaro (1886–1942) found new means of expression. Writers of modern fiction, such as Mishima Yukio, Abe Kobo and Kawabata Yasunari have earned an international reputation.