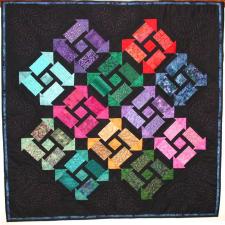 The Wafd Party took its name from the delegation (in Arabic, wafd ) composed of Saʿd Zaghlul and other notables who called for the complete independence (istiqlal tamm) of Egypt from the British immediately after World War I. When Britain refused to negotiate with the Wafd and exiled its leaders, Egypt launched a full-scale rebellion in 1919. A sophisticated network of organizers in key cities and villages allowed the Wafd to dominate the political scene.

The Wafd did not become a formal political party until 1924, six years after its inception. The party was organized along hierarchical lines, with an executive council. Although the party enjoyed the support of a cross section of the Egyptian populace, its leaders were predominantly urban, upper- and middle-class, modern, and secular. The highly charismatic Zaghlul served as its president until his death in 1927. The Wafdist leadership also included both Muslims and Copts, notably Makram Ubayd. Women, particularly Zaghlul's wife, Safiyya, and Huda al-Shaʿrawi, became leaders in the struggle for women's voting rights, acting on the principle that the struggle against imperialism had to be accompanied by a similar struggle for gender equality. Between the two world wars, the Wafd engaged in a three-way struggle with the British and the Egyptian monarchy. Seeking to undercut Egypt's demands for independence, Britain unilaterally declared Egypt independent in 1922 and promulgated a constitutional monarchy in 1923. As the only party to enjoy widespread popular support for its anti-British stand, the Wafd won the 1924 elections and all subsequent elections that were not manipulated or rigged by King Ahmad Fuʾad or his son Farouk.

Following Zaghlul's death, Mustafa al-Nahhas became president of the party and continued its struggle against the British. In 1936 he signed the Anglo-Egyptian Treaty, which formalized Egyptian and British relations but permitted both the continuation of a British military presence along the Suez Canal zone and British control over the Sudan.

This failure to secure complete independence, coupled with allegations of nepotism and corruption within the party, undermined some of its popular support. In the 1930s many Egyptian youths joined various fascist and radical groups, and the Wafd countered by creating the Blue Shirts, a paramilitary youth organization. In 1941, fearing a pro-Nazi Egyptian government, Britain's ambassador Miles Lampson (later Lord Killearn) forced King Farouk to accept Nahhas as prime minister. Nahhas's willingness to work with the British throughout World War II further undercut the Wafd's credibility as a nationalist and anti-imperialist party.

Following the 1952 military coup that deposed Farouk, the Wafd was formally disbanded (1953); some of its leaders were then tried for corruption and crimes against the state. In 1976, when Anwar al-Sadat announced the return to a multiparty system, the Wafd was revived under the leadership of Fuʾad Siraj al-Din. The New Wafd called for a parliamentary, multiparty system and the dismantling of socialist measures that had been enacted under Egypt's former president, Gamal Abdel Nasser. In a short time, the Wafd gathered a notable degree of support, particularly among Copts and in the richer urban areas. The Wafd voted to disband in reaction to Sadat's political crackdown in late 1978, but it was revived after Sadat's assassination by Islamists in 1981. In the 1984 elections the New Wafd cooperated with the Muslim Brotherhood and won 58 seats in parliament. By 1990 the New Wafd opposed the government and the continuation of the state of emergency, and it boycotted the 1993 elections. Its newspaper, al-Wafd, remained one of the few opposition publications. Following Siraj al-Din's death in 2000, Nʿuman Jumaʿa, a university professor, was elected the new leader in a notably open and transparent election. Representing the new generation, Jumaʿa pushed for political and economic changes; but without grassroots support, the Wafd remained a minority party in parliament.

In November 1918, at the end of World War I, the Egyptian Legislative Assembly charged a delegation (wafd), led by Saʿd Zaghlul, with demanding of the British high commissioner that they be allowed to petition the British government for Egyptian independence. The high commissioner's refusal led to the formation of a coalition to agitate for independence. Some of the group's leaders were expelled. Widespread demonstrations and uprisings in 1919 led the British to grant nominal independence in 1922; the Wafd organized itself as a nationalist political party in 1924 and dominated Egyptian political life until the fall of the monarchy in 1952. In December 1922, King Fu'ad, needing the backing of the party to promulgate a new constitution, drew close to the Wafd, which continued nevertheless to demand an end to the British occupation. In January 1924 the party won the legislative elections and Zaghlul formed the first constitutional government of Egypt.

The new prime minister soon clashed with the king, who wanted to retain all his prerogatives. Following the assassination of the British commander of the Egyptian army and under pressure from the British, Zaghlul resigned on 24 November 1924. Out of power for nine years, the Wafd returned to the government in November 1934 through the initiative of the British who, threatened by Italian designs on the Red Sea, needed a strong Egyptian government behind them. Negotiations led by Mustafa al-Nahhas (known as Nahhas Pasha), the successor to Zaghlul, who had died in 1927, resulted in a treaty, signed on 26 August 1936, in which Great Britain recognized the independence of Egypt. After Nahhas resigned as prime minister, a scission in the party led to the creation, on 3 January 1938, of the Saʿdist party.

On 4 February 1942, in the midst of World War II, Britain forced a Wafdist anti-German government on King Faruk. After the victory of his party in the legislative elections, Nahhas returned to power in January 1950. The Wafd remained at the head of the government until the revolution of July 1952, which saw the fall of the Egyptian monarch. The new regime, put into place by the Free Officers movement, suspended the constitution and dissolved all political parties, including the Wafd. Twenty-five years later, on 4 February 1978, under the impetus of Fuad Serag al-Din and Ibrahim Farag, the Wafd was officially reconstituted and renamed the Neo-Wafd (al Wafd al-Gadid). The new party adopted "socialism as economic and social system, but without foreign ties," while recognizing Islamic law (shariʿa) as the "original source" of the law. As an opposition party, criticizing the regime of Anwar al-Sadat, the group found itself under pressure to cease its activities. After Sadat's assassination in November 1981, the coming to power of Husni Mubarak allowed the Neo-Wafd to resume its activities. Having made a strategic alliance with the Muslim Brotherhood in the 1984 elections, the Neo-Wafd won fifty-eight seats and by 1990 emerged as the main opposition force in Egypt. It boycotted the 1993 elections. It has become the party of a small minority.

Dictionary of the Israeli-Palestinian Conflict

Megawati Sukarnoputri , Megawati Sukarnoputri Megawati Sukarnoputri (born 1947) became vice president of Indonesia, the world's fourth-most-populous nation. This occurred in… Muslim Brotherhood , Between 1945 and 1948, the radical wing of the party orchestrated a number of attacks on highly placed Egyptian political leaders, notably against th… Communist Party , Communist party, in Russia and the Soviet Union, political party that until 1991 exercised all effective power within the Soviet Union, and, as the o… Hugh Todd Naylor Gaitskell , Hugh Gaitskell The British politician Hugh Gaitskell (1906-1963) was chancellor of the exchequer from 1950 to 1951. He was leader of the Labour Party… Saad Zaghlul Pasha , Saad Zaghlul Pasha (1859-1927), Egyptian political leader, founded the country's most important political party, the Wafd. Saad Zaghlul was born in I… Bulent Ecevit , Bülent Ecevit Turkish politician and writer Bülent Ecevit (born 1925) was alternately prime minister and leader of the opposition in the 1970s; since…