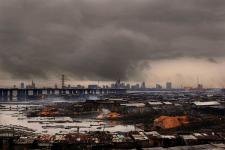 THE EFFECTIVENESS OF STRUCTURAL ADJUSTMENT PROGRAMS

Developing or emerging market economies may face periods of severe economic instability. This may involve a stagnant or declining economy, perhaps accompanied by high rates of inflation, a falling currency, and unsustainable foreign debt obligations. In these circumstances and often as a last resort, member countries may look for financial support from the world’s two main multilateral aid and financial institutions, the World Bank and the International Monetary Fund (IMF).

The IMF and World Bank made 958 adjustment loans to developing countries between 1980 and 1998. Argentina alone was the recipient of thirty adjustment loans during this period. While these loans are often negotiated in the context of economic crisis and attempt to restore balance of payments viability and macroeconomic stability, they are geared to increasing international competitiveness and improving economic efficiency in the use of domestic resources—the term Washington Consensus is often associated with this reform package.

Often the country in crisis faces considerable economic turmoil and may have no option but to accept painful economic remedies in order to receive external funding. This may involve a menu of higher interest rates, government spending cuts and higher taxes, and the abolition of various subsidies on consumption items. These policies are unlikely to be popular, and so the programs are extremely controversial. The SALs often include trade liberalization measures that place fewer restrictions on foreign trade. These measures include reducing or abolishing tariffs and quotas on imports, a less restrictive stance toward foreign investment, a more realistic exchange rate, and capital account liberalization that reduces controls on capital flows across national boundaries. The internal market-oriented structural reforms promote deregulation of domestic markets and the privatization of government enterprises.

THE EFFECTIVENESS OF STRUCTURAL ADJUSTMENT PROGRAMS

Restoring macroeconomic stability in times of crisis is critical. Indeed the ability to restore and maintain macro-economic stability in the face of often-turbulent external conditions is one of the most important factors accounting for the diversity of economic performance in the developing world. The effectiveness of SALs in achieving this objective is a hotly debated issue. In his 2001 book, The Elusive Quest for Growth, William Easterly notes that

Some studies even suggest that a higher IMF loan-participation rate reduces economic growth and conclude that the typical country would be better off economically if it committed itself not to be involved with IMF loan programs.

A number of concerns arise about the effectiveness of SALs. One issue relates to the speed of the structural adjustment required. Should all of these policies be implemented immediately or only gradually? Governments may stall in implementing the required policies, use creative financial accounting to avoid real adjustment, or reverse the policies once the program is over. A second issue relates to the sequencing of structural reforms. Many commentators point to the crucial role of foreign capital inflow during the structural reform period to reduce the frictions that will emerge during the transition. It may be preferable, however, that controls on foreign capital be relaxed only after trade and other industrial-sector distortions have been dismantled. The reason for this is that capital inflow will result in a real exchange rate appreciation that disadvantages exporters. Meanwhile, the tariff reductions will disadvantage domestic producers facing lower-priced imports.

Privatization policies as part of a SAL have also been questioned, particularly in the transitional economies of eastern Europe. Public assets may be sold off below their real value in order to find a buyer and to generate quick cash flow, with a loss of public accountability. Privatization might also mean that income-generating assets are sold, leaving behind all the residual “unproductive” activities, plus a new layer of watchdog agencies to regulate the newly privatized activities.

In the context of the 1997 Asian financial crisis, further debate escalated on the effectiveness of SALs, particularly the financial deregulation requirements. In this context the views of Joseph Stiglitz have been well publicized, particularly his stinging condemnation of the response of the IMF and the U.S. Treasury to the Asian crisis in his 2002 book, Globalization and Its Discontents. Stiglitz rails against the IMF’s “market fundamentalism,” its “one-size-fits-all” approach to crisis management, and “its mistakes in sequencing and pacing, and the failure to be sensitive to the broader social context” (p. 73). Rescue packages were overly contractionary and pushed the economies deeper into recession. Inadequate attention was given to the social dimensions of the crisis. In particular, greater efforts were needed to ensure food security and preserve the purchasing power of vulnerable households. Finally, there was a lack of appreciation of the potential for irreversible social breakdown in the midst of economic crisis, with rising ethnic and factional violence. The impacts of SALs on social sectors and the poor have been particularly troublesome, and the IMF and World Bank have incorporated social safety nets into their programs (Cornia, Jolly, and Stewart 1987–1988).

The IMF has staunchly defended the economic policies that it recommended to the crisis-affected countries of Asia. It argues that the causes of the crisis were internal or homegrown, reflecting underlying structural distortions and macroeconomic imbalances. The use of high interest rates on a temporary basis was essential to correct the excessive competitive devaluations in the crisis countries. Insolvent financial institutions had to be closed down and belt-tightening was essential. The IMF notes that the recoveries of some of these countries point to the effectiveness of its policy advice.

One of the interesting empirical findings relating to the effectiveness of SALs is that the results often depend on the characteristics of the specific country concerned. Countries have generated a variety of responses to basically similar SALs. This seems to reflect the importance of differences in institutional, social, and historical conditions between countries (Taylor 1988).

The disappointing response to repeated structural adjustment lending has led to much soul searching. At the IMF, poverty reduction and growth facilities have replaced structural adjustment loans. Reducing the microeconomic interventions and concentrating on core macroeconomic concerns have streamlined conditionality. There is also now a focus on pro-poor growth and social safety nets. There was a perceived need to move beyond Washington Consensus policies to so-called second-generation reforms, following the growing recognition that market-oriented policies may be inadequate without more serious institutional transformation. The expectations placed on lending to developing countries conditional on their making policy reforms proved unrealistic. There is a growing recognition that structural adjustment should promote growth and capacity expansion and not just efficiency. The recommendation now is for a more strategic focus, concentrating on the key barriers to growth, rather than employing a scattergun approach to abolishing all market distortions.

oxford
views updated
structural adjustment A package of policies associated with loans to Third World countries by the International Monetary Fund and the World Bank. There are three elements: stabilization (the control of inflation by restricting the rate of increase of the money supply via the budget deficit); liberalization (a reduction in government intervention in product and factor markets in order to bring domestic prices more in line with world prices); and privatization of public-sector institutions to improve the technical efficiency of production. Structural adjustment policies have had negative distributive effects in the short run, because of high prices and raised unemployment, and long-run effects have been variable.