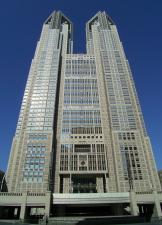 Urban politics draws upon many academic disciplines, particularly sociology, history, public policy, economics, demography, political science, urban planning, and public administration. The multidisciplinary nature of urban politics fosters both innovation and confusion, for there are many suggested definitions for the term. Intellectual differences aside, it is useful to characterize urban politics as the study of the institutions within and the governance of cities, suburbs, and other metropolitan areas. This article focuses on the study of urban institutions and governance in the United States.

As a field of study, urban politics is primarily concerned with urban political power. Specifically, urban scholars seek to define what urban power is, uncover who holds power in urban areas, and, more importantly, determine whether such power relationships are consonant with the ideals of American democracy. There are several theoretical approaches to studying urban power, the major tenets of which are summarized below.

Perhaps the earliest theory of urban politics is elite, or stratification theory. The elite theory of urban politics is an intellectual movement developed in the philosophies of noted political scientists and sociologists Gaetano Mosca (1858-1941), Vilfredo Pareto, Robert Michels, and Floyd Hunter, but commonly identified with C. Wright Mills and his influential book The Power Elite (1956). Elite theorists maintain that a few top leaders make the key decisions with little regard for popular desires. This occurs because urban areas divide naturally into distinct political classes. At the top level are the elites, most of whom are the business and financial leaders assumed to play a commanding role in urban governance. Underneath the elites is the middle class composed of the elected officials (mayors, councilmen, and the like) charged with the day-to-day operations of the city. At the bottom level are the masses, the common citizens who have limited input and influence over their government. In defense of these social divisions, elite theorists argue that elite rule is a natural consequence of democracy and a safeguard against mob rule. A major critique against the elite theory of urban politics is that it paints a negative picture of urban democracy, for policies are made independently of public opinions, elections are perfunctory, elites are ultimately self-interested, and corruption in government is inevitable.

In response to the criticisms of elite theory came the pluralist, or interest group, approach to urban politics, a scholarly tradition influenced heavily by the works of Robert Dahl, Charles Lindblom, and David Truman. Rejecting the idea that democracy is a sham, pluralists argue instead that urban governments are open and democratic, that citizens have free will, and that elections are the ultimate guarantee of democracy. Once the dominant paradigm of urban power, pluralists argue that societies consist of numerous institutions and organizations, each having diverse cultural, religious, economic, racial, and ethnic interests. Political resources divide among these different groups, and policies are made by group conflict and collective bargaining. Such group competition allows different

interests the chance to influence the outcomes of government, which ultimately furthers urban democracy. While it is an improvement over elite theory, some common critiques against pluralism are that it underestimates the strength of elites and fails to account for the interests of individuals who are systematically excluded from the political process (for example the poor, racial/ethnic minorities, and so on).

An increasingly popular theoretical perspective is the regime (or coalition) theory of urban politics. Borrowing from the intuitions gained from the literature on foreign policy, regime theorists suggest that urban power is indirect and informal and realized through coalitions (regimes) between government and nongovernment partners. One of the more widely cited books in regime theory is Clarence N. Stone’s Regime Politics: Governing Atlanta, 1946-1988 (1989). Regime theorists contend that understanding urban governance requires examining the composition of political coalitions and the manner in which members of these coalitions are accommodated. A recurring argument among regime theorists is that power is a “social production,” something that occurs when different interests unite to achieve common purposes. Decision-makers have relative autonomy, but they have to create a “capacity” to govern to be successful. To do so, leaders need to combine forces with private agencies to induce cooperation among people with access to institutional resources. Despite its widespread appeal, regime theory has its share of critics. A common argument against regime theory is that it does not adequately explain why regimes form, how they maintain themselves, or why they change.

Much of the research on American political power focuses on national trends. This is unfortunate because large-scale analyses depend on the insight gained from state, local, and municipal-level research. To borrow the phrasing of former Speaker of the House, Thomas “Tip” O’Neill (1912-1994), the study of urban politics reminds social scientists that “all politics is local.”

METROPOLITAN GOVERNMENT refers to the government of a metropolitan area as a whole, as opposed to the fragmentary rule of individual municipalities that constitute the area. Because of America's permissive municipal incorporation laws and the prevailing devotion to grassroots rule, governmental fragmentation has characterized most metropolitan areas in the United States. Scores of suburban municipalities surround central cities, especially in the Northeast and Midwest, and a multitude of special districts, each providing a single service, adds to the number of governmental units.

During the nineteenth century, aggressive annexation efforts eliminated some of the local units surrounding major cities. In 1854, Philadelphia annexed all of Philadelphia County; in 1889, Chicago's area increased fourfold; and in 1898, New York City combined with Brooklyn, Queens, Staten Island, and much of what is today The Bronx to form Greater New York. At the same time, state legislatures formed special-purpose metropolitan districts, thereby pioneering metropolitan-wide cooperation. In 1889, the Illinois legislature established the Chicago Sanitary District, enabling Chicago and its suburbs to work jointly to solve sewage disposal problems. Between 1889 and 1895, the Massachusetts legislature created metropolitan water supply, sewage disposal, and park districts to serve Boston and surrounding towns.

As suburban municipalities attracted more residents and wealth, they proved better able to provide services equal to those of the central cities. Thus, during the early twentieth century, suburbanites voted down an increasing share of proposals for consolidation with the core city. The number of suburban municipalities soared, much to the consternation of good-government reformers, who were devoted to efficient rule and abhorred the wasteful duplication and conflict that accompanied fragmentation. Such organizations as the National Municipal League and League of Women Voters as well as most political scientists staunchly supported metropolitan reform. Fearing economic decline in the suburb-ringed central cities, many business leaders also lined up behind metropolitan reform.

In the 1920s and 1930s, good-government reformers and business leaders in St. Louis, Pittsburgh, and Cleveland campaigned for a two-tier federative structure with an overarching metropolitan government exercising certain regional functions and the existing municipalities retaining local duties. Voters rejected the two-tier schemes, and they continued to veto federative plans in the decades after World War II. In 1957, however, Miami-area voters approved a proposal that shifted certain functions from municipalities to a metropolitan county government. During the late 1960s, Indiana's legislature created a unified city-county structure for Indianapolis, and Minnesota lawmakers established the Twin Cities Metropolitan Council to foster regional planning and coordination among the area's special-purpose metropolitan districts. Yet such victories over fragmentation were the exception, not the rule.

During the last decades of the twentieth century, public choice theorists in academia joined in the attack on metropolitan reform. They proclaimed the advantages of fragmentation, arguing that balkanization permitted citizens to shop around for a government that suited their needs. By the 1990s, however, a new generation of reformers was rallying behind a new regionalism movement and citing the need for metropolitan-wide cooperation to realize economic growth and social equity. Given the electorate's reluctance to support major reforms, even the new regionalists realized that dreams of consolidated metropolises or two-tier metropolitan federations were largely unrealistic.

Henry Demarest Lloyd , American reformer Henry Demarest Lloyd (1847-1903) epitomized the patrician social reformer in late-19th-century America. His career is characterized… Wang An-shih , Wang An-shih Wang An-shih (1021-1086) was the most famous reformer in Chinese history, a poet, and a scholar. He developed a program of far-reaching… Municipal Government , MUNICIPAL GOVERNMENT refers to the institution created by states to govern incorporated localities—particularly cities. States grant powers to munici… Zemstvo , Zemstvo was a system of local self-government used in a number of regions in the European part of Russia from 1864 to 1918. It was instituted as a re… Thebes (egypt) , Thebes Type of Government The Greek city of Thebes was notable for its participation in the Boeotian League, a regional confederacy of sovereign city… Albany (Australia) , Albany: Economy Major Industries and Commercial Activity State and local governments employ nearly a quarter of the Albany area workforce, a phenomen…