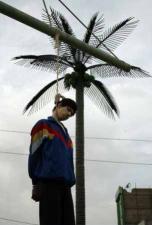 Capital of the province of Khuzistan in southwestern Iran.

Located on the Karun River, Ahvaz developed as a flourishing pre-Islamic city, and it became the capital of the province of Khuzistan in the late tenth century. Its silk textile and sugar production were very important. Ahvaz declined after the Mongol invasions. By the nineteenth century it had dwindled to a small town. But the opening of the Karun River in 1888 to international navigation, the beginning of oil exploration in 1908 at nearby Masjed Suleyman, and the construction of the Trans-Iranian railroad, which reached Ahvaz in 1929, all stimulated the growth of the city. By the 1950s the population of Ahvaz had reached more than 100,000. The primary causes of growth during this period were commerce and port activity. Beginning in the 1960s and continuing throughout and after the Iran–Iraq War (1980–1988), Ahvaz developed as a major industrial center. The population was 804,980 in the 1996 census.