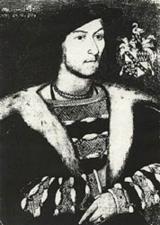 The American educator Martha Carey Thomas (1857-1935) was a proponent of woman's rights and president of Bryn Mawr.

Carey Thomas was born in Baltimore, Md., on Jan. 2, 1857, the oldest of 10 children of Dr. James Carey Thomas and Mary Whitall Thomas. Both parents were active members of the Society of Friends. Her intellectual development was strongly influenced by the militant feminism of her mother and her aunt Hannah Whitall Smith, a renowned preacher and reformer.

After attending private schools, Carey Thomas entered Cornell, then the only eastern university admitting women, as a junior, graduating in 1877 as a member of Phi Beta Kappa. Although admitted to graduate study at Johns Hopkins University by special vote of the trustees, she was dissatisfied with the policy that prevented her from attending seminars. In 1879 she went to Germany to continue her philological studies. She spent 3 years at Leipzig, which refused to grant degrees to women, as did Göttingen, where she also tried. Finally Zurich accepted her dissertation, and her brilliant defense won her a doctorate summa cum laude in 1882.

In 1884 Carey Thomas accepted the post of dean and professor of English literature at Bryn Mawr, then about to open as a college for women. She desired to build it into an institution that would encourage women to follow careers without having to face the difficulties with which she had struggled. Convinced that women deserved exactly the same education as men and needed even higher standards than men to succeed, she molded a curriculum that offered more advanced work than that given in many men's colleges and upheld the highest academic standards. She helped recruit an outstanding faculty which permitted offering graduate work modeled after that at Johns Hopkins. In 1894 she became president of Bryn Mawr, a post she held until her retirement in 1922. Her addresses to the student body were vividly remembered by many alumnae, inspiring them to strive for success in the professional careers that she had done so much to open to them.

Carey Thomas also helped open the Johns Hopkins Medical School to women by raising substantial sums on condition that no sexual discrimination be followed. She was active in the fight for woman's suffrage, helped organize the Summer School for Women Workers in Industry, and was the first woman trustee of Cornell. She played a major role in the League to Enforce Peace.

Carey Thomas never married. She died in Philadelphia on Dec. 2, 1935.

Thomas Sackville 1st Earl Of Dorset , Skip to main content Thomas Sackville 1st earl of Dorset Dorset, Thomas Sackville, 1st earl of Dorset, Thomas Sackville, 1st earl of (c.1536–1608). T… Thomas Crawford , Crawford, Thomas Thomas Stanley , Stanley, Thomas (fl. 1429–d. 1462). English mason. He built the tower at Lydd Church, Kent (1442–6), and for some time from at least 1429 was a senio… Theodore Thomas , Theodore Thomas Theodore Thomas (1835-1905) was one of the fore most American orchestral conductors of his time and the original director of the Chic… Lewis Thomas , Lewis Thomas was born in Flushing, Queens, the fourth child and first of two sons of Joseph Simon Thomas, a physician, and Grace Emma Peck, a nurse.… Alma Thomas , Thomas, Alma 1891–1978 Painter Alma Thomas was a painter who viewed nature as a colorful, abstract mosaic. Through her eyes, leaves fluttering outsid…