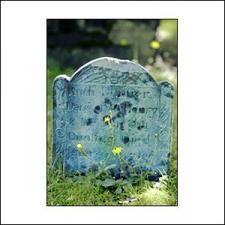 Henry Dunster (ca. 1609-1659), an English-born American clergyman, was distinguished as the innovative and forceful first president of Harvard College.

Henry Dunster was born in Bury, Lancashire, England, the fifth child of a yeoman farmer. At 17 he entered Magdalene College at Cambridge University and, upon completion of requirements, received a bachelor of arts degree. He returned to Bury as a teacher and curate, studied Oriental languages, and in 1634 was granted a master of arts degree from Cambridge. Under spiritual stress, Dunster gravitated to Puritanism and emigrated to New England.

Although relatively unknown, Dunster was chosen president of Harvard College upon his arrival in Boston in 1640. He revived an institution that was virtually defunct, reuniting the scattered student body and establishing degree requirements. With Cambridge and Oxford as models, he was determined to put Harvard on secure foundations. The college laws were first codified in 1646, a charter obtained in 1650, and the holdings of the library increased through gifts. Dunster and Thomas Shepard, the eminent Puritan and theologian, petitioned the New England Confederation for contributions from the inhabitants, obtaining £250 in gifts of wheat by 1653. Dunster advocated 4 years residence for the bachelor of arts degree, and although protesting students refused to pay commencement fees, he successfully instituted the change. Edward Johnson in his Wonder Working Providence (1654) observed that "the learned reverend, and judicious Mr. Henry Dunster [was] fitted from the Lord for the work."

In 1641 Dunster married Elizabeth, the widow of Jose Glover. Marriage brought President Dunster financial security and also Glover's printing press. Operated for years in Dunster's house, this press was the first one in the Colonies and was later acquired by Harvard. His wife's death in 1643 led to conflict between her children and Dunster over the estate. In 1644 he chose a second wife, Elizabeth Atkinson, who outlived him.

While a member of the Cambridge church, Dunster refused to have an infant son baptized. Public hostility to his Baptist views led to demands for his resignation from Harvard. On Oct. 24, 1654, he resigned, later becoming a minister at Scituate in Plymouth Colony. He died there in 1659.

Harvard University , HARVARD UNIVERSITY. Puritans so dreaded an uneducated ministry that in 1636, only six years after the founding of Massachusetts Bay, the colony's Gen… Peter J. Gomes , Gomes, Peter J. 1942– Clergyman, educator, author “Image not available for copyright reasons” As Harvard University’s Plummer Professor of Christian… Henry Vii , HENRY VII (ENGLAND) (1457–1509; ruled 1485–1509), king of England. Henry Tudor, later earl of Richmond, was born in Pembroke Castle, Wales, on 28 Jan… Derek Curtis Bok , Derek Curtis Bok (born 1930) served as dean of the Harvard Law School until he was named president of Harvard University in 1970. In this position he… William Henry Pickering , Pickering, William Henry PICKERING, WILLIAM HENRY astronomy The younger brother of the astronomer E. C. Pickering, William graduated from massachuset… John Harvard , Little is known about the short life of John Harvard (1607-1638). Yet his legacy has continued down through the centuries as the principal benefactor…