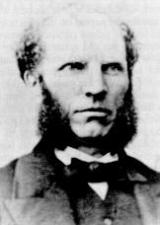 oxford
views updated
Minto, Gilbert John Elliot-Murray-Kynynmound, 4th Earl (1845–1914). Minto was educated at Eton and Cambridge and joined the Scots Guards in 1867. He was famous for riding racehorses until he broke his neck in the 1876 Grand National. Thereafter, he became a newspaper correspondent in Spain, Turkey, and Canada and observer of the wars in Afghanistan and Egypt. A Liberal, he was appointed governor-general of Canada 1898–1904, and in 1905 became viceroy of India. His period in office was principally distinguished by his work with Secretary of State John Morley to pass constitutional reforms which introduced (albeit in a very restricted form) the principles of elected representation to the government of India. However, his relations with Morley were strained by his conservatism, which included reintroducing deportation without trial for nationalist ‘agitators’. The Morley–Minto reforms are also remembered for introducing separate Hindu and Muslim ‘communal’ electorates. He retired in 1910.

John Morley , MORLEY, JOHN (1838–1923), British Liberal secretary of state for India (1906–1910). John Morley launched a number of significant Constitutional refor… Bengal , Bengal BENGAL The name "Bengal" (or Bangla) comes from Vanga or Banga, the name of the ancient deltaic kingdom. The state of over 100 million people… Gopal Krishna Gokhale , GOKHALE, GOPAL KRISHNA (1866–1915) Indian educator and politician, president of the Indian National Congress (1905). Gopal Krishna Gokhale was one of… James Bruce 8th Earl Of Elgin , 8th Earl of Elgin 8th Earl of Elgin James Bruce, 8th Earl of Elgin (1811-1863), was the governor general of Canada who implemented the principle of "… Kashmir , Kashmir KASHMIR Since the partition of India in 1947, the state of Jammu and Kashmir has remained a bone of contention between India and Pakistan, pr… Mohammed Ali Jinnah , Jinnah, Mohammed Ali Jinnah, Mohammed Ali 1876-1948 Mohammed Ali Jinnah was born in 1876 in Karachi, then a small port town on the western coast of B…