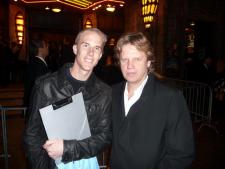 Müller’s earliest years were spent in Lenzburg, in the canton of Aargau; but when he was nearly five, his father, an employee of the Swiss Federal Railroads, was transferred to Basel, where the boy received his elementary education. His interest in chemistry was stimulated in 1916, when he was employed as a laboratory assistant in the chemical factory of Dreyfus and Company. In 1917 he became a chemical assistant in the research laboratories of Lonza A. G., where he remained for a year. The experience thus gained convinced Müller that his future lay in chemistry, and he therefore entered the University of Basel in 1919 to work with F. Fichter and Hans Rupe. He received his doctorate in April 1925, with a thesis on the chemical and electrochemical oxidation of m-xylidine and its derivatives. His minor subjects were physical chemistry and botany. In May 1925 he became a research chemist in the dye factory of J. R. Geigy A.G., where he remained for the rest of his active career, rising to the post of deputy head of pest control research.

Because of his interest in botany Müller began a study of plant pigments and natural tanning agents. His work on the preservation and disinfection of animal skins led him to utilize biological studies, and he soon turned his attention to pesticides. He dis- covered a mercury-free seed dressing, which was of value for Swiss farmers.

In 1935 Müller began to study contact insecticides and drew up a set of criteria to guide him in his search for an ideal agent. These included great toxicity for insects, rapid toxic action, no or slight toxicity for plants and warm-blooded animals, no odor, long- lasting action, and low price. He did not consider stability and decomposability.

Müller first studied the action of a great many different types of compounds on a variety of insects. He believed that besides its practical value, this work was of philosophical interest in bringing together biologists and chemists. He soon concluded that it would be possible to discover safe insecticides, since the absorption of toxic substances by insects was entirely different physiologically from their absorption by warm-blooded animals. His attention was drawn to the group of chlorinated derivatives of phenyl ethane. In September 1939 he observed that in its action on flies 4,4’-dichloro-diphenyl-trichloro-ethane satisfied nearly all of his criteria, and he soon found that it was equally effective against other types of insects. The compound had first been prepared in 1873 by Othmar Zeidler, who had published a brief description of the substance in Berichte der Deutschen chemischen Gesellschaft (7 [1874], 1181), but with no indication that it had any physiological action.

Müller called the substance DDT, and the basic Swiss patent was secured in March 1940. He described his work on this and other insecticides in papers published in the Helvetica chimica acta in 1944 and 1946. In the second of these papers he reported the investigation of a large number of compounds related to DDT, none of which proved as effective as the original. Müller was unable to find any general relations between structure and insecticidal action and noted, “A chemical compound is an individual whose characteristic action can be understood only from its totality, and the molecule means more in this case than the sum of its atoms.”

The first commercial preparation of DDT appeared on the market at the beginning of 1942, and its value was immediately recognized. Müller noted rather proudly that in spite of many attempts by the combatants in World War II to obtain a better insecticide, none had improved on his DDT. Since much of the war was fought in tropical areas, the value of DDT in destroying disease-bearing insects was obvious. The early work seemed to indicate that the substance was completely safe for humans. After the war it was widely used in the Mediterranean area to eradicate malaria-bearing mosquitoes, and the incidence of this disease was greatly reduced. Honors quickly came to Müller, culminating in his receipt of the Nobel Prize in physiology or medicine in 1948. In 1963 he was awarded an honorary doctorate by the University of Thessaloniki because of the value of DDT in the Mediterranean region. In 1961 Müller retired from the Geigy Company and established a private laboratory at his home in Oberswil, where he continued his investigations until his death.

In establishing his criteria for the properties of an ideal insecticide, Müller had not considered the possibility of the accumulation of the agent in various biological species until it reached dangerous propor- tions. He was not unaware of this possibility, however, for in concluding his 1946 article he wrote, “Pyrethrum and rotenone, like all natural insecticides, are com- pletely destroyed in a short time by light and oxidation, as opposed to the synthetic contact insecticides which have been shown to be very stable. Nature must and will behave in this way, for what a catastrophe would result if the natural insecticide poisons were stable. Nature plans for life and not for death!”Such considerations, disregarded at first, were gradually recognized in the years immediately following his death. As the use of DDT increased, it became apparent that the stability of the compound caused it to accumulate to a harmful degree in some animal species. Far-reaching ecological changes could be foreseen, and numerous controversies arose as doubts were expressed concerning the long-range safety of DDT. It was apparent that the contact insecticides of the DDT type were not the complete answer in the search for an ideal agent of this sort.

The Swiss chemist Paul Hermann Müller (1899-1965) is noted for his discovery of the insecticidal powers of DDT.

Paul Müller was born on Jan. 12, 1899, at Olten, Switzerland, the son of an official of the Swiss Federal Railways. The family soon moved to Basel. Encouraged by his father, Müller performed experiments at home with chemicals bought at a local pharmacy. After a brief spell as a laboratory technician Müller entered Basel University. In 1925 he was awarded a doctorate for a thesis on the chemical and electrochemical oxidation of a substance known as asymmetrical m-xylidine and some of its derivatives. That year he joined the firm of J.R. Geigy as research chemist.

Müller's first research interest at Geigy was in the field of leather tanning, and he was able to develop several synthetic tans with good fastness to light. He also developed an interest in the conservation of hides and in the associated problem of rendering wool resistant to attack by moths. Although the firm had by this time considerable expertise in mothproofing textiles on an industrial scale, Müller believed that an alternative approach to the problem was necessary. Hitherto the insecticides used had been oral poisons. Müller proposed a search for insecticides that could act by mere contact, and for this he did his own biological testing, which was unusual for a chemist. Realizing that compounds with a—CCL3 group (for example, chloroform) were often lethal to insects, he examined several of these until, in 1939, he came to DDT (dichlorodiphenyltrichloroethane), which, although known since 1873, was now revealed as a far more effective contact insecticide than any other and was easily manufactured.

This discovery came at a crucial moment in history. DDT, with its lethal action on malaria-carrying mosquitoes, played a vital role in maintaining the health of the Allied armies in the Far East. As a routine precaution, the shirts of British and United States troops were impregnated with DDT. Its first use on a large scale was at Naples in 1943, when a typhus epidemic was brought under control within 3 weeks. Today, discovery of pesticide residues in animal bodies has revealed a toxic hazard unsuspected in Müller's day, and controls in the use of DDT and other pesticides are being demanded.

For his discovery Müller received the Nobel Prize for physiology or medicine in 1948. In 1962 he was given an honorary doctorate at Thessalonica (Salonika) in recognition of the valuable effects of DDT in the Mediterranean area.

Müller became deputy chairman of Geigy and assistant research director of its pesticides division. He died in October, 1965.