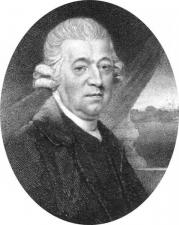 The last male heir of an ancient Wiltshire family that probably originated in Normandy, Maskelyne was educated at Westminster School, where he received a good grounding in the classics. During his vacations, he was tutored in the writing and arithmetic. He enjoyed reading and was fascinated by optics and astronomy, through which he was led to the study of mathematics as the indispensable tool for the proper understanding of these related sciences. Having mastered in a few months the elements of geometry and algebra, he then applied this knowledge to other aspects of natural philosophy, particularly mechanics, pneumatics, and hydrostatics. He furthered these studies at Trinity College, Cambridge, graduating in 1754 as seventh wrangler. After being ordained in 1755, he accepted a curacy near London; there, rather than seeking a livelihood in the Anglican Church, he devoted many of his leisure hours to assisting the astronomer royal, James Bradley, in computing tables of refraction. He was elected a fellow of Trinity College, Cambridge, in 1758 and of the Royal Society the following year.

On Bradley’s recommendation, Maskelyne was sent in 1761 by the British government to the island of St. Helena to observe the transit of Venus, from which the distance of the earth from the sun can be deduced. Unfortunately, clouds prevented his observing the time of emersion of this planet; and an error in his observations of the meridian zenith distance of the bright star Sirius—due to a fault in suspending his zenith sector—prevented him from testing the supposition that it exhibited a small but measurable parallax.

Maskelyne was more successful with observations made during the voyage for the purpose of investigating the reliability of the lunar distance method of determining longitude at sea. The lunar tables that he employed were those of Tobias Mayer, transmitted to London in 1755 to support his application for a large parliamentary bounty offered to “such person or persons as shall discover the longitude at sea.” The instrument used for making the necessary angular measurements of lunar distances and celestial altitudes was a reflecting quadrant of the type invented by John Hadley in 1731 and already in widespread use among seamen. In his book The British Mariners Guide (London, 1763) he gave detailed instructions on how to use and rectify this instrument, and examples of how to apply the lunar tables in calculating the longitude.

A prime objective of Maskelyne’s second voyage, to Bridgetown in Barbados in 1764, was to assess the accuracy of the rival chronometer method of longitude determination, championed by John Harrison, before a decision could be made on its claim for a parliamentary award; this necessitated Maskelyne’s making astronomical observations to establish the longitude of Barbados. He was also ordered by the Board of Longitude to investigate the comparative accuracy of two additional means of longitude determination based upon observations of the satellites of Jupiter and on occultations of stars by the moon. He was further entrusted with the testing of a marine chair designed by a certain Mr. Christopher Irwin, which he found to be quite impracticable for assisting observations made at sea.

At a memorable meeting of the Board of Longitude (9 February 1765), at which the sums to be awarded to Harrison and Mayer were specified, Maskelyne, who had just been appointed astronomer royal, arranged for four naval officers to be in attendance to testify to the general utility of the lunar-distance method for finding longitude at sea to within 1° or 60 miles. He also presented a memorial in which he proposed that the practical application of the method could be facilitated by the preparation of a nautical ephemeris with auxiliary tables and explanations. These plans crystallized less than two years later with the publication of the Nautical Almanac for 1767. Maskelyne also assumed the responsibility of supervising the printing and publishing of Mayer’s lunar theory (1767) and his solar and lunar tables (1770), and he prepared “Requisite Tables” (1767) for eliminating the effects of astronomical refraction and parallax from the observed lunar distances. He continued to superintend the ever-increasing work of the computers and comparers of the annual Nautical Almanac until his death more than forty years later.

This periodical is undoubtedly Maskelyne’s greatest monument to astronomical science. It is still a useful navigational aid even though the lunar distance tables themselves became obsolete by the beginning of the twentieth century, mainly as a result of the exceptionally high degree of reliability of chronometers.

Among Maskelyne’s onerous duties at the Royal Observatory was to assess the performances of a considerable number of chronometers submitted for an official trial by other pioneers of watchmaking—Thomas Mudge, John Arnold, Josiah Emery, and Thomas Earnshaw. The controversial results of these comparative tests, which stemmed from an ambiguity in defining “accuracy” and “error” in the case of chronometers, had the desirable effect of establishing a consistent system of rating and the introduction in 1823 of “trial-” or “test-numbers,” which were modified by George Airy in 1840 to a system that is still used.

In a famous experiment of 1774 Maskelyne attempted to determine the earth’s density from measurements of the deviation of a plumb line produced by the gravitational attraction of Mt. Schiehallion, in Scotland. By observing the slight difference in the zenith distances of certain stars at two observing stations on the north and south faces of the mountain, and making due allowance for the effect of their latitude difference by means of geodetic measurements, Maskelyne identified the residual displacement of 11.7” with the sum of the deviations in the direction of the vertical to the earth’s surface on each side of this conveniently symmetrical mountain. This was the first convincing experimental demonstration of the universality of gravitation, in the sense that it operates not only between the bodies of the solar system but also between the elements of matter of which each body is composed. With the aid of his friend Charles Hutton and John Playfair, who estimated the density of the rocks and total mass of that mountain relative to the mass of the earth, Maskelyne concluded the mean density of the earth to be between 4.867 and 4.559 times that of water, a result that compares quite well with the presently accepted value of 5.52.

No definitive biography of Maskelyne has been written but accounts of his life and work are to be found in standard encyclopedic works such as Encyclopaedia Britannica, 8th ed. (1857), XIV, 334–336; and Dictionary of National Biography, rev. ed., XII, 1299–1301; from which references to other biographical sources may be obtained. Precise references to Maskelyne’s contributions to the Philosophical Transactions of the Royal Society between 1760 and 1808 and to his other publications are in D. W. Dewhirst’s new ed. of J. C. Houzeau and A. Lancaster, General Bibliography of Astronomy to the Year 1880, 2 vols. (London, 1964). No fewer than 168 batches of Maskelyne’s papers are preserved in the records room of the Royal Greenwich Observatory. Photocopies of some other unpublished writings, still in the possession of one of his heirs, are in the MS department of the National Maritime Museum, London (Reference PGR/38/1). other repositories of his correspondence include the libraries of the Royal Society of London, the British Museum, the Fitzwilliam Museum and university library in Göttingen’ and the private archives of the earl of Bute at Rothesay, Scotland.

Friedrich Wilhelm Bessel , Bessel, Friedrich Wilhelm Bessel, Friedrich Wilhelm astronomy, geodesy, mathematics. Bessel’s father was a civil servant in Minden; his mother was th… Edmond Halley , Halley, Edmond Halley, Edmond astronomy, geophysics. Halley was the eldest son of Edmond Halley, a prosperous landowner, salter, and sopmaker of the… Tycho Brahe , Brahe, Tycho Brahe, Tycho astronomy. The second child and eldest son of Otto Brahe and his wife, Beate Bille, Tycho (Danish, Tyge) was born at the fa… Ptolemy , Ptolemy (or Claudius Ptolemaeus) (b. ca.a.d. 100; d. ca.a.d. 170) mathematical sciences, especially astronomy. Our meager knowledge of Ptolemy’s life… Parallax , Astronomers must use very indirect methods to measure the distances to stars and other astronomical objects. Measuring a star's parallax is a way to… Simon Newcomb , Newcomb, Simon NEWCOMB, SIMON Simon Newcomb was the most honored American scientist of his time. During his lifetime his influence on professional as…