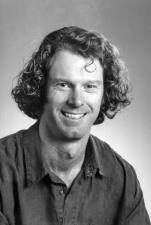 oxford
views updated
Penry, John (1563–93). Puritan writer. A de facto clergyman though never taking holy orders, and regarded by some as pioneering Welsh nonconformity, Penry's concern about the lack of preaching ministers in his native Wales so displeased Archbishop Whitgift that he was briefly imprisoned and the offending Treatise seized (1587). As his attacks on the established church coincided with appearance of the Marprelate tracts, he was ineluctably drawn into the controversy; friendship with Udall and Job Throckmorton, and close association with Robert Waldegrave's secret printing press, made him a prime suspect for ‘Martin Marprelate’, though he was merely sympathetic collaborator and co-ordinator rather than author. He fled to Edinburgh (1589) but returned to London in 1592, allying himself to Henry Barrow and the separatists, only to be captured the following March and imprisoned. Despite slender evidence when tried at the Queen's Bench, he was indicted, convicted, and hanged.

Kakuei Tanaka , Kakuei Tanaka Kakuei Tanaka Tanaka Kakuei (1918-1993) was the most controversial of the post-World War II prime ministers of Japan. As the leader of… Lutherans , Sources New Sweden. The first Lutherans in America were Swedes who assembled on the banks of the Delaware River in 1638 in the settlement of Sweden’s… Konstantin Petrovich Pobedonostsev , Pobedonostsev, Konstantin POBEDONOSTSEV, KONSTANTIN POBEDONOSTSEV, KONSTANTIN (1827–1907), procurator of the Holy Governing Synod of the Russian Orth… Henry Pelham , Pelham, Henry (c.1696–1754). Prime minister. Pelham was 1st lord of the Treasury for over ten years (1743–54) and highly regarded by his contemporari… Iyad Allawi , Iyad Allawi 1945 • Adhamiyah, Iraq Former prime minister of Iraq For nearly thirty years Iraq-born Iyad Allawi lived in Great Britain, where he was k… Queens , Queens Queens are female sovereigns. A queen regnant rules a kingdom in her own right (or, in rare cases, by sharing power with a king). A queen cons…