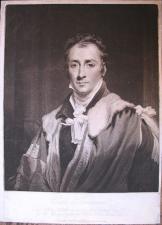 The moral philosopher Anthony Ashley Cooper, 3d Earl of Shaftesbury (1671-1713), made his chief contributions in the fields of moral philosophy and esthetics.

On Feb. 26, 1671, Anthony Ashley Cooper was born in London. His grandfather gave the responsibility for the boy's education to John Locke. Locke hired a tutor, Mrs. Elizabeth Birch, for young Anthony, and her efforts met with such success that before his twelfth birthday he could easily read both Latin and Greek. Following the death of his grandfather in 1683, his parents enrolled him in Winchester College. Here, however, he was insulted and abused, perhaps because of his grandfather's activities as a Whig. After 3 years at Winchester, he persuaded his father to allow him to travel abroad. Together with two friends and tutors he spent 3 years on the Continent (1686-1689) before returning to England.

Cooper's health was poor, and the climate of London served to aggravate his asthma. In 1689 he was offered a seat in Parliament, but he did not accept at this time because of his desire to devote himself exclusively to his studies. In 1695 he was elected to Parliament as a Whig. As a member, he argued relentlessly for liberty and for the legal rights of the accused. His poor health forced him to resign his seat in 1698, and he then spent several months in Holland. After the death of his father in 1699, he assumed the title and the responsibilities of the 3d Earl of Shaftesbury. King William II offered him the post of secretary of state, but Shaftesbury declined the offer because of his health. The only official position he held was that of vice admiral of Dorsetshire.

Shaftesbury married Jane Ewer, whom he hardly knew, in 1709. They had one son, who became the 4th Earl of Shaftesbury.

Shaftesbury devoted his life almost exclusively to his studies and to his writing after Queen Anne assumed the throne in 1702. Although his health was poor, Shaftesbury was diligent about his studies. Shaftesbury's writings were, for the most part, occasional pieces rather than systematic treatises. His essays include "An Inquiry concerning Virtue or Merit" (1699), "A Letter concerning Enthusiasm" (1708), "Sensus Communis, an Essay on the Freedom of Wit and Humour" (1709), "The Moralists, a Philosophical Rhapsody" (1709), and "Soliloquy, or Advice to an Author" (1710). These essays were republished in a three-volume collection as Characteristics of Men, Manners, Opinions, Times (1711). For this collection Shaftesbury wrote an introduction entitled "Miscellaneous Reflections on the Preceding Treatises." Seeking a more congenial climate, Shaftesbury left England in 1711. He finally settled in Naples, Italy, where he died on Feb. 4, 1713.

In his moral philosophy Shaftesbury asserted that men by nature are not inherently selfish and can, even without the aid of religion, lead virtuous lives. He found true morality in a balance between egoism and altruism. This balance becomes possible because a harmony exists between society and the individual that makes the general welfare identical with individual well-being. Man is innately equipped with spontaneous instincts to develop and promote this harmony.