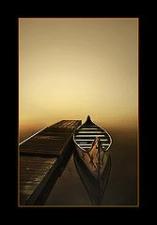 Al-Husayn ibn Mansur al-Hallaj (857-922) was a Persian Moslem mystic and martyr. He reinforced ecstatic and pantheistic tendencies already present in the Islamic third century, and they became a continuing part of Islamic life after al-Hallaj's teaching and martyrdom.

Al-Hallaj was born in what is now southern Iran but was educated in Arabic-speaking Iraq, studying with one of the eminent Sufis, or mystics, of the time, Sahl al-Tustari. After his marriage in 877, al-Hallaj settled in the capital of the Abbasid Empire, Baghdad, and continued to study and experience mysticism. He made three pilgrimages to Mecca, each of which was a deep emotional experience for him, and he is also alleged to have traveled in India and central Asia.

Al-Hallaj early began to preach to crowds of listeners about his ecstatic mystical experiences. This brought him to the notice of the orthodox theologians. A political reform movement led by religious persons, in which al-Hallaj does not seem to have been personally involved, led to a reaction against the reformers. He was arrested and imprisoned in 911 with many others, but after being pilloried as a politicoreligious extremist (he seems to have been wholly inactive politically), he was kept under lenient arrest in the caliph's palace. There he influenced powerful personages such as the queen mother and the vizier Ibn Isa.

Financial corruption among candidates for the vizier's office led to the public trial in 921-922 of al-Hallaj, whose execution for heterodoxy was desired by one of the contenders to prove his own support of the orthodox position. The condemnation was pushed through, despite much popular sentiment in favor of al-Hallaj, on the grounds that he had said, "I am the Truth, " that is, "I am God." He was tortured and executed in 922.

The sordid political intrigues to which al-Hallaj fell victim are less important in historical perspective than the spiritual issues which he aroused during his lifetime and after. Orthodox Islam is a religion which stresses the remote transcendent quality of God, and the absolute monotheism which it preaches scarcely admits of even metaphorical and ecstatic expressions such as mystics in every religion are prone to utter. Later Sufis regarded al-Hallaj as a martyr and viewed his faults as primarily lack of discretion about the mystic experience; his example led to persecution for the Sufis for a time and to a certain care on their part that their sayings and poetry not be taken too literally.

There is no work on al-Hallaj in English. Useful introductions to the subject of Islamic mysticism, with references to al-Hallaj, are A. J. Arberry, Sufism:An Account of the Mystics of Islam (1950); R. C. Zaehner, Hindu and Muslim Mysticism (1960); and Majid Fakhry, A History of Islamic Philosophy (1970).