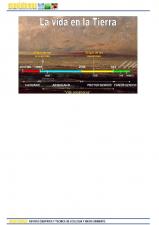 Kluyver was the second child and only son of Marie Honingh and Jan Cornelis Kluyver, an engineer who was later professor of mathematics at Leiden. He entered the Technical University of Delft in 1905 and received a degree in chemical engineering in 1910. In the latter year he became assistant to professor G. van Iterson in the Technical Botany Laboratory of the University and began work on a thesis on biochemical sugar determinations, published in 1914 as Biochemische SuiKerbepalingen. In his thesis Kluyver reported on his measurement of the amount of carbon dioxide produced by yeast during aerobic incubation with sugar solutions. He further suggested that it might be possible, through the use of selected types of yeast, to determine quantitatively any one of a number of sugars in such mixtures. (He returned to this subject in a paper of 1935, “Die bakteriellen Zuckervergärungen”.)

In 1916 Kluyver went to the Dutch East Indies as an adviser to the Netherlands Indies Government on the promotion of native industries. He returned to the Netherlands to succeed, in 1922, M. W. Beyerinck in the chair of general and applied microbiology at the Technical University of Delft. He remained there for the rest of his life, his tenure being interrupted only in 1923, when he made a long journey to study the coconut-fiber and copra yarn industries of Ceylon and the Malabar coast of India to determine the practicality of establishing these industries in Java.

In 1922, when Kluyver took up his duties at Delft, the study of the chemical activities of microorganisms was still in its infancy. The microbiologist C. B. van Niel, Kluyver’s first student at Delft and later his collaborator, gave this assessment of the state of the science at the time:

… the knowledge of the chemical activities of microorganisms was virtually restricted to an awareness of a large number of more or less specific transformations that can be brought about by the diverse and numerous representative types. Except in a few institutions, the study of biochemistry itself appeared to consist in little more than the development and application of methods for the analysis of urine and blood. Within ten years Kluyver succeeded in welding together a vast amount of detailed information into a coordinated picture, whose strong and simple outlines encompassed the totality of the chemical manifestations of all living organisms, and whose structure brought into strong relief the dynamic aspects of these processes. In another ten years the direction of biochemical research throughout the world had been guided into the paths mapped out by Kluyver. And the spectacular successes scored in enlarging and intensifying biochemical understanding through investigations with appropriate micro-organisms, an approach repeatedly practiced and advocated by Kluyver, had convinced an increasing number of biochemists of the potentialities of such studies, with the logical result that the post-1940 biochemical literature has become predominantly occupied by publications on various aspects of microbiological chemistry [A. F. Kamp et al., eds., Albert Jan Kluyver (Amsterdam, 1959), p. 69].

Nor was Kluyver’s work only theoretical; in his inaugural address he had already proposed that some of the chemical activities of microorganisms might be utilized on a commercial scale. In 1924 he made the first investigation of Acetobacter suboxydans and recognized its importance in the production of sorbose, an intermediate stage in the commercial manufacture of ascorbic acid. Kluyver continued to develop the ties between theoretical and applied microbiology; by the end of the 1920’s, he had begun a significant collaboration with the Netherlands Yeast and Alcohol Manufacturing Company.

Kluyver’s study of Acetobacter suboxydans led him to recognize that the vast diversity of metabolic processes can be reduced to a relatively simple and unified principle of gradual oxidation. He applied this discovery, over the next two decades, to his studies of alcoholic fermentation, phosphorylation, the assimilatory processes, the nature and mechanism of biocatalysis, and cellulose decomposition in the rumen of cattle, and further utilized it in his classification of microorganisms (he was a member of the International Commission for Nomenclature and Classification of the International Congress for Microbiology). In 1933, in collaboration with L. H. C. Perquin, he reported on their development of submerged cultivation of molds, by which it became possible to obtain physiologically uniform cell material for use in studying the oxidative metabolism of these organisms. In 1942, in collaboration with A. Manten, he published a paper entitled “Some Observations on the Metabolism of Bacteria Oxidizing Molecular Hydrogen”, in which he showed that biochemical properties might be used advantageously to subdivide a genus already partly characterized by physiological data. Of his various contributions to science, however, his statement of the principle of hydrogen transfer as the fundamental feature of all metabolic processes has had the most far-reaching effect.

Although the chief orientation of Kluyver’s work was biochemical, he was also profoundly interested in problems concerning the morphology and development of microorganisms. During World War II, the department of technological physics at Delft was able to provide him with an electron microscope. He thus took up new techniques in studying microbial morphology.

After the war, Kluyver’s scientific concerns became more general; at the same time he took up new commercial duties. The Netherlands Yeast Factory greatly expanded its manufacture of pharmaceuticals, necessitating the appointment of a group of medical advisers, and Kluyver took his place at the head of this group. He further became an adviser to the Royal Dutch Shell Laboratory and to the Governmental Fiber Institute and was a trustee of the Central Organization for Applied Natural Scientific Research (T.N.O.) and a member of many of its committees. Following his example, an increasing number of Kluyver’s students went to work in industry.

Kluyver received a wide spectrum of honors and was a member of many scientific societies. Of particular interest was his membership in the Royal Netherlands Academy of Sciences, to which he was elected in 1926. He served as president of the natural sciences section of the organization from 1947 until 1954; during this period he was also appointed chairman of the commission bearing his name, the purpose of which was to prepare for the government recommendations concerning investigations of atomic energy. He became a member of the executive council of the Netherlands Reactor Center. He further remained active in the Biophysical Research Group DelftUtrecht, an organization dedicated to investigating biophysical problems, which Kluyver had founded with L. S. Ornstein, professor of physics at the University of Utrecht. This group published some eighty-seven papers between 1936 and 1956.

Kluyver married Helena Johanna van Lutsenburg Maas in 1916; they had two sons and three daughters. His character has been described as sensitive, restrained, and always courteous.

II. Secondary Literature. On Kluyver’s life and work, see the Jubilee Volume of the Netherlands Society for Mocrobiology, issued on the occasion of his twenty-fifth anniversary at the University of Delft as Antonie van Leeuwenhoek, vol. XII; and A. F. Kamp, J. W. M. la Rivière, and W. Verhoeven, eds., Albert Jan Kluyver: His Life and Work (Amsterdam-New York, 1959), which contains, among other things, a list of papers from Kluyver’s laboratory published between 1922 and 1956, a list of doctor’s theses published under his direction, and a complete bibliography of his own publications.

Albert Jan Kluyver developed the first general model of cell metabolism in both aerobic and anaerobic microorganisms , based on the transfer of hydrogen atoms. He was a major exponent of the "Delft School" of classical microbiology in the tradition of Antoni van Leeuwenhoek (1632–1723). Outside Delft, he also drew on the legacy of Louis Pasteur (1822–1895), Robert Koch (1843–1910), and Sergei Nikolayevich Winogradsky (1856–1953).

Born in Breda, the Netherlands, on June 3, 1888, Kluyver was the son of a mathematician and engineer, Jan Cornelis Kluyver, and his wife, Marie, née Honingh. In 1910, he received his bachelor's degree in chemical engineering from the Delft University of Technology, but immediately shifted his focus toward botany and biochemistry , winning his doctorate in 1914 with a dissertation on the determinations of biochemical sugars under the tutelage of Gijsebertus van Iterson, professor of microscopic anatomy. In 1916, on van Iterson's recommendation, the Dutch government appointed Kluyver as an agricultural and biological consultant for the Dutch East Indies colonial administration.

In 1921, again on van Iterson's recommendation, Kluyver succeeded Martinus Willem Beijerinck (1851–1931) as director of the microbiology laboratory at Delft, where he spent the rest of his career. He immediately acquired the most modern equipment and established high standards for both collegiality and research. The reorganized laboratory thrived. Kluyver's reputation soon attracted many excellent graduate students, such as Cornelius Bernardus van Niel (1897–1985), another chemical engineer. Van Niel received his doctorate under Kluyver with a dissertation on propionic acid bacteria in 1928 and was immediately offered an appointment at Stanford University.

In a landmark paper, "Eenheid en verscheidenheid in de stofwisseling der microben" [Unity and diversity in the metabolism of microorganisms] Chemische Weekblad, Kluyver examined the metabolic processes of oxidation and fermentation to conclude that, without bacteria and other microbes, all life would be impossible. Two years later he co-authored with his assistant, Hendrick Jean Louis Donker, another important paper, "Die Einheit in der Biochemie" [Unity in biochemistry] Chemie der Zelle und Gewebe, which asserted that all life forms are chemically interdependent because of their shared and symbiotic metabolic needs. He explained these findings further in The Chemical Activities of Microorganisms.

Kluyver had a knack for bringing out the best in his students. He often and fruitfully collaborated and co-published with them, maintaining professional relationships with them long after they left Delft. For example, with van Niel he co-wrote The Microbe's Contribution to Biology. A cheerful, friendly, popular man, he was widely and fondly eulogized when he died in Delft on May 14, 1956. Van Niel called him "The Father of Comparative Biochemistry."