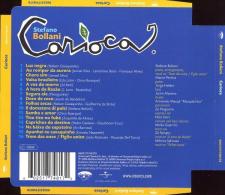 Luigi Pulci was born in Florence on Aug. 15, 1432, of an impoverished noble family. When his father died in 1451, leaving a destitute widow and five children, Luigi worked for a time as clerk and bookkeeper. In 1453 Pulci married Lucrezia degli Albizzi, who bore him four sons. In 1461 he was introduced to the Medici and formed a close friendship with Lorenzo. He was devoted also to Lorenzo's mother, Lucrezia Tornabuoni, at whose request he began the Morgante, probably in 1461. Pulci's collection of Letters reflects his warm affection for Lorenzo and Lucrezia over many years.

Lorenzo de' Medici became ruler of Florence in 1469. Soon Pulci was entrusted with various diplomatic missions. Meanwhile the Pulci family's finances had been utterly mismanaged by Luigi's brothers Luca (who died in debtors' prison in 1470) and Bernardo.

Pulci had both friends and enemies among the men of letters in the Medici household. He profoundly respected the young poet and humanist Angelo Poliziano. His most bitter adversary was Matteo Franco, with whom he exchanged a series of fiercely polemical sonnets between 1474 and 1475. The Platonist Marsilio Ficino became his opponent, perhaps because of Pulci's interest in magic and witchcraft.

The earliest edition of the Morgante, published in 1478, consisted of 23 cantos. It was immediately criticized by the Florentine Platonic Academy. The first complete edition, enlarged to 28 cantos and entitled Il Morgante maggiore, was published in Florence in 1483. Pulci adapted two 14th-century poems: Orlando, which narrates Roland's adventures among the pagans in the Orient, and La Spagna, which relates Charlemagne's war in Spain, Roland's death at Roncesvalles, and the punishment of Gano, the traitor. Pulci, however, thoroughly transformed these popular tales. Uninterested in chivalric ideals, he took his inspiration from the humble reality of bourgeois and mercantile Florence. Gano's intrigues, instead of heroism, motivate the action. The title reveals Pulci's exuberant imagination and his lightly mocking tone. Morgante, the powerful and good-natured giant, becomes the hero of the story instead of Roland. Two characters are of Pulci's invention: Margutte, the half giant, archscoundrel, and glutton whose shrewdness contrasts with Morgante's slow wit, and Astarotte, the learned devil-theologian. Pulci's language shares the picturesque efficacy of popular Florentine speech.

Toward the end of his life, Pulci's relationship with Lorenzo de' Medici may have changed, possibly because of his antagonism toward Matteo Franco. During the last 10 years of his life, Pulci had stable employment with the condottiere Roberto Sanseverino. In 1484, while traveling to Venice with Sanseverino, he became ill and died in Padua in October or November.

Giuseppe Ungaretti , Giuseppe Ungaretti Giuseppe Ungaretti The Italian poet Giuseppe Ungaretti (1888-1970) was the creator and major representative of Italian hermetic po… Italo Svevo , Italo Svevo Italo Svevo Italo Svevo (1861-1928) was one of the first Italian novelists to consequentially apply psychoanalytical discoveries to liter… Italian Literature , Influence of the Bible As in other European cultures, the Bible became known to the Italian literary and cultural world through the Latin Vulgate, wh… John Keats , Keats, John Keats, John Personal Born October 31, 1795, in London, England; died of tuberculosis, February 23, 1821, in Rome, Italy; Education: Atten… Torquato Tasso , TASSO, TORQUATO (1544–1595), Italian poet. Tasso was born in Sorrento, where his father Bernardo was serving as secretary to the prince of Salerno. L… T S Eliot , Thomas Stearns Eliot Thomas Stearns Eliot (1888-1965), American-English author, was one of the most influential poets writing in English in the 20th…