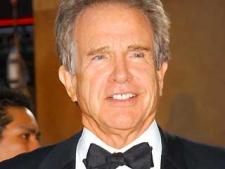 Splendor in the Grass (Kazan) (as Bud Stamper); The Roman Spring of Mrs. Stone (Quintero) (as Pablo di Leo)

All Fall Down (Frankenheimer) (as Berry-Berry Willart)

Promise Her Anything (Hiller) (as Harley Rummel); Kaleidoscope (Smight) (as Barney Lincoln)

The Only Game in Town (Stevens) (as Joe Grady)

Year of the Woman (Hochman—doc)

George Stevens: A Filmmaker's Journey (Stevens, Jr.) (as himself)

Bugsy (Levinson) (as Benjamin "Bugsy" Siegel, + co-pr);Truth or Dare (Keshishian—doc) (as himself)

Taking the Heat (for TV)

Falling for You (for TV) (as reporter)

Forever Hollywood (Glassman, McCarthy) (as himself)

"Anything but Passive," interview with Gordon Gow, in Films and Filming (London), August 1975.

Interview with Philip Thomas and others, in Empire (London), September 1990.

"A Question of Control," interview with Gavin Smith, in Film Comment, January/February 1992.

Bozzola, L., "Studs Have Feelings Too: Warren Beatty and the Question of Star Discourse," in Michigan Academician, n3 1996.

Warren Beatty is one of the wealthiest and most respected men in Hollywood. He has been a leading player since his screen debut in 1961, and a combination producer/writer/director since 1975. He is the only person to have been nominated for an Academy Award in four categories—director, actor, producer, and writer—on two occasions (Heaven Can Wait and Reds). With such multiple credit success, Beatty has served as an inspiration for actors wishing to extend their talents to other aspects of moviemaking.

His older sister Shirley MacLaine was already a star when Beatty arrived in Hollywood. Playwright William Inge, however, discovered Beatty and arranged for him to play opposite Natalie Wood in Elia Kazan's film version of Inge's Splendor in the Grass. With his exceptional looks, Beatty made an impressive debut as the son of a wealthy family who is forced to abandon his girlfriend of lower social standing. Fitting into the post-James Dean wounded youth syndrome, he immediately was earmarked for success and given the highly sought-after role of gigolo to Vivien Leigh's fading, middle-aged actress in Tennessee Williams's The Roman Spring of Mrs. Stone. His alienated youth period continued with another William Inge story, All Fall Down, in which he is a narcissistic pretty boy. In Lilith, he plays a psychiatric worker who becomes fixated upon a patient and eventually needs psychiatric help himself. Both performances are studies of brooding instability, and they displayed his ability to convey a mixture of boyish innocence and world-weary cynicism.

Beatty's antihero persona lead him to the part of the troubled nightclub comedian in Mickey One, directed by Arthur Penn. The quirks of this character may have been too offbeat, and the film failed at the box office. Beatty reteamed with Penn for the most important role of his career: ruthless, psychotic killer Clyde Barrow in Bonnie and Clyde, which was also his first producing venture. The film was a blockbuster, one which had an immense impact on filmmaking styles, not to mention fashion. With its stylized violence, Bonnie and Clyde was on the cutting edge of its time. Its success opened up career possibilities for Beatty both in front of and behind the camera. The film made him a millionaire, and from that point onward he chose his projects slowly and with caution—but not always wisely. In McCabe and Mrs. Miller, directed by Robert Altman, he played an itinerant gambler who builds a whorehouse for his girlfriend. The moody, rambling Western was considered jumbled and sluggish by many critics and hardly was considered at all by ticket buyers, although, today, its reputation has improved.

As early as 1973, announcements appeared in the press concerning Beatty's development of a project about American leftist writer John Reed, but that film, Reds, did not reach screens until 1981. Meanwhile, he co-produced, co-wrote, and starred in 1975's Shampoo, a stinging satire on Southern California lifestyles, in which he is a hairstylist who tries to achieve financial security through sexual opportunism. The character also had a blend of the boy/man Beatty seemed destined to play again and again. Some understood his hairdresser to be an autobiographical rumination on his own Casanova reputation.

In 1978 Beatty was producer, co-director, co-writer, and star of Heaven Can Wait, a successful remodeling of the classic romantic comedy Here Comes Mr. Jordan. Popular with the public and lauded by critics, Heaven Can Wait was followed by Reds, which turned out to be a sprawling romantic epic with political overtones, taking John Reed (Beatty) into communism and through the Russian Revolution, as well as into a relationship with a freethinking woman. Reds allowed Beatty an opportunity to create a larger-than-life romantic character, and place that character into a setting of sociological significance—an indication of Beatty's own inclination toward liberal politics.

Then came Ishtar. An out-of-control budget and costly delays resulted in Hollywood's worst financial disaster since Heaven's Gate. The flat comedy follows two untalented singer-songwriters (Beatty and Dustin Hoffman) into desert intrigue. The film was only a temporary embarrassment for Beatty, who regained box-office success three years later as Dick Tracy. By then, Beatty's handsome face had lost some of its allure and he seems too old for the part—his yellow Burberry raincoat has more luster than he does in his role as the crime-fighting comic-strip hero. Beatty is much more effective as real-life gangster Benjamin "Bugsy" Siegel in Bugsy. Here is a serious, gritty character role, one which is a maturation of the troubled youths and gangsters he played so well in the 1960s.

Beatty the movie idol has not aged well. At the opening of Love Affair, Gary Shandling (playing the lawyer of Beatty's character, football star turned television sports commentator Mike Gambril) comments on how good Gambril looks on television. This bit of script maneuvering seems meant to telegraph the idea to the viewer that, contrary to opinion, Beatty himself remains a hunk. Gambril might be a clone of Beatty, a continent-hopping celebrity who has "been with a lot of women" and whom the paparazzi are eager to photograph. In the course of the story Gambril meets the woman, played by Beatty's wife Annette Bening, who will intrigue and then domesticate him—just as Bening did to Beatty in real life.

In Bugsy (which also pairs Beatty and Bening romantically) and Love Affair, the actors trade quips, which are the basis of their attraction. In Bugsy Beatty and Bening work with an intelligent script, while in Love Affair the conversation is vapid. Beatty no longer can get by on-screen only with charm and good looks. He is far better off playing character roles, as he did so well in Bugsy—and this precisely is what he does in Bulworth, a deft and biting political satire that is one of his most ambitious projects. Beatty directs, co-scripts, and stars as Jay Bulworth, a pompous, do-nothing United States senator whose guilt over his own ineptitude results in his having a nervous breakdown. He emerges as a white, middle-aged rap singer who speaks the truth regarding the reality of contemporary American politics. At the core of that truth is that politicians are neither ruled by right and wrong nor motivated by the will of the electorate. Rather, they primarily are influenced by those individuals or corporations with the most money and connections.

What is most interesting about the film is that, like Reds, it seems to reflect on Beatty's liberal political sensibilities and concerns. Yet at the same time, Bulworth exudes a feeling of disenchantment. According to the film, Democrats and Republicans have become virtually indistinguishable. Politicians are little more than men and, in some cases, women who appear on television, look personable, and mouth rhetoric. They are media personalities, who are no different from the actor-pitchman who appears on TV, smiles brightly, and tells you that you will find happiness if only you use a certain brand of bathroom tissue. Bulworth is an audacious film, one that is loaded with bitter truths. It should be required viewing every October and November, in the weeks prior to Election Day. And given its content, combined with its creator's own political activism dating from the 1960s, it is not surprising that Beatty briefly was considered a potential candidate in the 2000 presidential election.