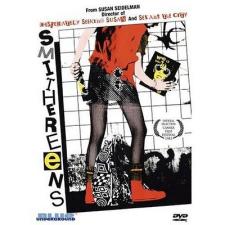 And You Act like One (short); Deficit (short); Yours Truly,Andrea G. Stern (short)

Confessions of a Suburban Girl (+ ro)

The Dutch Master (short, released as episode in Tales ofErotica in 1996 (+ co-sc); The Barefoot Executive (for TV)

A Cooler Climate (for TV)

Interview with Richard Patterson, in American Cinematographer (Los Angeles), May 1983

Rickey, Carrie, "Where the Girls Are," in American Film (Washington, D.C.), January/February 1984.

Prior to directing Smithereens, her breakthrough independent feature, and Desperately Seeking Susan, the film that announced her as a major cinematic talent, Susan Seidelman made Deficit, a 40-minute drama about a young man who seeks revenge for a crime committed against his father. The film was funded in part by the American Film Institute Independent Filmmaker Program. Call it understatement or prophecy, but a comment on the film's evaluation form portended Seidelman's future: "The filmmaker shows a budding talent as a feature film director."

That talent was realized in Smithereens and Desperately Seeking Susan. Both are likably funky and keenly observed films featuring spirited, independent-minded but refreshingly unromanticized heroines: refugees from stifling suburbia who come to New York City's East Village where they forge identities within a subculture. Both films are knowing depictions of 1980s New York punk/New Wave/No Wave culture, and are clearly defined observations of hipness and pseudo-hipness.

Smithereens, made for $80,000, is a minor landmark in the history of the then-burgeoning American independent film movement; for one thing, it was the first such film accepted as an official incompetition entry at the Cannes Film Festival. Smithereens benefits from its low budget, which allows it an authentic feel for time and place. Its heroine is Wren, a rootless 19-year-old whose motto might be "Desperately Seeking Celebrity." She lives in a shabby East Village apartment, from which she is evicted for non-payment of rent; she may be energetic and determined, but her dreams of achieving fame, which are connected to the rock music industry and an idealized Southern California lifestyle, are hazy at best. Instead of educating herself and working to realize her dreams, Wren pastes photocopies of herself on subway car and station walls and attempts to link up with a rock singer whom she foolishly regards as a meal ticket. She will say and do anything and manipulate anyone, even if the result is her own debasement. Her rationale for her behavior is a line she repeats throughout the scenario: "I got a million and one places to go."

Seidelman entered the realm of mainstream filmmaking with her follow-up feature: Desperately Seeking Susan, a stylish screwball comedy that remained faithful to the feeling of its predecessor and became a surprise box-office smash. In retrospect, it is one of the more entertaining films of the mid-1980s. There are two heroines in Desperately Seeking Susan. The first is Roberta, a bored suburban housewife who sets out on a comic odyssey upon becoming intrigued by a series of "Desperately Seeking Susan" personal ads. Roberta's counterpart, the Susan of the title, is a variation of Wren. She is a homeless but nonetheless ultra-hip East Village free spirit who has various boyfriends and sexual liaisons, and who will think nothing of pilfering jewelry or stiffing a taxi driver. Roberta and Susan become immersed in a frantic, funny scenario involving mistaken identity, amnesia, and other plot devices. Desperately Seeking Susan is especially successful in capturing the appeal of Madonna, who plays the title role and who then was blossoming as one of the era's elite pop stars. Prior to her playing Evita twelve years later, Susan was her preeminent screen role.

Unfortunately, Desperately Seeking Susan was to be a career apex for Seidelman; it and Smithereens are her foremost films to date. The clever female-oriented humor that worked so well in Desperately Seeking Susan simply is missing from Making Mr. Right, which attempts to squeeze laughs out a supposedly successful career woman's inability to walk in high heels. The scenario (which is set in Miami Beach) has the heroine realizing she only can find true love with a robot. In Smithereens and Desperately Seeking Susan, the male characters run the gamut from boring and self-involved to sympathetic. In Making Mr. Right, the view of men is horribly clichéd and mean-spirited, and downright offensive in that a real man is insufficient as the heroine's romantic partner. Furthermore, the robot, which she has helped program, comes apart whenever it makes love.

In She-Devil, Seidelman directed one of the era's most distinguished film actresses (Meryl Streep) and popular television comediennes (Roseanne), and worked from an acclaimed feminist novel: Fay Weldon's The Life and Loves of a She-Devil. But the result, involving a frumpy housewife who seeks revenge after her husband leaves her, is slight and predictable. Cookie, which like She-Devil was scripted by Nora Ephron (working with Alice Arlen), is the story of a cheeky adolescent who forges a relationship with her mafioso father upon his release from jail. But the film was strictly formulaic, and paled beside Seidelman's earlier work. In these three films, the feeling is that Seidelman abandoned her New York artistic roots, and in so doing lost her way as an idiosyncratic filmmaker.

Seidelman's work in the 1990s at least was considered respectable, even if it did not establish her as an A-list filmmaker. The luridly named Confessions of a Suburban Girl, whose title seems an attempted thematic throwback to Smithereens and Desperately Seeking Susan, actually is a revealing documentary account of the filmmaker and several of her friends as they parallel their youthful aspirations to the reality of their adult lives. The Dutch Master, a short film (which earned a Best Live Action Short Oscar nomination), is the story of a New York dental hygienist who becomes fascinated by, and begins fantasizing about, a 17th-century painting. As the decade closed, Seidelman could be found directing for television. Her credits include episodes of the TV series Sex in the City and Now and Again, and a pair of very different TV movies: The Barefoot Executive, a remake of the 1971 Disney kiddie comedy; and A Cooler Climate, a chronicle of the evolving relationship between two disparate middle-aged women.

If you are, say, Steven Spielberg or Barry Levinson and you choose to latch onto a television series, that involvement will be viewed as slumming. Or if you are Martin Scorsese or Woody Allen and you direct a short, that work will be considered an exercise in creativity. But if you are Susan Seidelman, and you haven't had a critical or commercial hit in well over a decade, your TV work and short film, however fine, will be viewed as a comedown.

Tellingly, The Dutch Master was released commercially, along with three other shorts, under the throwaway title Tales of Erotica. It was paired with films by Ken Russell, Melvin Van Peebles, and Bob Rafelson—who, like Seidelman, are once-innovative filmmakers whose foremost works most likely are in their past.

Director, producer, and writer. Worked as an assistant television producer at a local station in Philadelphia, PA, 1982; also worked as a freelance editor and a production assistant for television commercials. Berlin International Film Festival, member of jury, 1994.

Guest for an episode of Independent View, PBS.

Director of the music video "Into the Groove" by Madonna.

The 1982 film Smithereens was based on a story by Seidelman.