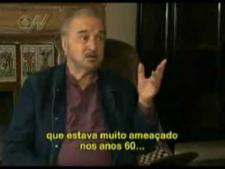 El mismo, A proposito de Bunuel (also known as A propos de Bunuel, Regarding Bunuel, and Speaking of Bunuel ), 2000.

(With Jerome Diamant–Berger and Olivier Assayas) L'unique (also known as The One and Only ), AA Revcon/Films du Scorpion, 1985.

L'aide–memoire, produced in Paris, 1968, then on Broadway as The Little Black Book, 1972, translation by Jerome Kilty published by Samuel French, c. 1973.

The Conference of the Birds, published by Dramatic Publishing (Chicago, IL), 1982.

Also adaptor of The Cherry Orchard; Timon of Athens; Measure for Measure; and The Tempest.

(With John–Emmanuel Conil and Jacques Deray) La piscine (also known as La piscina and The Swimming Pool ), 1969, released in the United States by Avco Embassy, 1970.

(With Deray and Ian McLellen Hunter) Un homme est mort (also known as A Man Is Dead, Funerale a Los Angeles, and The Outside Man ), Valoria, 1972, released in the United States by United Artists, 1973.

(With Marco Ferreri) La cagna (also known as Love to Eternity and Melampo ), 1972, released in the United States as Liza, CFDC/Pathe/Oceanic/Sirius, 1976.

(With Tonino Guerra) Un papillon sur l'epaule (also known as A Butterfly on the Shoulder ), Gaumont, 1978.

(With Jean–Luc Godard and Anne–Marie Mieville) Sauve qui peut la vie (also known as Everyone for Himself, Rette sich, wer kann, Every Man for Himself, and Slow Motion ), Artifical Eye/MK2/New Yorker, 1980.

(With Jerome Diamant–Berger, Olivier Assayas, and Jacques Dorfman) L'unique (also known as The One and Only and The Original ), AA Revcon/Films du Scorpion, 1985.

(With Philip Kaufman) The Unbearable Lightness of Being (adapted from Milan Kundera's book of the same title), Orion, 1988.

(With Brook and Estienne) The Mahabharata, Reiner Moritz, 1990.

(With Hector Babenco) At Play in the Fields of the Lord (also known as Brincando nos campos do senhor ), Universal, 1991.

Le hussard sur le toit (also known as The Horseman on the Roof ), 1995, released in the United States by Miramax Zoe Films, 1995.

(Translator) The Mahabharata, Harper and Row, 1987.

The Unbearable Lightness of Being (Kaufman); La Nuit bengali (Klotz)

Cyrano de Bergerac (Rappeneau); At Play in the Fields of the Lord (Babenco); Milou en mai (May Fools) (Malle)

As a screenwriter, Jean-Claude Carrière is still best known for his association with Luis Buñuel, with whom he collaborated regularly from Le Journal d'une femme de chambre onwards. Yet of all his screenplays, only six (or seven if one counts Le Moine, eventually directed by Ado Kyrou) were written for Buñuel. To date, Carrière has produced well over 80 screenplays and teleplays for a long and prestigious list of directors that includes Malle, Schlöndorff, Wajda, Forman, Godard, Oshima, Philip Kaufman, Carlos Saura, Hector Babenco, Wayne Wang, and Pierre Etaix. He also writes for the stage (most notably for Peter Brook's international theater company); he has written novels, and has occasionally acted and directed.

Unlike many prolific scenarists, though, Carrière rarely lapses into lazy or slipshod writing, and the overall standard of his work has remained consistently high. Nor, despite his literary background, does his dialogue feel overwritten or stilted. He himself, while wary of laying down rules and guidelines, maintains that a screenwriter should above all aim for clarity and avoid self-indulgence. "Good dialogue doesn't draw attention to itself," he has observed. "You penetrate it without effort. It's like the sound of a mill to the miller; he only hears it when it stops."

Carrière took up screenwriting at a time when the New Wave filmmakers, reacting against the confined, studio-bound style of the "cinéma de qualité," were also rejecting the rigid tyranny of the traditional script. Carrière entirely concurred, since he considered the scenario "at once useful and superfluous, simply a stage in the existence and development of a film." A script, he believes, "doesn't stop when it's written, it continues during the shooting and often during the editing." It should be flexible enough to "allow a degree of freedom, not just to the director, but to the actors." At the same time, he expresses reservations about wholly improvisational approaches, which can lead to shapelessness and banality. "I think we have to strike a balance between the script being all-powerful, and it being nonexistent."

The role of improvisation, for Carrière, comes much earlier in the creative process. "The scenario is created when you and the director act it out together, improvising." To achieve this, he tries to establish with his director "a near telepathic communication," which "requires on both sides a receptiveness and a trust which can never be taken for granted. Like all good relationships, it has to be constantly worked at, and shielded against the effects of personal vanity." The scriptwriter must on occasion be prepared to submerge his ego, since ultimately "it's the director's film, and you're there to help him, to facilitate him."

Not that there is anything in the least anonymous about Carrière's work. From his films there emerges a dryly humorous personality, alert to the absurdities of life, profoundly mistrustful of all absolutes and authorities. Having a sharp eye for middle-class ritual, he particularly enjoys prodding at the pretensions of "the French bourgeoisie in all its self-satisfied myopia." Pessimistic but too ironic for tragedy, left-leaning but too skeptical for dogma, Carrière presents a world in which the surreal, the unpremeditated, or simply the spectacle of sheer bloody-minded human resilience, can serve to keep alive an intrigued sense of unexplored potential. "The best quality for a screenwriter," he has remarked, "is an unsatisfied curiosity."

Carrière's unselfishly craftsmanlike approach to screenwriting is exemplified by his work on Cyrano de Bergerac, one of his biggest international hits. Both Carrière and his director, Jean-Paul Rappeneau, were determined, in the teeth of widespread skepticism, to preserve the play's convention of having all the dialogue in rhymed alexandrine couplets. By judiciously pruning Rostand's sometimes clotted verse, adding in a few extra scenes and some fragments of skillful Rostand-pastiche, Carrière produced a script that moved at a smart cinematic pace while staying faithful to the spirit of the original. So faithful, indeed, that even devotees of the play scarcely registered that changes had been made. Carriere also served Rappeneau well in Le hussard sur le toit, which like Cyrano is an energetic, deliciously romantic historical epic. Le hussard is crammed with sweeping, eye-popping imagery; on visual terms, Rappeneau does an especially fine job of contrasting the lushly beautiful French countryside and the deadly dangers confronting his idealistic and honorable Italian aristocrat-soldier-revolutionary hero. Simultaneously, Carriere's smart, literate dialogue propels the story along while keeping the characters lively and engaging.

The subtlety, and the understated ironies, of Carrière's style can on occasion prove self-defeating. In his work with Buñuel, he once explained, "we chose the path of what is probable, but just at the limit, at the borderline of the probable." It is a balance, as he acknowledges, that is "very difficult to maintain," and in some films his writing, perhaps aiming to avoid extravagance, can verge towards over-neatness. What his skilled adaptation of Kundera's The Unbearable Lightness of Being gains in clarity and narrative coherence, it loses in moral complexity and the joy of inconsequentiality. And the straight-faced surrealism of Max mon amour, ill-served by Oshima's literal-minded direction, falls sadly flat.

Some critics have suggested that even Buñuel was rendered "respectable" by his association with Carrière, trading the earthiness and carnality of his earlier Spanish-language movies for French urbanity and sophistication—no longer outraging his bourgeois audiences, but titillating them with pleasurable shocks. But it can equally be argued that in Carrière, whom he called "the writer closest to me," Buñuel found the ideal collaborator in the expression of his cruel, insidious vision, his elegantly austere sensuality. And certainly Carrière achieved in his work with Buñuel a mastery of style and structure that he may subsequently have equaled but has yet to surpass. Had he written nothing else, he would rank high among contemporary screenwriters for these six films alone.