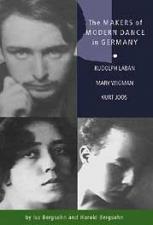 The German dancer, choreographer, and teacher Mary Wigman (1886-1973) is considered one of the founders of the modern dance movement.

Mary Wigman was born Marie Wiegmann on November 13, 1886, in Hanover, Germany. The daughter of a manufacturer, Wigman obtained her secondary education at schools in Germany, England, and Switzerland. During a visit to Amsterdam she attended a dance performance by students of Emile Jaques-Dalcroze, originator of the system of musical instruction known as eurythmics. The experience instilled in Wigman an awareness of dance as an expression of life.

Despite the objections of her parents, Wigman enrolled in Jaques-Dalcroze's school in Dresden-Hellerau in 1911. The system of rhythmical gymnastics taught there became too rigidly academic and too confining for her because it forced dance to play a secondary role to music. On the advice of the German expressionist painter Emil Nolde she went to Ascona, Switzerland, in 1913 to enroll in the summer course given by Rudolf von Laban, whose theories helped pave the way for the modern dance movement. She remained with the Laban school—through the summer sessions in Switzerland and the winter sessions in Munich— until 1919 and served for a time as Laban's assistant. In 1914 she gave her first student solo performance.

After leaving the Laban school, Wigman went into solitude in the mountains of Switzerland. She worked intensively, creating dances and developing her unique expressionist or "absolute" style of dance, which was independent of any literary or interpretive content. She called this dance style "New German Dance," partly to express its break with the sterility of the prevailing classical ballet and partly to reaffirm ancient principles of the dance as an expression of human passions and aspirations.

In 1919 she gave her first professional solo concert in Berlin, followed by performances in Breman and Hanover. These concerts were poorly received, but later that year she won acclaim from audiences and critics in Hamburg, Zurich, and Dresden, and her reputation began to be established. By the mid-1920s Wigman became known as the leading exponent of the new "Ausdruckstanz," or Expressionist Dance, in Germany.

In 1920 Mary Wigman opened a school in Dresden, which soon became the focal point of German modern dance. At the school she trained dancers and experimented with choreography. Among her pupils were Holm, Georgi, Palucca, Wall, and Kreutzberg. These dancers also appeared in her dance troupe, which made its first public appearance in 1923. During the following years she toured extensively, alone and with her troupe. She made her London debut in 1928 and her triumphant U.S. debut in 1930, followed by two more U.S. tours between 1931 and 1933. Although Wigman's style was often characterized as tense, introspective, and sombre, critics of the time described the quality of ecstasy and radiance to be found beneath even her "darkest" compositions.

In her early performances Wigman danced at times to no music at all or to the accompaniment of flutes or percussion instruments, such as African drums, Oriental gongs, or cymbals. Later she had music composed to accompany the movements of her individual dances—a new approach to dance accompaniment that proved to be widely influential.

Offshoots of her Dresden Central School were set up all over Germany, and in the United States by Hanya Holm. In addition, educational authorities prescribed her dance training for the public schools. She had become the center of a national movement and was honored officially in the early 1930s by the German government.

The Nazi authorities, however, considered her to be a leftist and her dances to be decadent. They took her school away from her, but allowed her to teach in Leipzig during World War II. The last work in which she appeared as a soloist was "The Dance of Niobe" (1942), in which she danced the title role.

After the war ended Wigman continued to work in Leipzig under Soviet occupation until 1949, when she fled to West Berlin. She opened a school there which became a meeting place for modern dance enthusiasts from all over the world well into the 1960s. Her last public appearance as a dancer was in 1953. During the 1950s she also worked as a guest choreographer. Her most important productions for German opera houses include Handel's "Saul" (Mannheim, 1954), Orff's "Carmina Burana" (Mannheim, 1955), and Stravinsky's "Sacre du Printemps" (Municipal Opera, Berlin Festival, 1957).

Mary Wigman was a major influence on American modern dance, largely through the work of Hanya Holm and other disciples who kept alive, developed, and extended her concepts.

Biographical material on Wigman can be found in Hanya Holm, "The Mary Wigman I Know," in Walter Sorell, editor, The Dance Has Many Faces, 2d ed. rev. (1966), and in Ernst Scheyer, "The Shape of Space: The Art of Mary Wigman and Oskar Schlemmer," Dance Perspectives (1970). Wigman's own writing includes The Language of Dance, translated by Walter Sorell (1966); The Mary Wigman Book, edited and translated by Walter Sorell (1975); "The New German Dance," in Virginia Stewart and Merle Armitage, editors, The Modern Dance (1935 and 1970); and "The Philosophy of Modern Dance," in Selma Jeanne Cohen, editor, Dance as a Theatre Art (1974).

Manning, Susan, Ecstasy and the demon: feminism and nationalism in the dances of Mary Wigman, Berkeley: University of California Press, 1993. □