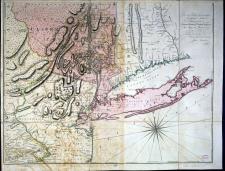 The First Best-selling American Novelist. Most often remembered as the author of Charlotte. A Tale of Truth (1791), a story of seduction, betrayal, and tragic death that became the first best-selling novel in the United States, Susanna Haswell Rowson was known to Americans of her time as an actress, playwright, songwriter, and educator.

Early Life. Born in Portsmouth, England, Susanna Haswell moved with her father, a lieutenant in the British navy, to Nantasket, Massachusetts, in 1767, where she spent most of her childhood. During the Revolution her family’s Loyalist sympathies made their situation there difficult, and they returned to England as part of a prisoner exchange in 1778. While in England she married William Rowson, an actor, musician, and hardware merchant, in 1786, the same year in which she published her first novel, Victoria.

Charlotte. Rowson followed this work with several other novels, the best known of which was Charlotte, A Tale of Truth, published in London in 1791. An American edition was published in 1794, the year after Rowson and her husband had joined Thomas Wignell’s New Theatre Company in Philadelphia. The novel had attracted few readers in England, but it was immensely popular in the United States. According to Mathew Carey, Rowson’s American publisher, it sold more than fifty thousand copies by 1812, going through at least forty-five editions during Rowson’s lifetime. Probably based on the then-famous scandal of Rowson’s cousin John Montrésor, who eloped with a young woman named Charlotte Stanley, Rowson’s novel tells the story of Charlotte Temple, a fifteen-year-old schoolgirl who is seduced by a British army officer named Montraville. He convinces her to go with him to America, where he is to fight in the Revolution, and eventually abandons her in New York City. She dies in childbirth. Rowson’s emphasis on Charlotte’s weakness and folly conformed to traditional assumptions about female inferiority. Yet she also implicitly criticized society’s treatment of women. The novel undoubtedly appealed to Americans because it confirmed their patriotic assumptions about the morals of British soldiers, but it affected them on a basic, purely emotional level as well. The story spawned a “Charlotte cult,” and for several generations faithful readers made pilgrimages to Charlotte’s supposed gravestone in Trinity Churchyard, New York.

Dramatic Career. Even before Rowson’s American success with Charlotte, she had made a name for herself in the United States. Soon after she arrived in Philadelphia in 1793, she had written a historical drama, Slaves in Algiers, which became a hit when it was performed in June 1794 with music by popular composer Alexander Reinagle. In this play about the topical issues of Barbary piracy and white slavery, Rowson expressed patriotic sentiments shared by many Americans, as well as her own sentiments about gender roles: “Women were born for universal sway, / Men to adore, be silent, and obey.”

Patriotic Music and Poetry. Rowson again expressed her patriotism in 1794 when she wrote the words for a popular song, “America, Commerce and Freedom,” with music by Reinagle, as well as a poem, “The Standard of Liberty.” In both works she glorified America’s republican ideals of liberty, revealing her deep sense of attachment to her adopted nation.

Educator. The proceeds from Rowson’s writing provided a source of much-needed income, as the fecklessness of her husband turned her into the family’s primary means of financial support. This circumstance at the same time permitted Rowson greater freedom than most women of her time and allowed her to depart from women’s traditionally subordinate role. Her husband offered no opposition to his wife’s varied public pursuits, nor did he take exception to the greater success and recognition she achieved. In 1797, the year after the Rowsons moved to Boston to join the Federal Street Threatre Company, Susanna Rowson gave up her stage career. Acting on her belief in the importance of women’s education, she founded the Young Ladies’ Academy, one of the first schools in the United States to provide post-elementary education for girls. Among her innovations were the addition of geography, math, and science to traditional feminine subjects such as music and domestic economy. Rowson wrote her own textbooks for the school, which she also published for general use. An immediate success, Rowson’s academy prospered under her direction until 1822, when poor health forced her to turn the academy over to her adopted daughter and niece. She died two years later.

Cathy N. Davidson, Revolution and the Word: The Rise of the Novel in America (New York: Oxford University Press, 1986);