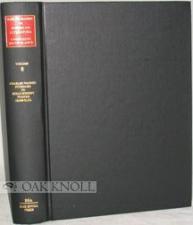 Anna Bartlett Warner's mother died soon after she was born. After the business depressions of mid-century, her father had to be supported by Warner and her sister, Susan. For most of her long life, Warner lived on Constitution Island, in the Hudson opposite West Point. The Warners owned the entire island, making their home in a Revolutionary War-era farmhouse. While the sisters did not earn much money from their many books, they did manage to spend most winters in New York City, where they had friends among the literary set. Warner continued to live on the island with two black servants for 30 years after the death of her sister. The island is maintained by the Constitution Island Association, and the Warner house is a historic landmark, open to the public during the summer.

Both Warner and her sister published prolifically. Warner's first book, Dollars and Cents (1852), published under the pseudonym Amy Lothrop, is not very good, but it enjoyed considerable popularity. Based on her own experiences, it tells of the Howard family's loss of fortune and retirement to country life. All ends well, of course, with a marriage. She wrote a few other adult novels with Susan, but most of her fiction is for children.

Warner's children's novels are all of a didactic nature intended for Sunday school readers. She did not have her sister's gift for telling a story; somewhat unusual, however, is that not all of her books have happy endings. The young readers are urged to become Christians, give to missionaries, and obey their parents. Poor children are described in most of her books, but not all of them are rescued.

Warner is perhaps best known as the writer of the famous children's hymn, "Jesus Loves Me," which appears in a scene in Say and Seal (1860), sung by the hero as he walks the floor with a dying child. Another of her hymns, "We Would See Jesus," from the deathbed scene in Dollars and Cents, has achieved some popularity. In addition to novels and hymns, Warner wrote some nonfiction about the Bible and Christian life.

Her most distinctive work deals with gardening. Pond Lily Stories (1857) is a collection of flower fables for children. Most have a moral and teach something about plants, in the style of mixed flower fantasy and botanical fact common at the time. Three Little Spades (1868), a story that presents some of the principles of gardening, and the sequel, Blue Flag and Cloth of Gold (1879), are more instructional than Pond Lily Stories.

For adult readers, she wrote Gardening by Myself (1872), encouraging women to do their own gardening, as she had done. In a fictional companion volume, Miss Tiller's Vegetable Garden and the Money She Made by It (1872), she tells how, with the help of a wise boarder, a woman is able to support herself and her two children with produce from her own backyard. For several years, Warner had made her garden feed her family, selling produce on the side.

A more active and outgoing person than her sister, Warner was modest and self-effacing about her own accomplishments. In her biography of Susan, she glorifies her sister's achievements, perhaps at the expense of her own. While she was not gifted, she was a hardworking and disciplined professional writer.

American Women Writers: A Critical Reference Guide from Colonial Times to the Present