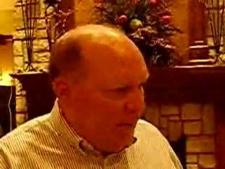 A Western Jeffersonian . Thomas Hart Benton’s rise as a political leader mirrored that of the West. Born near Hillsboro, North Carolina, Benton spent some time at the state university before being expelled for stealing. To escape the controversy, he moved west to Franklin, Tennessee, in 1801 and became a farmer. Benton read law and entered politics, winning election to the state senate in 1809.

Missouri . During the War of 1812 Benton served as Andrew Jackson’s aide-de-camp; the two men had a competitive and often violent relationship despite their common political principles. Partly to remove himself from Jackson’s circle, he moved to St. Louis in 1815 to practice law and edit a newspaper. When Missouri became a state, Benton was elected to the U.S. Senate, where he served until 1851—he was the first senator to serve three decades in the chamber.

Transition to Nationalism . At the dawn of his political career, Benton was a booster for his region. He spoke of the Pacific Northwest as if it belonged to the United States by right, and he chided John Quincy Adams for failing to include Texas in the 1819 treaty that decided the nation’s southern border. He also tirelessly supported (and was rewarded by) business interests of American fur traders and their “rights” to harvest pelts west of the Rockies. As his years of service multiplied, Benton’s politics and policies became more national in scope. For example, he spoke frequently of using the Missouri and Columbia Rivers as potential trade routes for Pacific nations, and he introduced legislation to protect traders on the Santa Fe and Oregon Trails from criminals. He also became a leading advocate for offering government lands to actual settlers: as early as 1824 Benton offered a bill to provide for the gradual reduction of the price of unsold public land. Benton’s advocacy of “graduation” and “preemption” rights both pointed to his support of popular democracy and Jeffersonian notions of a nation of freeholders.

Issues . Benton achieved his greatest fame in his pitched battles against the Second Bank of the United States and paper money. His attacks against the “Monster” bank in favor of hard currency earned him his nickname of “Old Bullion.” Finally, although a slaveholder himself (and a representative of a slave state), Benton came to oppose the expansion of slavery into new Western territories. He continued to oppose abolitionism, but wanted new territory to be reserved for freehold farmers. Slavery’s extension, he said in 1848, would only divide the Union. After he was defeated for reelection in 1850, Benton went on to oppose the Compromise of 1850, the Kansas-Nebraska Act, and the presidency of fellow Democrat James Buchanan.