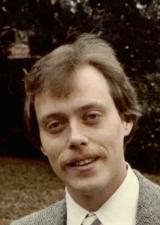 Hiram Warren Johnson (1866-1945), American politician, was a reform governor of California. As a U.S. senator, he was a leading spokesman for isolationism in international affairs.

Hiram Johnson was born in Sacramento, Calif., on Sept. 2, 1866. After finishing high school, he worked in his father's law office for a year. He entered the University of California in 1884. He left school in 1886 to marry and once again studied law in his father's office, where he became a partner in 1888. After disagreements with his conservative father over political issues, he moved to San Francisco and opened a law office in 1902.

Johnson's swift rise in politics began in 1906, when he became a prosecuting attorney in San Francisco's graft trials and won the conviction of a party boss. A critic of corporate influence in California politics, Johnson was selected by Progressive Republicans as their gubernatorial candidate in 1910.

As governor, Johnson organized his followers for aggressive reform. Under his leadership his adherents pushed many Progressive ideas through the legislature: a public utilities commission, a railroad commission, a conservation commission, women's suffrage, workingmen's compensation, restrictions on child labor, and direct primary elections.

In 1912 Johnson supported Theodore Roosevelt over incumbent William Howard Taft for the Republican presidential nomination. When Roosevelt bolted the party, Johnson accepted the vice-presidential nomination of Roosevelt's Progressive party. The ticket lost, but that it carried California testified to the strength of Johnson's reform organization. In 1914 Johnson ran for governor again as a Progressive. His legislative record, which included some conservative measures (notably the Alien Land Law of 1913 directed against resident Japanese in California), sufficed to reelect him without Republican endorsement. In 1916, however, he successfully sought the Republican nomination for senator and returned to leadership in that party.

As U.S. senator from 1917 until 1945, Johnson took Progressive positions on domestic issues but was an isolationist in foreign affairs and helped defeat President Woodrow Wilson's League of Nations proposal. He bolted the Republican party in 1932 and 1936 to endorse Franklin Roosevelt and the New Deal. However, his support for Roosevelt's domestic policies was matched by his hostility to the administration's proposals for American membership on the World Court, reciprocal trade agreements, and a peacetime draft. He also opposed Roosevelt's campaigning for a third term. During World War II he voted against American membership in the United Nations. Although Johnson had been an outstanding Progressive governor, by the time of his death on Aug. 6, 1945, his views on foreign affairs made him part of an outdated isolationist minority in Congress.

Materials on Johnson's career after he entered the Senate are not readily available. For a scholarly account of his years as governor see George E. Mowry, The California Progressives (1951), and Spencer C. Olin, Jr., California's Prodigal Sons: Hiram Johnson and the Progressives, 1911-1917 (1968).