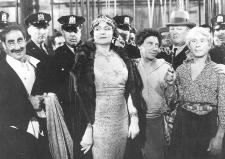 Ferdinand V (1452-1516), or Ferdinand the Catholic, and his wife, Isabella I, were joint sovereigns of Castile. As Ferdinand II, he was king of Aragon. He laid the foundations of Spanish unity and imperial power.

Born on March 10, 1452, at Sos, in Aragon, Ferdinand was the son of John II of Aragon and Juana Enriquez of Castile. In 1469 he married Isabella, heiress apparent to the Castilian crown. They became joint monarchs of Castile on the death of her brother Henry IV in 1474. In 1479 John II died, and Ferdinand became king of Aragon as well as of Castile (in whose government, however, he officially occupied second place).

In the union of crowns thus achieved, Castile's growing wealth and larger population gave it predominance. At the same time the lands of the two crowns retained their separate constitutional identities; and while the Catholic Monarchs might achieve a measure of centralization in Castile, they were prevented from doing so in the Aragonese realms by a jealous defense of local fueros (liberties).

In only one important respect did Ferdinand intervene in Aragonese politics—over all local protests he revived the moribund medieval Inquisition which, like the new Inquisition in Castile (after 1478), was placed under royal control. In both Castile and Aragon the Inquisition attacked the political and economic positions that had been won by middle-class conversos (Jews who had previously been forced to accept baptism). Conversos emigrated in large numbers; their place in commerce and finance tended to be taken by foreigners. In Castile, the Genoese, Flemings, and Germans grew fat on the wealth of the new Atlantic trades.

Ferdinand and Isabella exerted unrelenting pressure on the papacy in order to gain control of the wealth and power of the Spanish Church. In 1486 they were handed full patronage rights over bishoprics to be established in the newly conquered Moorish lands in Granada. Papal bulls of 1493, 1501, and 1508 also made the Crown master of ecclesiastical appointments and revenues in the New World. Ferdinand and Isabella also gradually assumed control of major ecclesiastical offices in their realm, thus gaining an important new source of patronage and revenue.

The sphere of government also saw a dramatic extension of royal power. At the Castilian Cortes (Parliament) of 1476 and 1480 the Catholic Monarchs won assent to a number of important measures. They revived and centralized a medieval urban police force, the hermandad. Nobles were deprived of a significant share of the revenues that they had alienated from the Crown. The Royal Council was reorganized, and the financial administration was purged and pruned. Henceforth government was conducted through an interlocking system of royal councils, while newly powerful royal secretaries tied the whole apparatus to the will of the sovereign.

The Cortes also accepted a vigorous extension of royal control over municipal government. Finally, the higher court system was augmented and reorganized, restoring final determination of appeals to the Royal Council and the monarchs themselves.

All of these changes were tied together and legitimized by the last great crusade of medieval Spain. This was the war of conquest launched against Moorish Granada in 1481 and successfully concluded in 1492. While Christendom was in retreat before the Turks to the east, Ferdinand achieved through force and diplomacy a signal triumph for the Faith to the south. The year 1492 was decisive for Spain in other ways. That year Isabella gave Christopher Columbus her support, thus launching a vast new crusade to the west. And the end of medieval Spanish religious pluralism was confirmed by the expulsion of all Jews refusing baptism.

But while continued crusading appealed to religious zealots like Cardinal Jiménez de Cisneros, whom Ferdinand allowed to campaign against the Moors in North Africa (1505-1510), the King pursued traditional Aragonese interests in Spain and Italy. Charles VIII of France invaded Italy in 1494 but was defeated the following year by an Italian coalition in part engineered and aided by Ferdinand. And when another French king, Louis XII, desired to follow up his conquest of Milan (1500) by a renewed attempt on Naples, he too was caught in Ferdinand's net.

Gulled into a Spanish alliance for the division of the Neapolitan kingdom between the two monarchs, Louis found himself driven out, and in 1504 he was forced to recognize Ferdinand's exclusive right to Naples. Louis declared himself twice deceived by Ferdinand, and the latter replied: "He lies! I have deceived him ten!" Ferdinand thus firmly established Spanish preponderance in the western Mediterranean. He also involved the kingdom in a series of Italian wars which were to continue through the middle of the 16th century.

Isabella's death in 1504 made Ferdinand's position in Castile precarious. Pursuing their policies of isolating France diplomatically and of dynastic aggrandizement, the Catholic Monarchs had linked their five children with the royal houses of Portugal, England, and the empire. But only one of these unions bore fruit—that of their daughter Joanna the Mad and Philip of Burgundy. Adhering strictly to the lawful succession, Isabella willed Castile to Joanna (and Philip).

Forced to retreat from Castile, in 1505 Ferdinand married Germaine de Foix, niece of Louis XII. But after the death of Philip of Burgundy in 1506, Ferdinand resumed his administration of Castile as regent for the insane Joanna. Using his wife's connection with the royal family of Navarre to bolster his claims, Ferdinand conquered the larger, Iberian part of that kingdom in 1512 and annexed it to Castile in 1515.

Ferdinand died on Jan. 23, 1516, at Madrigalejo, Estremadura. Niccolò Machiavelli had already written: "We have in our day Ferdinand … who may … be called a new prince, since he has been transformed from a small and weak king into the greatest monarch in Christendom."

Townsend Miller, The Castles and the Crown: Spain, 1451-1555 (1963), is a stimulating biography of the Catholic Monarchs. The various aspects of their reigns can be best studied in J. H. Elliott, Imperial Spain, 1469-1716 (1963), and J. M. Batista in Roca's chapter, "The Hispanic Kingdoms and the Catholic Kings," in The New Cambridge Modern History, vol. 1: G. R. Potter, ed., The Renaissance, 1493-1520 (1957). The significance of the period in the framework of Spanish history is assessed in Jaime Vicens Vives, Approaches to the History of Spain (1952; 2d ed. 1960; translated and edited by Joan Connelly Ullman, 1967). For Ferdinand's successful Italian diplomacy see Garrett Mattingly, Renaissance Diplomacy (1955); for the crusade to the west see J. H. Parry, The Spanish Seaborne Empire (1966). □

oxford
views updated
Ferdinand V (1452–1516) ( Ferdinand the Catholic) King of Castile and León (1474–1504), of Aragon (as Ferdinand II) (1479–1516), of Sicily (1468–1516), and of Naples (as Ferdinand III) (1504–16). He became joint king of Castile and León after marrying Isabella I in 1469, and inherited Aragon from his father, John II, in 1479. After he and Isabella conquered the Moorish kingdom of Granada in 1492, they ruled over a united Spain. In 1492 they sponsored the voyage of Christopher Columbus to the New World, expelled the Jews from Spain, and initiated the Spanish Inquisition. After Isabella's death (1504), Ferdinand acted as regent in Castile for their insane daughter, Joanna, and later for her son, Charles I (who succeeded Ferdinand and ruled as Emperor Charles V).