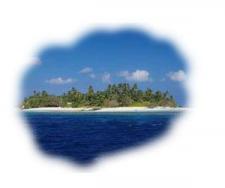 The Indian political leader Vallabhbhai Patel (1875-1950) helped to organize the Indian nationalist movement and after independence in 1947 succeeded in integrating several hundred princely states into the Republic of India.

Vallabhbhai Patel was born on Oct. 31, 1875, in Gujarat, western India, into the traditionally agriculturalist Lewa Patidar caste. Both Patel and his older brother Vithalbhai learned English, traveled to Britain, and were called to the bar. On returning to India, Patel developed a lucrative practice in Ahmadabad and began to participate in civic and political affairs.

In 1917 Patel came under the influence of Mohandas Gandhi and was an important organizer of several Satyagraha, or militant nonviolent campaigns, to secure justice for the peasants of Gujarat. These included the Kheda Satyagraha of 1917-1918 and the famous Bardoli Satyagraha of 1927-1928, during which he received the title of Sardar, or leader. Between 1917 and 1928 he also served in the Ahmadabad municipality.

With the fame he gained in the Bardoli Satyagraha and in the Ahmadabad municipality, Patel emerged as an important figure among the Gandhian leadership of the Indian National Congress at the end of the 1920s. He served for many years on the working committee of the Congress, was Congress president in 1931, helped organize noncooperation efforts, and was a member of the parliamentary board of the Congress. The British-run government of India imprisoned Patel numerous times during the 1930s and World War II.

From 1945 Patel was virtual co-leader of the Congress with Jawaharlal Nehru. They accepted plans for the partition of India even over the objections of Gandhi. Patel was a minister of the interim government and, following independence and the partitioning of the subcontinent into India and Pakistan, became deputy prime minister in 1947. He was also minister for states and, with the assistance of V. P. Menon, carried through the extraordinary feat of persuading several hundred semi-independent princely states to join the Indian union. This effort was crucial to the national integration of India and was the most important accomplishment of Patel's career.

Throughout his political career, Patel concentrated on party organization, often displaying strength and decisiveness. By background and inclination he was a staunch Hindu and tended to be a conservative in politics. He identified with the Indian business community and generally opposed Nehru's socialism. Patel was distrustful of the Indian Moslems but was pressed to a moderate position on communal affairs by Nehru. Patel had a severe heart attack in 1948, some months after Gandhi's assassination. Although he continued his work for 2 years, he never fully recovered.

A standard work on Patel is Narhari D. Parikh, Sardar Vallabhbhai Patel (2 vols., 1953-1956), a lengthy and sympathetic account written by a close associate of Patel. A more critical assessment is contained in Michael Brecher, Nehru: A Political Biography (1959), a well-written account of Patel's Congress rival. Additional detailed information about Patel can be found in Vapal P. Menon, The Story of the Integration of the Indian States (1956) and The Transfer of Power in India (1957).

Bengal , Bengal BENGAL The name "Bengal" (or Bangla) comes from Vanga or Banga, the name of the ancient deltaic kingdom. The state of over 100 million people… Kashmir , Kashmir KASHMIR Since the partition of India in 1947, the state of Jammu and Kashmir has remained a bone of contention between India and Pakistan, pr… Sonia Gandhi , Politician The story should have had a fairy-tale ending: a beautiful young girl meets her handsome Prince Charming, has two children, and lives happ… Mohandas Karamchand Gandhi , Gandhi, Mohandas Karamchand Gandhi, Mohandas Karamchand 1869–1948 Born on October 2, 1869, in the coastal town of Porbandar in the Gujarati-speaking… Indira Gandhi , Gandhi, Indira Gandhi, Indira 1917-1984 Indira Priyadarshini Gandhi (born November 19, 1917) was twice elected the prime minister of India and was th… Sikkim , Sikkim Sikkim (sĬk´Ĭm), state (2001 provisional pop. 540,493), 2,745 sq mi (7,110 sq km), India. It is located in the E Himalayas and bordered by Nep…