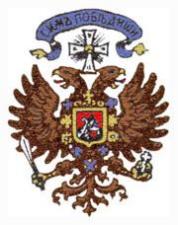 The Russian admiral Aleksandr Vasilievich Kolchak (1873-1920) commanded the White forces during the Russian civil war and proclaimed himself supreme ruler of Russia.

Aleksandr Kolchak was born in St. Petersburg. He received his military training at the Russian Naval Academy, graduating in 1894. Between 1900 and 1902 Kolchak participated prominently in two Arctic expeditions sponsored by the Russian Academy of Sciences. His work with the academy was interrupted by the Russo-Japanese War (1904-1905), but he returned and assisted in the preparation of a third expedition, whose purpose was to establish a northern sea route to the Far East. The academy awarded him its gold medal for his work.

During the Russo-Japanese War, Kolchak served as a destroyer commander and later directed a battery in besieged Port Arthur, where his heroism earned him the Sword of St. George. Stung by the Russian navy's humiliating defeat at the hands of Japan, he and a group of his fellow naval officers banded together to promote the reform and reorganization of their service.

When World War I broke out, Kolchak, then a flag captain, was made chief of the Bureau of Operations of the Baltic Fleet. He demonstrated his tactical skill by constructing an effective coastal defense system from the inadequate force at his disposal. This achievement won him the command of the entire Baltic destroyer force, and he added to his distinction in a series of brilliant encounters in the Gulf of Riga. He was promoted to rear admiral, the youngest Russian naval officer to attain that rank, and in the summer of 1916 was named commander in chief of the Black Sea Fleet.

When the February Revolution occurred in 1917, Kolchak assured the provisional government of his loyalty and expressed his willingness to continue at his post. But the disorganization spreading throughout the services began to undermine his command, and Kolchak's personal efforts to restore order by a series of short patriotic speeches succeeded only temporarily. In June 1917, under the threat of mutiny, he submitted his resignation and proceeded to St. Petersburg to inform the government of the causes of the disorder. There he was peremptorily ordered by Aleksandr Kerensky to depart for the United States, ostensibly to study the American navy. The real reason may have been the growing clamor for a dictatorship, with Kolchak, now hailed as a possible savior of Russia, at its head.

Kolchak did not linger in San Francisco. In November 1917 he was in Japan, offering his services to the British. They gladly accepted. He was first assigned to the Mesopotamian army but, upon arriving in Singapore, received a telegram ordering him to Siberia. There he accepted an appointment as minister of war and navy in the anti-Bolshevik, Socialist government in Omsk. On November 18 a coup d'etat overthrew that government's ruling directorate and placed Kolchak in supreme control.

Kolchak promised a democratic order once the Bolsheviks had been overthrown, but the dictatorial manner in which he exercised his authority angered the liberal elements within his circle. He alienated the peasants by equivocating on land reform, and the non-Russian minorities by refusing to recognize their autonomy. A corrupt and repressive administration further vitiated his popularity, and V. M. Chernov's Socialist Revolutionaries, adopting the motto "Neither Kolchak nor Lenin," capitalized on his blunders. The Allies, who had recognized his government, became increasingly dissatisfied, while the Czech Legion, a major component of his military force and the holders of the vital Trans-Siberian Railroad, moved toward neutrality.

After initial successes (which deluded the Allies), Kolchak's forces became increasingly less effective and suffered a series of defeats in the summer of 1919. Their tactical retreat soon degenerated into a rout. On Jan. 4, 1920, Kolchak relinquished supreme command of the anti-Bolshevik forces to Gen. A. I. Denikin. He placed himself under Allied protection, but the Czech soldiers assigned to guard him turned him over to the Socialist Revolutionary-Menshevik government at Irkutsk. That government soon gave way to a Bolshevik administration, and Kolchak, after a lengthy interrogation, was executed by a firing squad on Feb. 7, 1920.

A full-length account of Kolchak in English is Peter Fleming, The Fate of Admiral Kolchak (1963). References to Kolchak are found in a number of works dealing with the Russian Revolution and early bolshevism: Leon Trotsky, The History of the Russian Revolution (1919); David Footman, Civil War in Russia (1961); and Edward H. Carr, The Bolshevik Revolution, 1917-1923 (1966). □

Nikolai Nikolayevich Yudenich , Of noble birth, Nikolai Yudenich began his glittering military career upon graduating, with first-class marks, from the General Staff Academy in 1887… Heihachiro Togo , Heihachiro Togo Heihachiro Togo (1848-1934) was Japan's greatest admiral, the mentor of Emperor Hirohito, and one of the architects of Japan's emerge… Lavr Georgyevich Kornilov , Lavr Georgievich Kornilov Lavr Georgievich Kornilov (1870-1918) was a general in the imperial Russian army and the counterrevolutionary Volunteer Arm… Agin-buryat Autonomous Area , Siberia (sībēr´ēə), Rus. Sibir, vast geographical region of Russia, covering c.2,900,000 sq mi (7,511,000 sq km) and having an estimated population (… Marina Mniszech , Time of Troubles TIME OF TROUBLES In the decade and a half before the founding of the Romanov dynasty in 1613, Russia endured what has been known eve… Vladimir Ilyich Lenin , The Russian statesman Vladimir Ilich Lenin (1870-1924) was the creator of the Bolshevik party, the Soviet state, and the Third International. He was…