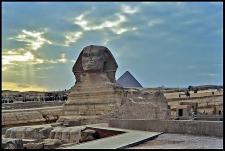 Maillet belonged to a noble family of Lorraine and received an excellent classical education. Through the favors of his protector, the chancellor Pontchartrain, he was appointed general consul of the king of France at Cairo in 1692, a position he held until 1708. During that time he was chosen by the king as his personal envoy to Ethiopia. Although political circumstances prevented him from accomplishing his mission, Maillet wrote a compilation entitle “Mémoires d’Éthiopie” that was included in Jeronymo Lobo’s account of that country (1728).

Between 1708 and 1714 Maillet was consul in Leghorn. He ended his diplomatic career in 1720 as inspector of French establishments in the Levant and the Barbary States. After having spent two years in Paris while the plague was raging at Marseilles, he retired to that city on a handsome pension.

While in Egypt, Maillet completed an important historical and sociological volume entitled Description de l’égypte (1735) and wrote most of his system on the diminution of the sea, Telliamed ou entretiens d’un philosophe indien avec un missionaire françois sur la diminution de la mer, la formation de la terre, l’origine de l’homme, etc.… This fundamental work, in essence an ultraneptunian theory of the earth, was based largely on his geological field observations made during extensive travels throughout Egypt and other Mediterranean countries. Maillet must have taken full advantage of his fluency in Arabic to gain access to the manuscripts of many ancient Arabic authors, such as al-Khayyāmī, from whom he may have borrowed the original idea of the diminution of the sea.

For the publication of his system Maillet relied on the Abbé J. B. Le Mascrier, who had previously edited the Description de l’Égypte. Only ten years after Maillet’s death did Le Mascrier reluctantly agree to the publication of the first edition (Amsterdam, 1738), which was followed by a second and third. Two English translations were also published. This unusual delay in publication resulted from the failure of Le Mascrier’s editorial work to reduce the dangerous nature of the system; actually, he was willing to be acknowledged only as editor of the third edition. Indeed, even when presented under the name of a fictitious Indian philosopher (his own name spelled backward), Maillet’s concepts were unorthodox and highly materialistic.

The proposed system did not admit God as an omnificent ruler, postulating instead an eternal universe undergoing natural changes at random. This universe was based on the Cartesian theory of vortices combined with Fontenelle’s concept of the plurality of inhabited worlds. Heavenly bodies were believed to be eternally renovated through a mechanism of alternating luminous phases, during which they were similar to suns, and dark phases, when they were comparable with planets. At present the earth was in a dark phase, and the level of the universal ocean was being lowered by evaporation into outer space, at the rate of three inches per century, until total depletion would occur. This general regression had taken place for at least the past two billion years, an estimate indicating Maillet’s acute perception of geological time (as stated in the manuscripts).

The first part of Maillet’s system consisted of a study of shoreline features combined with the submarine exploration of the continental shelf by means of a diving machine, the ancestor of modern bathyscaphes. In this survey the sedimentary processes characteristic of rocky coasts, beaches, and deltas were discussed in great detail as a function of the pattern of waves, tides, and bottom currents. This analysis of present-day marine mechanisms was then applied to the geological past, following essentially uniformitarian principles. Maillet used all the aspects of his oceanographical knowledge to explain, by the action of the sea, all the physiographic, lithologic, paleontologic, and structural features of the geological record.

When the sea was in the stage of a universal ocean, its bottom currents’ distribution of the sands, silts, and calcinated stones which were the remains of the previous luminous phase built the so-called primitive or primordial mountains, analogous to gigantic submarine bars. They represented the highest mountains, which consisted of a “uniform substance,” occasionally displaying horizontal bedding. This description certainly referred to metamorphic rocks, since Maillet stressed the almost complete absence of fossils in them, claiming that at the time of their deposition the universal ocean was too deep to allow the existence of any form of life.

Following a certain amount of evaporation, the summits of the primitive mountains emerged; and in the surrounding shallow waters life appeared. Maillet explained this appearance of life on earth by assuming that the entire universe was filled with the seeds of all living beings. Invisible and imperishable, these seeds were always available for fecundation and the creation of new species whenever the waters of the globes, at certain times and under certain circumstances, became proper for such processes to occur.

The diminution of the sea and the related expansion of the continents compelled all forms of life to undergo a generalized transformism in order to adapt themselves to the new environmental conditions. Marine plants gave rise to land types; sea animals acquired flight and walking capacities and changed into birds and land animals; and mermen and mermaids emerged from the sea, developing into terrestrial human beings. Obviously transformism, but not evolution, was postulated in Maillet’s system; and the very early appearance (one billion years ago, as stated in the manuscripts) of mankind, with its “petrified ships,” earthenware, weapons, and tools allegedly found with human skeletons in rocks, did not present any particular difficulty of chronology.

Further lowering of the sea level led to the generation of the secondary mountains, or “daughters of the primitive ones.” They consisted of fossiliferous and horizontally bedded sands and muds (sedimentary rocks) derived from the erosion of the primitive mountains by waves acting along coastlines. As a consequence of this process, the secondary mountains, were younger and less high, and within any geological section of such mountains the beds were superposed from bottom to top in agreement with the law of superposition. This situation was also true with respect to the enclosed fossils, which were assumed to become more abundant at higher levels since the shallowing sea provided an increasingly favorable environment. Consequently, fossils showed important changes through time. This was an early expression of the modern concept of faunal successions.

In Maillet’s system all the features of the primitive and secondary mountains dated back to the time of deposition of the soft materials. These were gradually cemented by marine salt and finally exposed through the diminution of the sea as a finished or “congealed” scenery which would remain essentially unaffected by weathering agents. Indeed, in Maillet’s system, stream valleys represented ancient channels of marine currents used after emergence by streams only to funnel rainwater to the ocean. In his negation of stream erosion Maillet considered that these channels could be modified by tidal currents only during the gradual retreat of the sea, as shown today by estuaries.

The proposed system was also devoid of any mountain-building mechanism capable of uplifting, tilting, or folding strata. Since Maillet’s geological knowledge was limited to essentially undisturbed sedimentary rock areas, he considered tilted and folded beds to be accidental features of mountains. He explained them as well through the action of marine bottom currents and waves he had observed along present coasts. Small-scale folds were interpreted as ripple marks, whereas large-scale tilting and folding of beds were explained by the action of currents which deposit regular layers of sediments over supposed irregularities of an “indurated substratum.” Following the same line of reasoning, complicated folds were considered the results of violent storms during which currents flowed in complex patterns around rocky obstacles, eroding and depositing sediments in the shape of highly contorted beds.

Maillet’s ideas unquestionably influenced many leading naturalists for almost a century, notably Buffon and Cuvier. The latter, although not in favor of Maillet’s system, considered it to be the first systematic presentation of a theory of general transformism. Although Maillet was certainly a forerunner of Lamarck, this position should not obscure his major contribution, which is geological. His ultraneptunian theory of the earth, in which everything was explained by the action of a retreating sea, makes him a marine geologist of the eighteenth century.

oxford
views updated
de Maillet, Benoît (1656–1738) De Maillet was a French diplomat and traveller, whose posthumous work Telliamed (has name spelled backwards) was published in 1748. A cosmogony, covering the creation and prehistory of the Earth, it argued that all rocks and all forms of life had their origin in a diminishing ocean. He considered the Earth to be more than two billion years old. De Maillet's belief in mermaids and mermen made his book an object of easy ridicule by later naturalists.