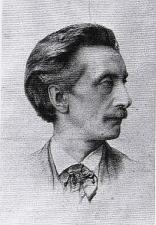 oxford
views updated
Keyser, Hendrick Cornelis de (1565–1621). One of two important early C17 architects working in The Netherlands, the other being Lieven de Key. De Keyser was appointed Municipal Mason and Sculptor (effectively City Architect) to Amsterdam in 1594, where he built the Zuiderkerk (1606–14) and the Westerkerk (1620–31), both models for Protestant churches in The Netherlands and Northern Germany, partly through their publication in Architectura Moderna (1631) by Salomon de Bray (1597–1664). Both have handsome steeples that may have had some influence, disseminated through the publication, on Wren's designs for the London City churches. At the Westerkerk, built on a Greek-cross plan, his style reached maturity, moving away from Dutch Mannerism towards the Classicism of van Campen. His most important secular work was the handsome Town Hall in Delft (1618–20), and he invented a type of gable for Amsterdam houses (e.g. on the Herengracht) that was less busy and more Classical than earlier examples. His son-in-law and pupil was Nicholas Stone, with whom de Keyser's son, Willem (1603–78), worked when living in London.