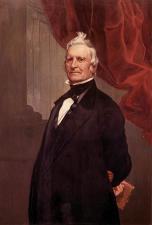 oxford
views updated
Papineau, Louis Joseph (1786–1871) French-Canadian politician. He opposed the union of Upper and Lower Canada. His quarrels with Britain, which rejected his plan for greater French-Canadian autonomy, incited his followers to rebellion (1837). He escaped arrest by fleeing to the USA, then to France. Granted an amnesty (1847), he returned to Canada and was a member of the unified legislature (1848–54).