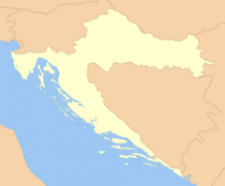 oxford
views updated
Carrington, Peter, 6th Baron Carrington (b. 1919). Carrington is one of the few hereditary peers to hold high office through the modern Conservative Party. After junior ministerial appointments, Carrington served as high commissioner in Australia 1956–9. He rose to prominence as opposition leader in the Lords after 1964 and became defence secretary in 1970. One of Heath's closest advisers, he was also party chairman (1972–4) and energy secretary (1974), advising Heath to call an election during the miners' strike of that year. Surprisingly, his career flourished under Margaret Thatcher, who found him one of the more congenial Tory grandees. But his appointment as foreign secretary ended in 1982 when he resigned, having failed to foresee the Argentinian invasion of the Falkland Islands. Public reincarnation came as secretary-general of NATO (1984–8) and subsequently as an unsuccessful mediator for the European Community in war-torn Yugoslavia. Endowed with geniality and good humour, Mrs Thatcher described Carrington as a ‘jolly Whig’.